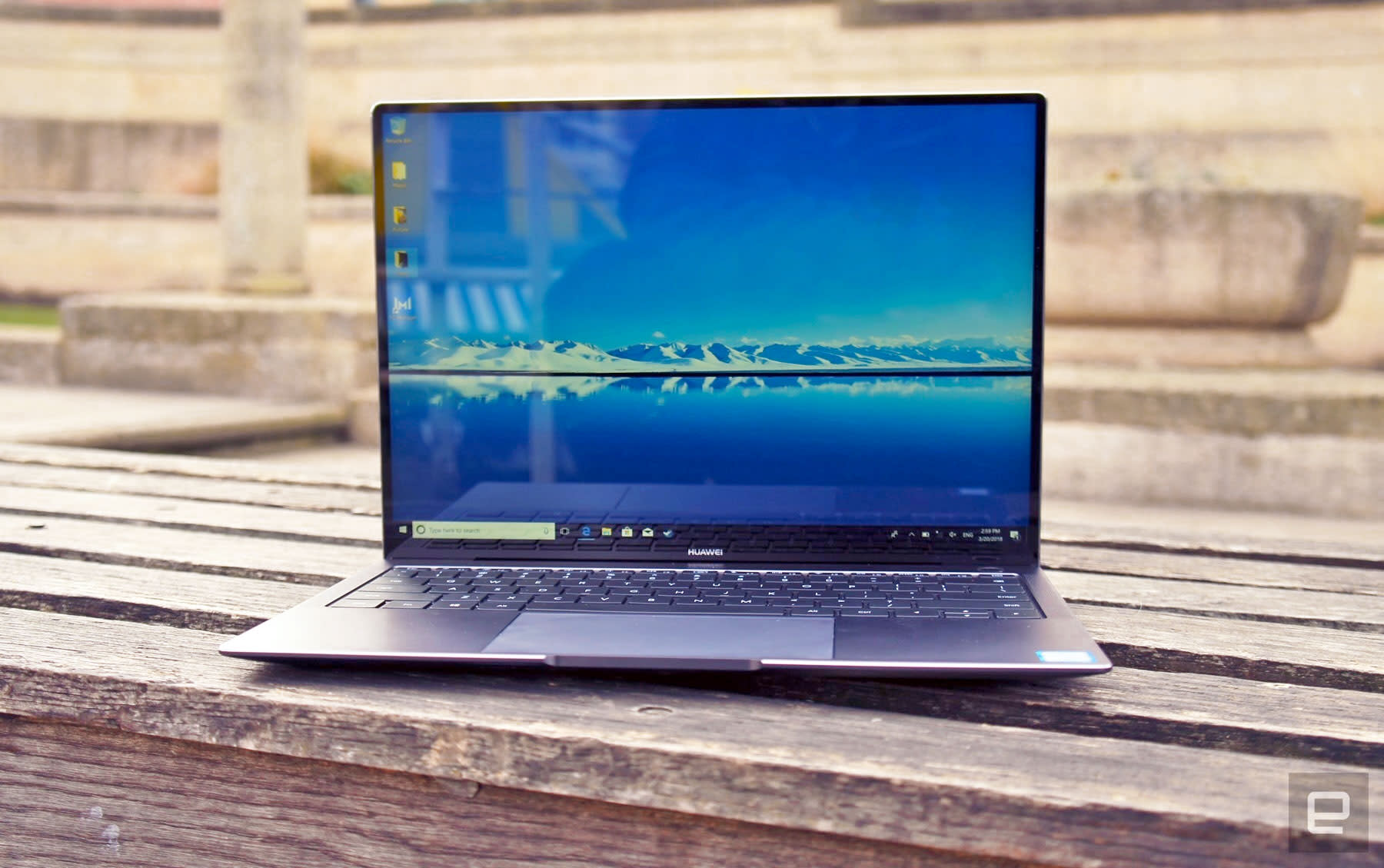 Huawei may be the subject of plenty of public scrutiny from America's security services, but the company still has a bundle of laptops to sell. Fresh from launches across rest of the world, Huawei is now bringing its newest MateBook X Pro to the US from today.

The MateBook X Pro's most notable feature is its pop-up webcam, which is nestled in the keyboard's function row, between the F6 and F7 keys. That way, you can avoid unsightly stickers clogging up your laptop and have the benefit of reducing the chances of getting your webcam hacked by nefarious types.

In our review, we found that the machine was well-engineered, with a beautiful, 14-inch 3K display in its 13-inch chassis. Unfortunately, our review unit had a slightly flaky trackpad that we're still waiting to learn was a one-off, or a more nefarious problem.

Those who would dismiss the MateBook X Pro as little more than a MacBook Pro rip would be mindful to spot that Huawei has improved upon its rival's design. Rather than going fully USB-C, the X Pro packs a traditional USB port for all those still unwilling to abandon their accessories.

The lower-spec model, which packs a Core i5 processor, 8GB RAM and a 256GB SSD, will set you back $1,199.99. Those looking for more power in their ultraportable laptop can spend $1,499.99 to get a version with a Core i7, 16GB RAM and a 512GB SSD. As a further incentive to spend, both versions come with a year of Microsoft Office 365 Personal and the MateDock 2 USB-C adapter thrown in.

In this article: gear, huawei, matebook, matebookxpro, personal computing, personalcomputing
All products recommended by Engadget are selected by our editorial team, independent of our parent company. Some of our stories include affiliate links. If you buy something through one of these links, we may earn an affiliate commission.