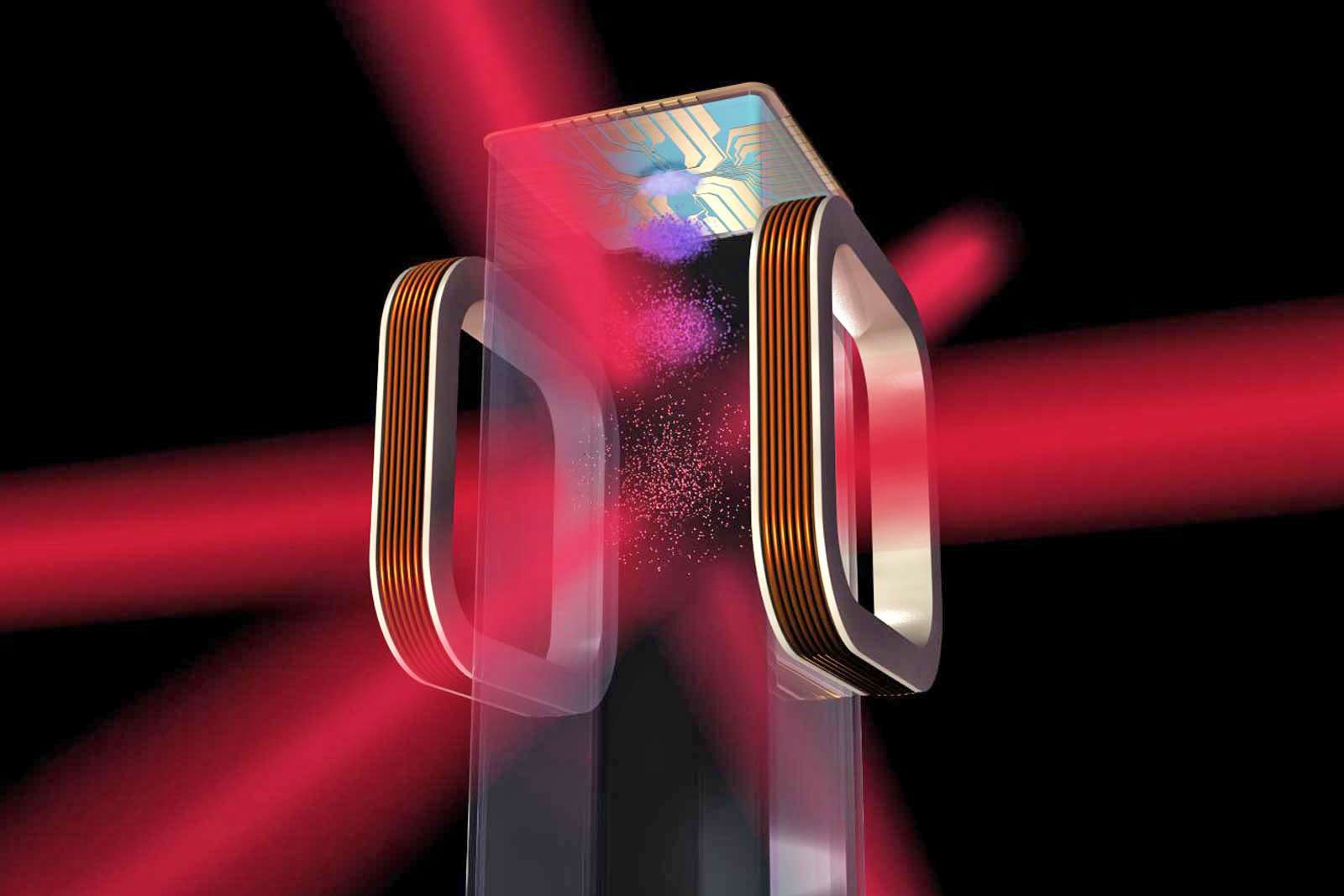 It's hard to study quantum behavior on Earth. You can amplify the effects of quantum mechanics by zapping groups of specific atoms (Bose-Einstein condensates) with lasers that drop their temperature to near absolute zero, but that only works for fractions of a second before gravity invariably takes over. NASA's solution? Create the coldest known place in the universe. The agency just launched the Cold Atom Lab, a box that takes advantage of microgravity aboard the International Space Station to keep condensates in that ideal state for much longer.

The box creates a temperature roughly 10 billion times colder than the vacuum of space, and then uses a combination of lasers and electromagnetism to slow atoms until they're virtually stationary. At that point, quantum mechanics override conventional physics and make the atoms behave more like waves than particles. In the very low gravity environment of the ISS, those atoms should hold their wave-like state for roughly five to 10 seconds -- still a brief window, but much easier to study.

The extra analysis time could lead to a greater understanding of quantum physics, which in turn could be applied to quantum computing. It may also help us detect dark energy, the most common substance in the universe. While you may not see results for a long time, the lab's impact might be felt for a long, long time to come.

In this article: atom, Bose-einsteinCondensate, caltech, coldatomlab, darkenergy, internationalspacestation, jpl, nasa, personal computing, personalcomputing, physics, quantumcomputing, quantumphysics, science, space, TL19QNTM, tomorrow
All products recommended by Engadget are selected by our editorial team, independent of our parent company. Some of our stories include affiliate links. If you buy something through one of these links, we may earn an affiliate commission.