It's basically a home server for OTA TV.

Dish's first AirTV was an intriguing set-top box that combined over-the-air (OTA) channels with Sling TV's streaming interface. The downside? It only worked with one TV at a time, and that set had to be near a good antenna reception spot. Today, the company is introducing an even more ambitious $120 AirTV (the previous device is now the AirTV Player), a home server that connects to your antenna and broadcasts OTA content to all of your gadgets. Even better, it'll also let you watch live TV when you're away from home. You can think of it as a completely legal alternative to Aereo, the defunct OTA streaming startup. AirTV is clearly targeted at existing Sling TV customers who've already committed to the cord-cutting lifestyle. It's a better option than paying for local channels through Sling TV, since the service doesn't yet cover every market. And by tuning into live over-the-air content, you've also got a wider assortment of local channels to choose from, all broadcast in bitrates much higher than you'd see from Sling or cable. It's also helpful if your TV is stuck somewhere that an OTA antenna won't reach.

Once you've set up AirTV, you'll be able to watch your live OTA channels from within the Sling TV app. There will also be a separate AirTV app for buyers without Sling service. In a brief demonstration at Dish's New York City office, tuning to new OTA channels typically took around two to three seconds. It's a bit slower than tuning to different Sling TV stations, but not annoyingly so (especially since it doesn't cost you any extra monthly fees). AirTV has dual tuners, so you and a family member will be able to watch different shows at the same time. Of course, your over-the-air experience will depend heavily on the quality and placement of your antenna, as well as the availability of channels in your area. Dish reps say it's looking into ways to simplify the setup process for new cord cutters. While the $120 AirTV isn't exactly cheap, it's far less expensive than the $400 TiVo Roamio Vox, which also combines streaming video with live OTA channels for a single set. 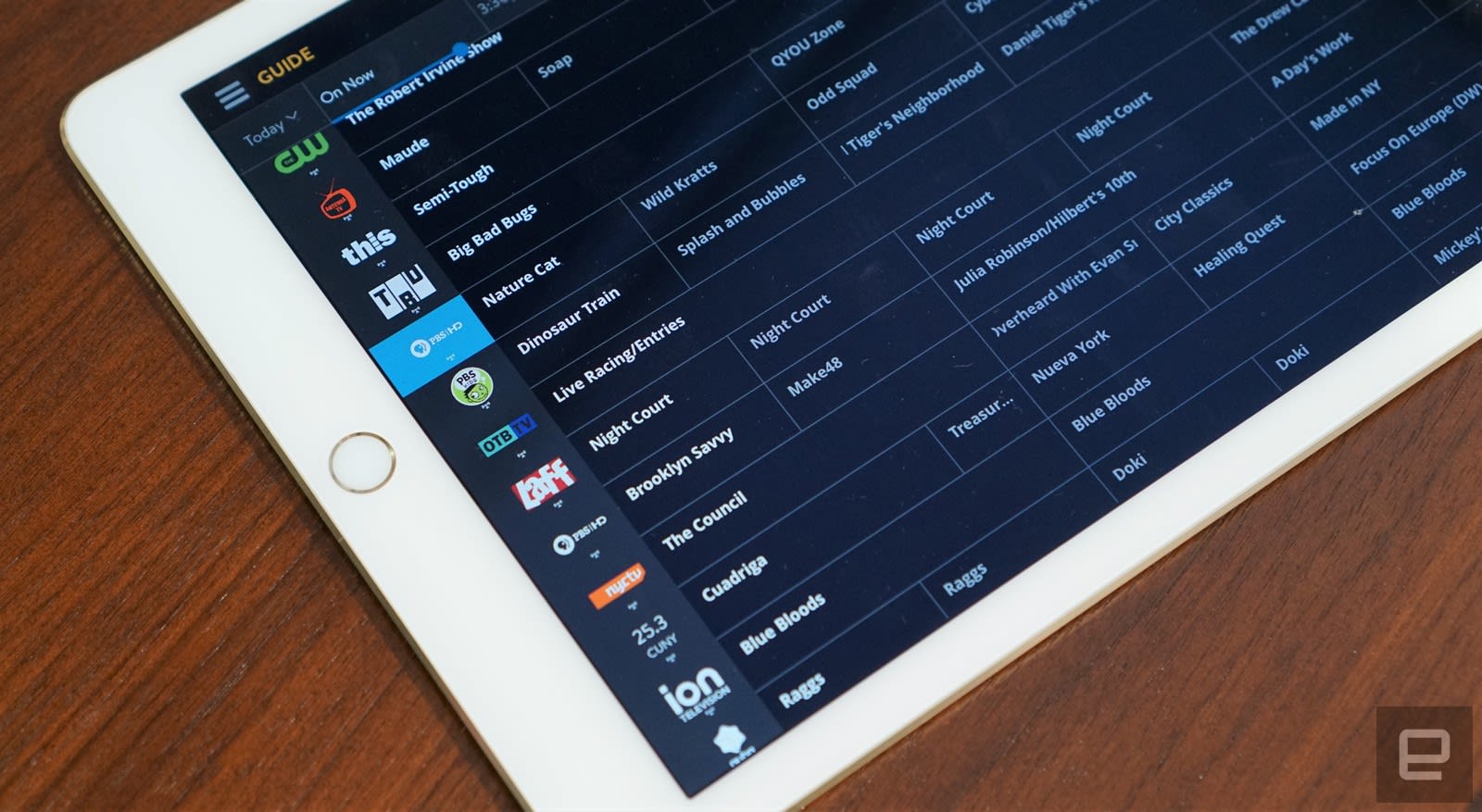 All products recommended by Engadget are selected by our editorial team, independent of our parent company. Some of our stories include affiliate links. If you buy something through one of these links, we may earn an affiliate commission. All prices are correct at the time of publishing.
Dish's new AirTV broadcasts over-the-air channels to all your devices
AirTV
av
Dish
entertainment
gadgetry
gadgets
gear
OTA