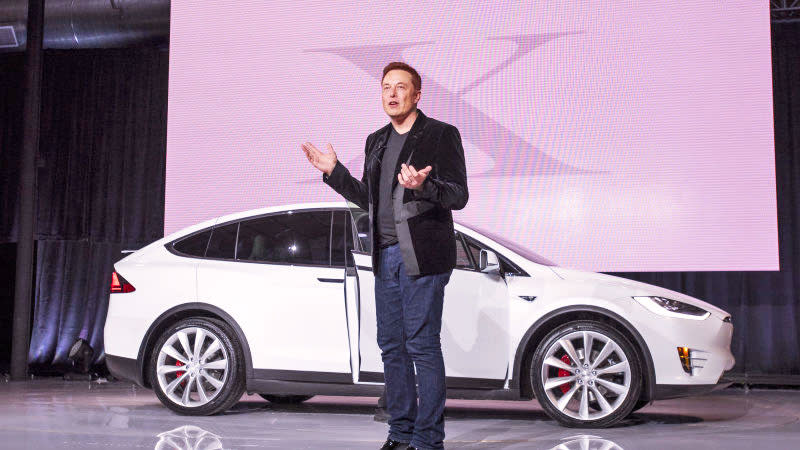 Remember when an Uber executive said some crazy shit at a dinner party about tracking and digging up dirt on journalists? Yeah, that was a stupid thing to do. Now Tesla CEO Elon Musk is walking down that same path. Except he didn't say it at a private shindig where he thought the world wasn't listening. It's on Twitter and it's ridiculous, dangerous -- and shouldn't he be building cars right now?

During a tweetstorm today the CEO blasted the press for its recent coverage of Tesla, including a damning report from Reveal about factory safety. It reached a crescendo when he tweeted the following:

Going to create a site where the public can rate the core truth of any article & track the credibility score over time of each journalist, editor & publication. Thinking of calling it Pravda ...

A quick history lesson: Pravda was the official newspaper of the Communist Party in the Soviet Union. It's still around.

So let's break down why this is both dumb and dangerous.

If we've learned anything in the past few years it's that confirmation bias is powerful. It allows people to disregard actual facts and instead only consume "news" that fits their preconceived notions about a topic. For example, if you love Tesla and a publication, let's say Consumer Reports, writes that the Model 3 has brake issues, you might reject that fact. Consumer Reports has no reason to lie about the stopping power of a car. It doesn't even accept advertising. But dammit, it's talking ill about the Model 3 and there's no way in hell you're going to let that slide.

The same can be said for the opposite end of the spectrum. If you hate Tesla and, really, all electric cars for whatever reason (maybe you were hit by lightning as a kid), you're going to vote down anything that praises the Model 3. (Like how much I liked driving the car.)

People have opinions, which is fine. I have opinions and sometimes I write opinion pieces. But there are also facts that publications report that typically require talking to multiple sources, fact-checking and making sure timelines and stories add up to a narrative. If you're a journalist who cares about journalism (which is literally every reporter I know), you want to make sure what you write is correct and sometimes, those words don't paint companies in the best light.

All companies have problems. ALL OF THEM. It's our job to find and report them. The higher profile the company, the more likely it'll be written about. Uber, Facebook, Twitter and Volkswagen have dealt with some insanely bad news in the past few years. Each handled their issues in different ways to mitigate the backlash from consumers. Mark Zuckerberg is going on a world tour where he doesn't answer the questions of government officials. Meanwhile, Volkswagen is buying back a whole lot of cars and some of its employees are being incarcerated.

What they didn't do is have their CEO jump on Twitter to blame the media.

It's easy to say that Twitter and Facebook don't matter. They're not real life. But what happens on the Internet spills into the real world. The cult of personality around Elon Musk is amazing. He's rallied people to care about the environment and nudged the auto industry to bring EVs to market quicker than they would have.

But going after the free press because they've been critical of your company is not how a CEO, visionary or even an adult reacts to criticism and it has real-world consequences. See Pizzagate, Gamergate and really anything that has the word "gate" in it where the tagline is "ethics in journalism."

It's easy to draw the comparisons with the Trump administration. The president has taken it upon himself to attack the press whenever something pops up that he doesn't agree with. He's been joined by legions of fans who, instead of just looking at the facts, have let confirmation bias color how they ingest the news and perceive the "mainstream media." Whatever that means.

At political events, the press are shoved, spit on and yelled at. That's the type of power a Twitter account with an enormous follower count has. Does Musk have as much power as Donald Trump? Probably not, but all it takes is one angry follower to decide that the review of a Model 3 wasn't fair and act upon that and go after a journalist.

The media does a fine job policing itself. No group is quicker to call shenanigans on a colleague than the press. We're ruthless with each other. We're ruthless with our friends. We make mistakes and we own up to them in our articles. No one and no publication is perfect, and we're all very aware of that. We understand that words have meaning and fact-finding is part of our DNA.

Plus, we're attacked all the time by readers, other publications, peers, companies and now the CEO of a company that's building cars, battery packs and solar panels because he wants a cleaner tomorrow. We're used to it. We have thick skin. It's basically Adamantium at this point.

Musk is angry or frustrated, or maybe a combination of both. But I'm sorry, he's going to have to grow a thicker skin if he truly wants to the change the world. Tesla gets a ton of glowing press because Tesla wants people to buy its cars and its CEO wants to make the skies above our heads bluer. Also, while the US government seems to have abandoned Puerto Rico, Tesla has stepped in with Powerwalls to help the island get the lights back on.

But it works both ways.

Today I tweeted this:

Telsa has already said it's going to fix its brakes. That tweet was over the line. I'm not going to delete it because it's a reminder that sometimes we get a little frustrated and angry on Twitter when we're attacked. I also said this:

I'm not here to make friends with PR or companies. I'm here to write articles about things that I believe people care about. When a company does something I think is good, that's what I write. If they do something bad, I write that. https://t.co/HLXeiT37Bs

I stand by that. I'm not here to make friends. I'm here to report. If Tesla brings me a car and I find it to be outstanding, I'll write that. What Musk wrote today won't change that because that's not how journalism works. It's not about vendettas. If it was, every Apple product would be ripped apart.

Elon Musk doesn't need to make friends with the press, but he needs to understand how it works and maybe let some things slide before I have to write another article like this when I should be writing that Tesla has finally met its Model 3 production goals.

Comments to this article were available for 24 hours after publication only, and have since been closed.

In this article: business, elonmusk, gear, journalism, model3, opinion, tesla, TL18EMSK, transportation, twitter
All products recommended by Engadget are selected by our editorial team, independent of our parent company. Some of our stories include affiliate links. If you buy something through one of these links, we may earn an affiliate commission.