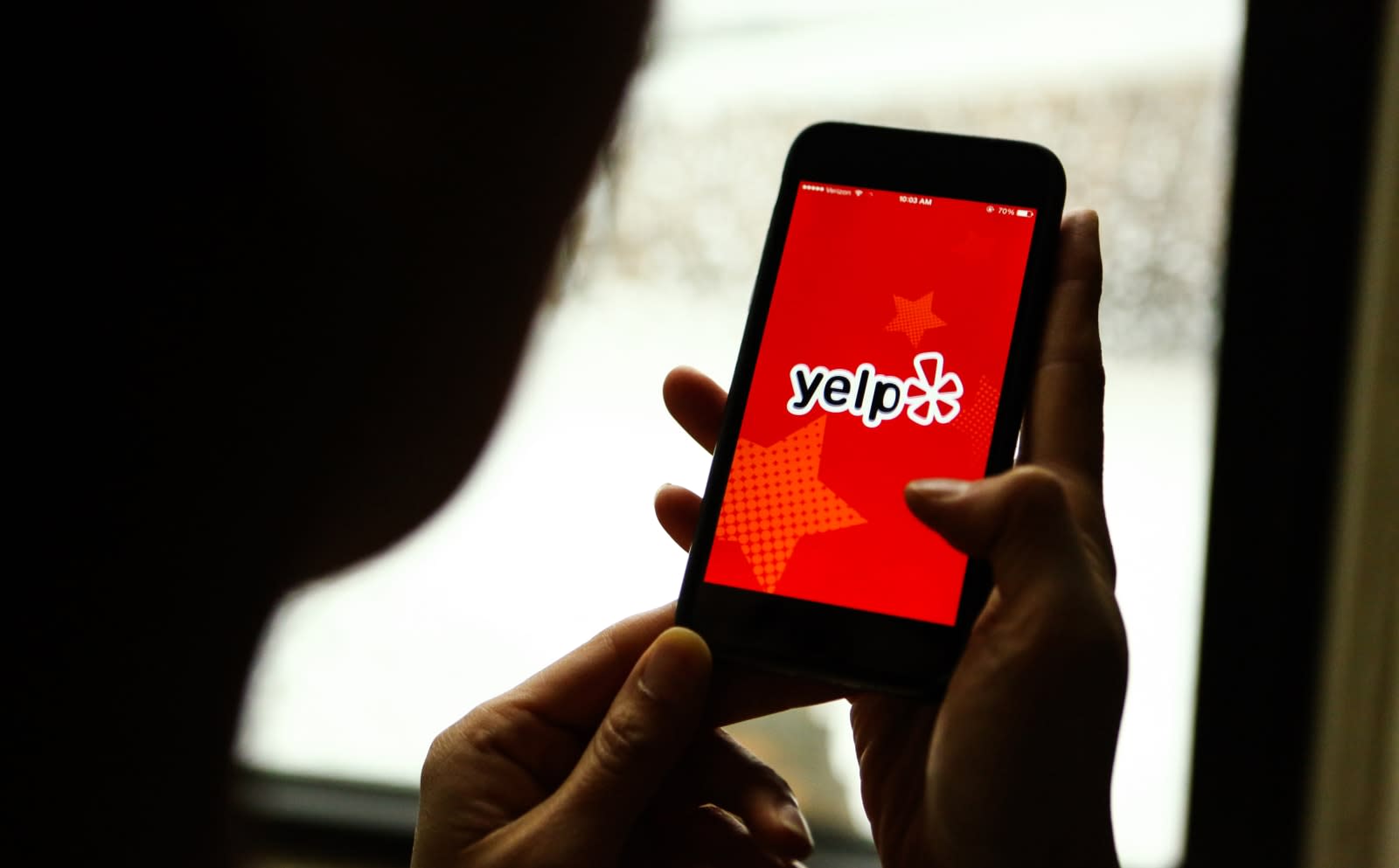 Google still gives its own products an unlawful advantage in search results -- that's what Yelp co-founder Jeremy Stoppelman said on CBS' 60 Minutes. That's also the crowdsourced reviews website's reason for filing another another complaint with the European Union's antitrust authorities, asking them to launch new charges against the tech giant. According to the documents The Financial Times saw, Yelp argued that Google tends to put Local Search links at the top of the results page while placing Yelp's, TripAdvisor's and similar services' links much further down.

"If I were starting out today," Stoppelman said, "I would have no shot of building Yelp. That opportunity has been closed off by Google and their approach." Yelp first filed a similar complaint against Google back in 2014, but it didn't lead to a formal charge. EU antitrust authorities imposed a $2.9 billion fine on the tech giant in 2017, but that probe focused on accusations that Google put results from its own comparison shopping service higher than its rivals'.

Yelp is asking EU antitrust watchdogs to move quickly in order to remedy the situation, saying that Google is harming both consumers and competitors by giving priority to its own products. As a response to its accusations, a Google spokesperson said in a statement:

"Our responsibility is to deliver the best results possible to our users, not specific placements for sites within our results. We understand that those sites whose ranking falls will be unhappy and may complain publicly."

The reviews website disagreed -- it said Google does the opposite of that -- and even produced a video explaining its stance:

In this article: antitrust, business, eu, gear, google, yelp
All products recommended by Engadget are selected by our editorial team, independent of our parent company. Some of our stories include affiliate links. If you buy something through one of these links, we may earn an affiliate commission.