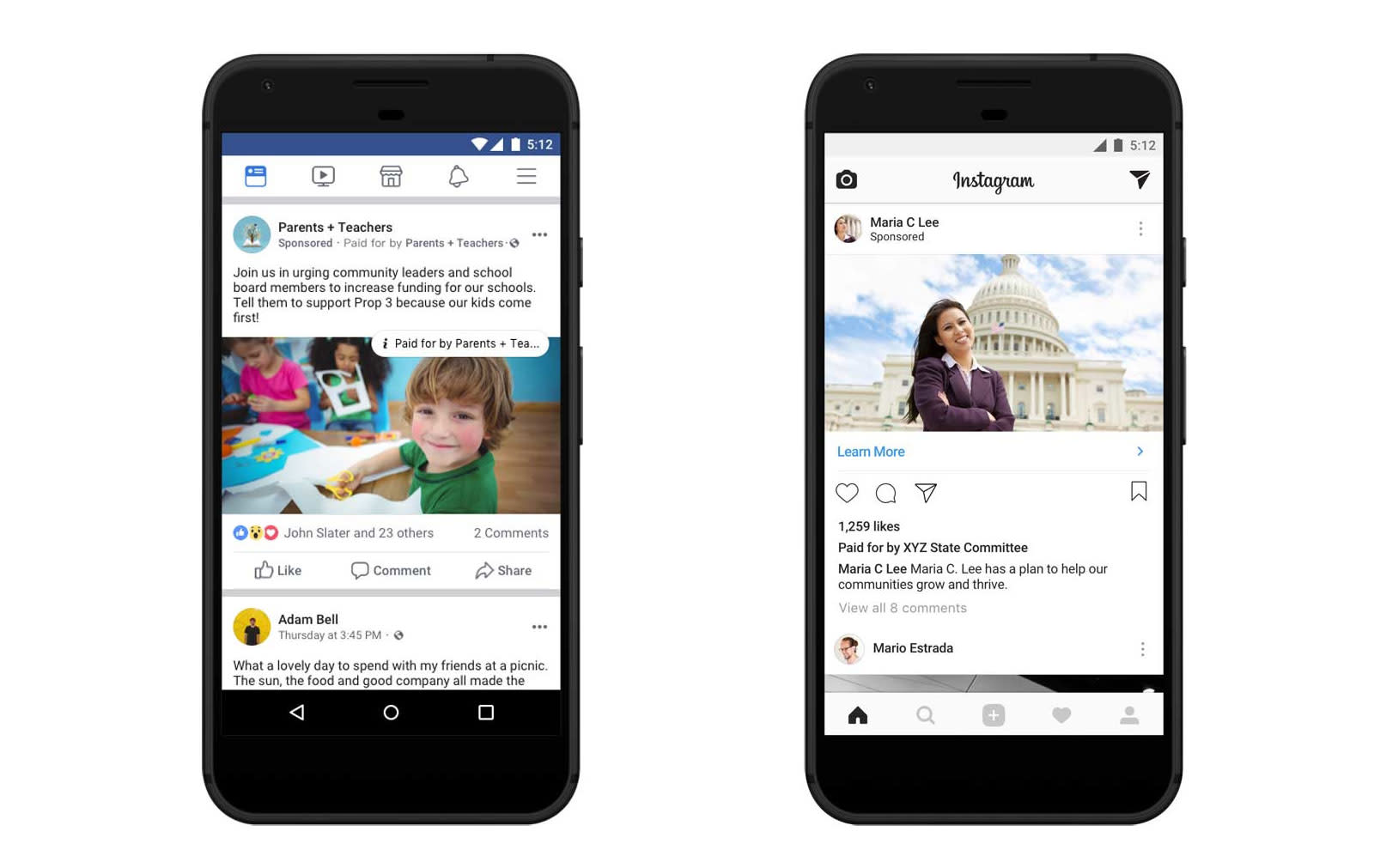 Facebook is acting on its promise to show who paid for political ads. Starting today, election- and issue-related ads on Facebook and Instagram must carry a "paid for by" label at the top of the ad. Click on those labels and you'll visit an archive that will show you details about the ad, including its budget and audience demographics like age, gender and location. The archive will only cover US political and issue ads for "up to" seven years at launch, but that should be enough to review recent elections.

Katie Harbath, Facebook's global politics and government outreach director said that, in the future, the archive will include political ads from elections outside of the US. As for the seven years timing for the searchable database, she said the idea was to cover most political cycles around the world. In terms of which issues actually qualify, Facebook is currently relying on a list of 20 "initial" issues (generated with the help of the Comparative Agendas Project) that cover a gamut of hot button subjects like civil rights, reproduction and terrorism.

Facebook also outlined how it intends to enforce its new policy. It plans to inspect the images, text and target audience for ads, and will check links whenever an ad points someone to an external website. Facebook has promised that its system will catch unauthorized ads, too, although it's quick to acknowledge that it might "miss some ads" and flag others by mistake.

Between these latest moves and Facebook's recent insistence on verifying political ad buyers in the US, the company's goals are clear: it wants to avoid even the slightest chance of interference from Russia and other bad actors in future elections, particularly the 2018 US mid-terms. The company is well aware that it lost a lot of trust over the issue from both users and politicians, and that inaction on its part could lead to regulation. It doesn't consider the issue solved -- it acknowledged that there are "smart, creative and well-funded adversaries" who will likely step up their game. However, these measures might just discourage 'casual' election meddling and limit the impact of particularly determined manipulators.

In this article: ads, advertising, facebook, gear, instagram, internet, politics, russia, socialnetwork, socialnetworking
All products recommended by Engadget are selected by our editorial team, independent of our parent company. Some of our stories include affiliate links. If you buy something through one of these links, we may earn an affiliate commission.