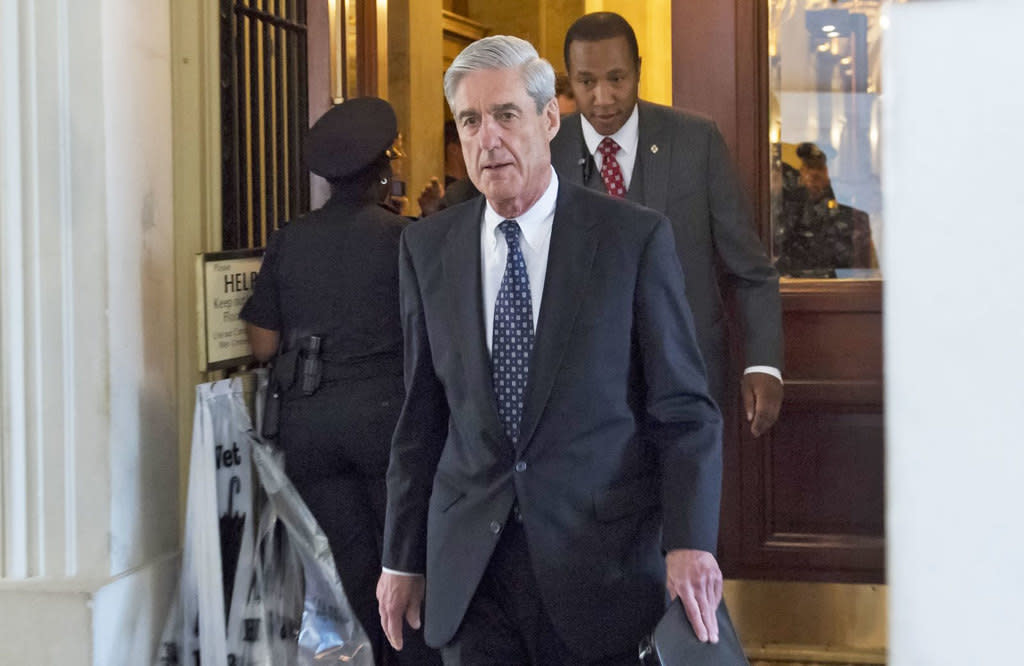 Today, the office of special counsel Robert Mueller announced that a federal jury has indicted 13 Russian nationals on charges of conspiracy to commit wire and bank fraud, aggravated identity theft and conspiracy to defraud the US. The charges mean that these individuals are now officially wanted by the US government, though actual arrests may be hard to come by. "Defendant Internet Research Agency LLC is a Russian organization engaged in operations to interfere with elections and political processes," says the indictment. "Beginning as early as 2014, [it] began operations to interfere with the US political system, including the 2016 US presidential election."

The indictment alleges that the named individuals were involved in illegal use of social media platforms all in an effort to encourage political division and promote the campaign of Donald Trump. "US law bans foreign nationals from making certain expenditures or financial disbursements for the purpose of influencing federal elections," says the indictment. "US law also bars agents of any foreign entity from engaging in political activities within the United States without first registering with the Attorney General. And US law requires certain foreign nationals seeking entry to the United States to obtain a visa by providing truthful and accurate information to the government." The charges claim that the 13 Russian nationals violated those laws.

According to the indictment, Russia's Internet Research Agency registered with the Russian government as a corporation in 2013 and proceeded to work through various other business entities thereafter in an attempt to hide its actions. It reportedly employed hundreds of people, created numerous fake personas and worked toward goals that included conducting "information warfare against the United States of America" and "spreading distrust towards the candidates and the political system in general." The indictment details a number of efforts undertaken in pursuit of these goals including in-depth analysis of groups on social media sites, travel to the US to collect intelligence, communications with US political groups and the purchase of advertisements.

By 2016, the Internet Research Agency is said to have begun focusing on the presidential election. It allegedly instructed its staff to spread negative information about Hillary Clinton, Ted Cruz and Marco Rubio saying, "Use any opportunity to criticize Hillary and the rest (except Sanders and Trump -- we support them)." Those indicted are also said to have organized political rallies in Florida, New York and Pennsylvania ahead of the election as well as rallies after the election that were both in support of and against Donald Trump's victory. The indictment notes extensive use of Facebook, Twitter and Instagram throughout the Internet Research Agency's efforts.

All 13 individuals have been charged with conspiracy to defraud the US while only a portion were indicted on the other two charges. In a statement today, Deputy Attorney General Rod Rosenstein said, "The Department of Justice will continue to work cooperatively with other law enforcement and intelligence agencies, and with the Congress, to defend our nation against similar current and future schemes. I want to thank the federal agents and prosecutors working on this case for their exceptional service."

In this article: election, ElectionMeddling, facebook, gear, indictment, instagram, internet, politics, RobertMueller, russia, security, twitter
All products recommended by Engadget are selected by our editorial team, independent of our parent company. Some of our stories include affiliate links. If you buy something through one of these links, we may earn an affiliate commission.