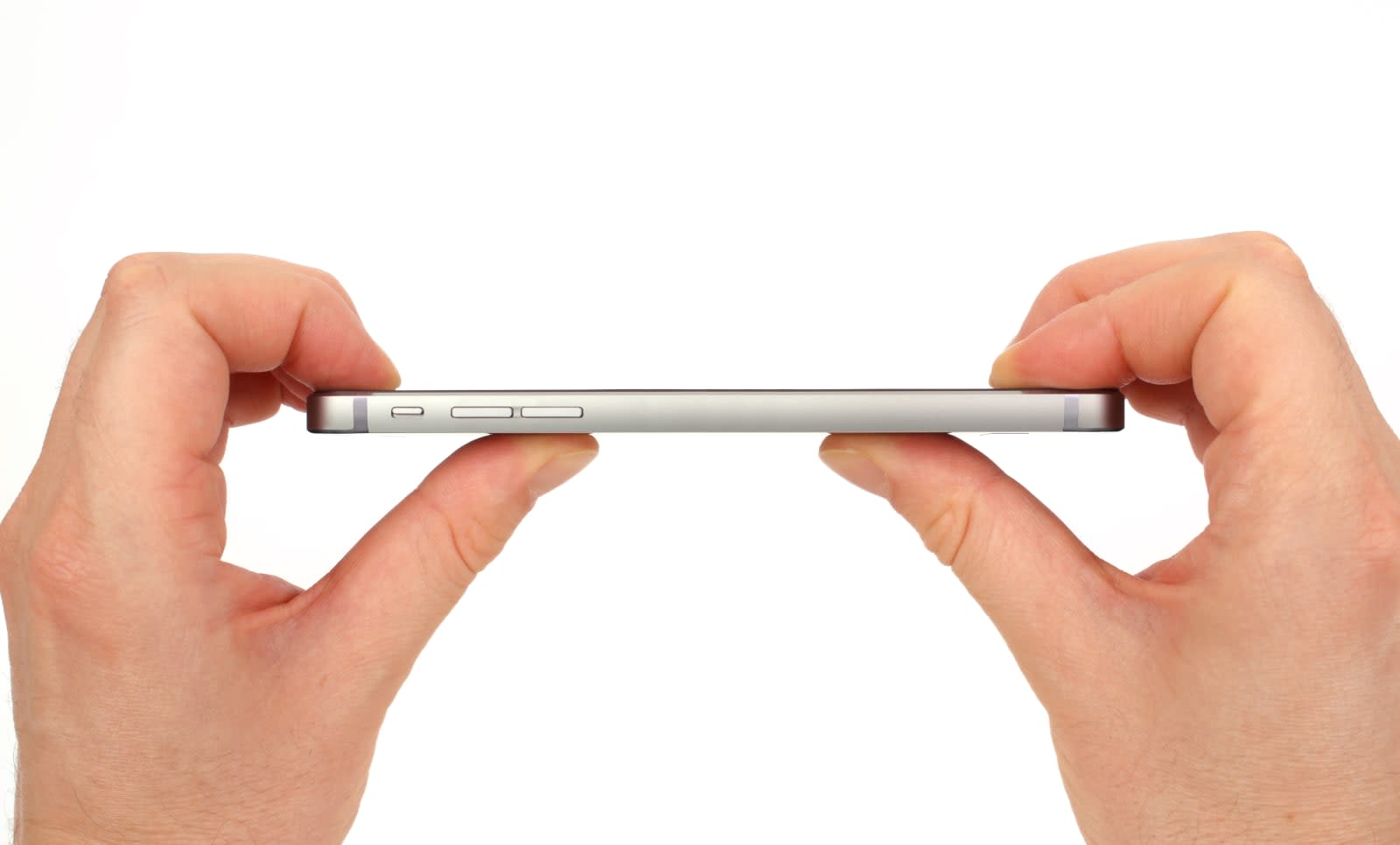 When Apple responded to complaints about bent iPhone 6 devices, it said damage caused regular use is "extremely rare." It also reiterated that the model went through durability testing to make sure it can withstand daily use and even invited the press to show how it conducts stress testing. Now, internal documents from a court filing have revealed that Cupertino knew from the start that the iPhone 6 was 3.3 times more likely to bend than the iPhone 5s. The bigger 6 Plus? It was 7.2 times more prone to bending.

Those are the results of an internal testing based on the documents Motherboard obtained from a class-action lawsuit. The plaintiffs in that case accuse the company of misleading customers about the infamous touch disease, which is caused by the Touch IC chip getting partially dislodged from the logic board due to bending or flexing from normal use. If you'll recall, phones with the touch disease develop a flickering gray bar at the top of the screen, and their touch function would only work every once in a while or would stop working altogether.

US District Court judge Lucy Koh wrote in the documents that "one of the major concerns Apple identified prior to launching the iPhones was that they were 'likely to bend more easily when compared to previous generations'." That indicates that the company knew about the issue before it even started selling the device.

The documents have also revealed that Apple quietly reinforced the part of the logic board associated with the touch disease with underfill in May 2016, over a year after the model was launched. Apple apparently made that decision after an internal investigation found that the underfill was necessary to avoid the "manifestation of chip defects induced by bending because it reinforces the connections and prevents them from bending away from the substrate." Previous models had underfill, but the company initially chose not to fortify the iPhone 6's logic board with it.

While the tech giant eventually acknowledged the issue and offered to fix affected iPhone 6 Plus devices for $149, it blamed the issue on owners dropping their phones on hard surfaces. Motherboard says it also didn't disclose that newer iPhone 6 devices went through engineering changes.

In this article: apple, bendgate, gear, iPhone, iPhone6, iphone6bend, iPhone6plus, mobile
All products recommended by Engadget are selected by our editorial team, independent of our parent company. Some of our stories include affiliate links. If you buy something through one of these links, we may earn an affiliate commission.