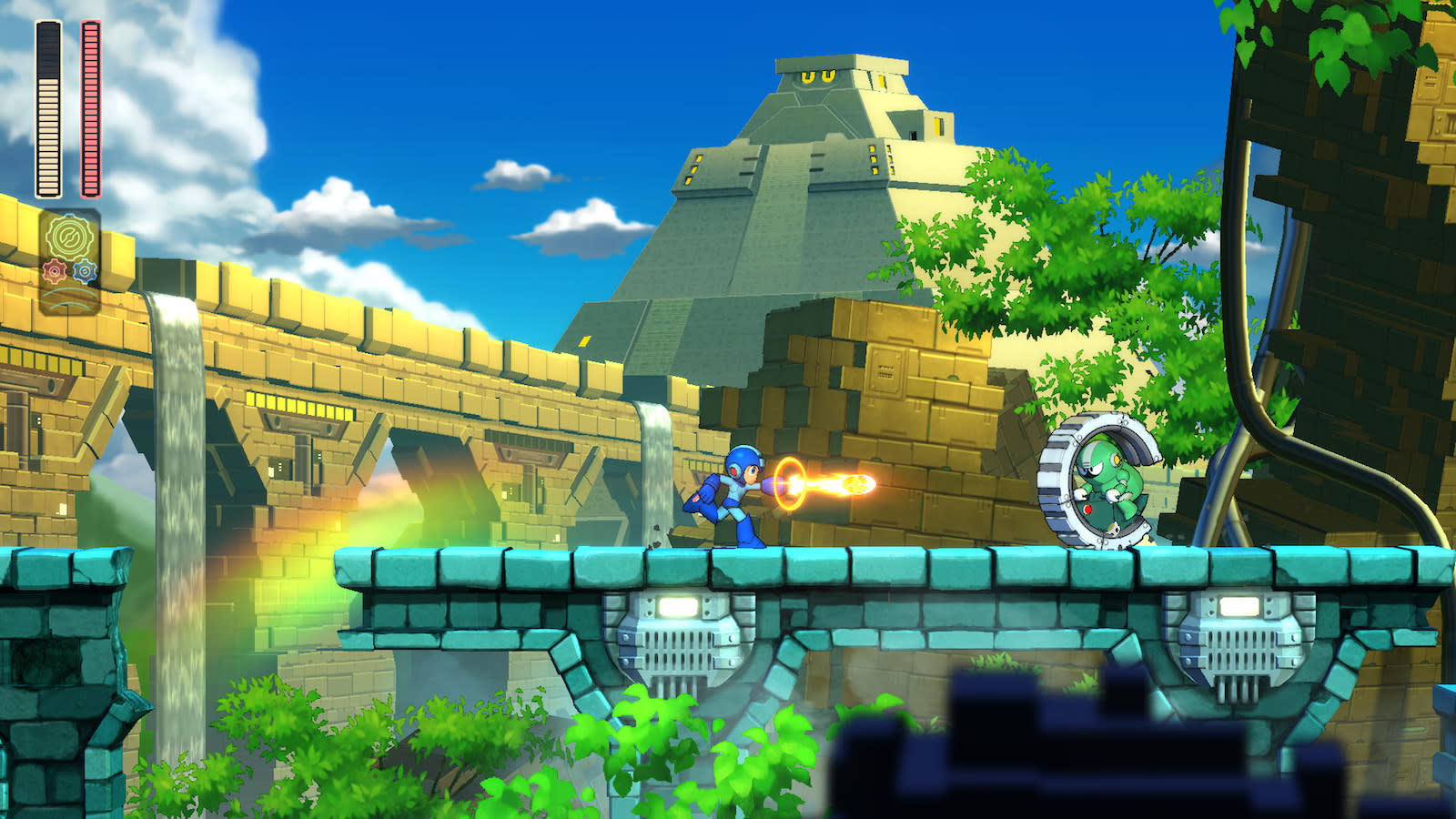 Last year, Capcom announced that Mega Man 11 would be released sometime this year in celebration of the franchise's 30th anniversary. Today, the company announced the date for that release: October 2nd. It will be available on PlayStation 4, Xbox, Nintendo Switch and Windows PC.

The plot follows the series villain, Dr. Wily, who decides to invest in a new idea he studied at university at the same time that Dr. Light, Mega Man's creator, adds these upgrades to Mega Man. This installment will retain the gameplay of the series, while also adding in new challenges and powers to keep things interesting. Speed Gear will allow players to slow time down, while Power Gear will give Mega Man the ability to charge the Mega Buster to be even more powerful. Double Gear will allow players to use both these abilities at once when health is critically low.

In this article: av, capcom, gaming, megaman, megaman11
All products recommended by Engadget are selected by our editorial team, independent of our parent company. Some of our stories include affiliate links. If you buy something through one of these links, we may earn an affiliate commission.