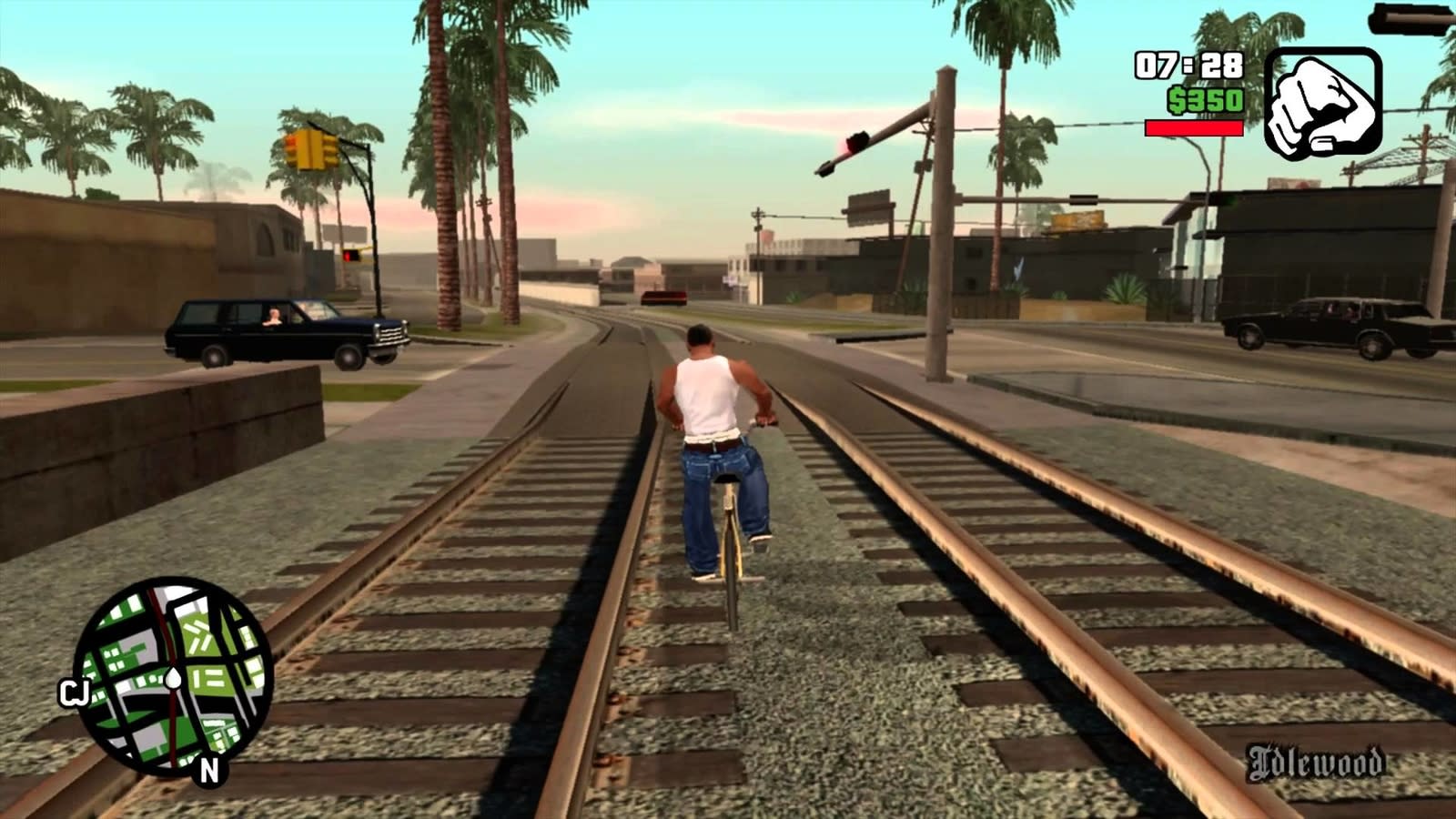 If your Xbox copy of Grand Theft Auto: San Andreas is stashed away on a shelf somewhere, you might want to pull it out as you'll have some use for it again next week. Starting next Thursday, Rockstar Games is adding backwards compatibility for the game on Xbox One, as well as Midnight Club: Los Angeles and the slightly off-brand Rockstar Games presents Table Tennis.

The San Andreas compatibility is a boon for GTA fans. The story of Carl Johnson trying to save his family is often hailed as one of the best games ever, and it's one of the highest-selling games of all time. Either the Xbox and Xbox 360 copy will work on your new-fangled console, but Xbox saves won't transfer. If you do have the OG Xbox version, you can download the Xbox 360 HD remaster with better draw distances and the all-important Achievements.

These three games join Red Dead Redemption on Rockstar's backwards compatibility roster. As ever, if you purchased digital versions of the games, they'll pop up in your Ready to Install tab when they become available on Xbox One. If you have a disc, you can insert it and download a port of the game. We're looking forward to seeing lots of wheelie record attempts in Los Santos on Twitch very soon.

In this article: av, BackwardsCompatibility, gaming, GrandTheftAuto, grandtheftautosanandreas, GTA, gtasanandreas, midnightclubla, tabletennis, xbox, xbox360, XboxOne
All products recommended by Engadget are selected by our editorial team, independent of our parent company. Some of our stories include affiliate links. If you buy something through one of these links, we may earn an affiliate commission.