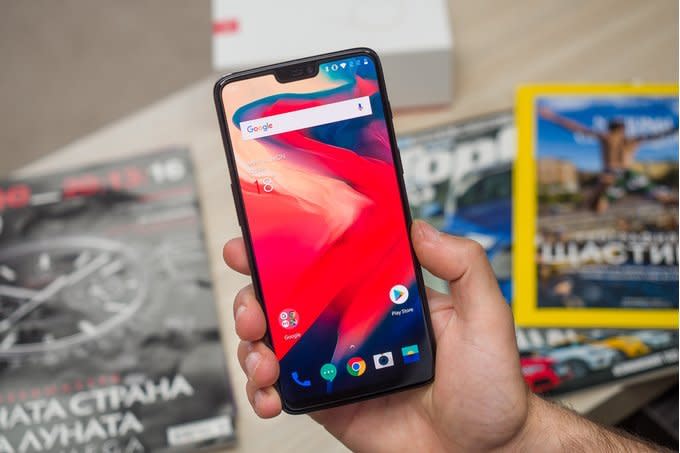 For smartphones without home buttons, face unlocking has become a necessary and ostensibly more secure method for preventing unauthorized access. The iPhone X and Samsung Galaxy S9 have adopted the technology, but it turns out there's a way to cheat the system -- for the OnePlus 6, anyway. Twitter user @rikvduijn discovered that it's possible to exploit the face unlock feature with a printed color copy of the phone owner's face.

In fact, a black and white photo works just as well. This leaves OnePlus 6 owners hoping to rely on face unlock protection in a precarious position -- particularly since bypassing the barrier takes just seconds. Apparently, the flaw lies within the technology itself; rather than mapping facial structures into a 3D model as per iPhone X, the OnePlus 6's face unlock determines the distance between different areas on your face, and compares that image to the original scan.

In a statement to Phone Arena, OnePlus clarified that face unlock was designed "around convenience". The feature isn't switched on for apps like banking or payments, and advised owners to use a PIN, password and/or fingerprint sensor for more trustworthy security. The company added that it is "constantly working" to improve all of its technology.

Of course, no face ID is entirely foolproof. Last year Bkav security researchers constructed 3D masks that were able to trick the iPhone X into unlocking.

In this article: faceid, faceunlock, gear, mobile, oneplus, oneplus6, security
All products recommended by Engadget are selected by our editorial team, independent of our parent company. Some of our stories include affiliate links. If you buy something through one of these links, we may earn an affiliate commission.