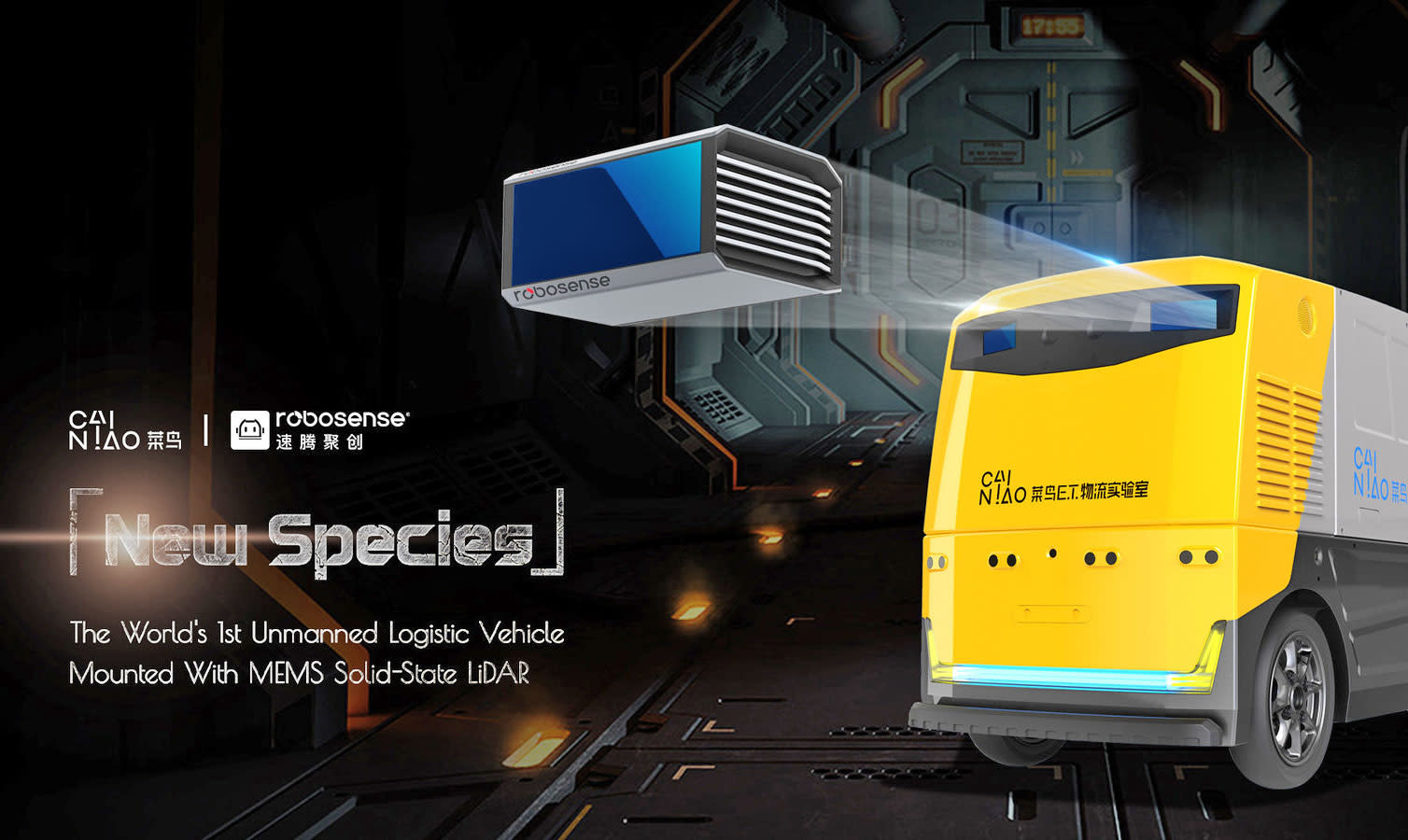 Unlike its car vending machine concept, Alibaba's ideas for robots have been more mundane and mainly confined to warehouses (the same kind that Amazon uses). But today, the Chinese ecommerce titan introduced a package-delivering 'bot that uses LiDAR to navigate around. The package locker it carries uses facial recognition to ensure it's got the right recipient before popping open its doors.

The G Plus, as it's called, is being developed with Chinese company RoboSense. The robotics outfit lends its LiDar technology to the robot, which uses it for the same purpose as self-driving cars: To create a 3D map of its surroundings and avoid obstacles. The G Plus is essentially a delivery locker on wheels, capable of carrying packages and food at a sedate (and pedestrian-friendly) pace, maxing its speed at under ten miles per hour and dropping it to just over six if there are people or cars around.

In a press release, Alibaba and Robosense touted the G Plus as a reduced cost option compared to cars or delivery trucks, as well as being easier to mass-produce. The company is testing the unmanned vehicle on roads around its headquarters in Hangzhou and expects to start building them by the end of 2018.

In this article: alibaba, delivery, robots, transportation, unmanned
All products recommended by Engadget are selected by our editorial team, independent of our parent company. Some of our stories include affiliate links. If you buy something through one of these links, we may earn an affiliate commission.