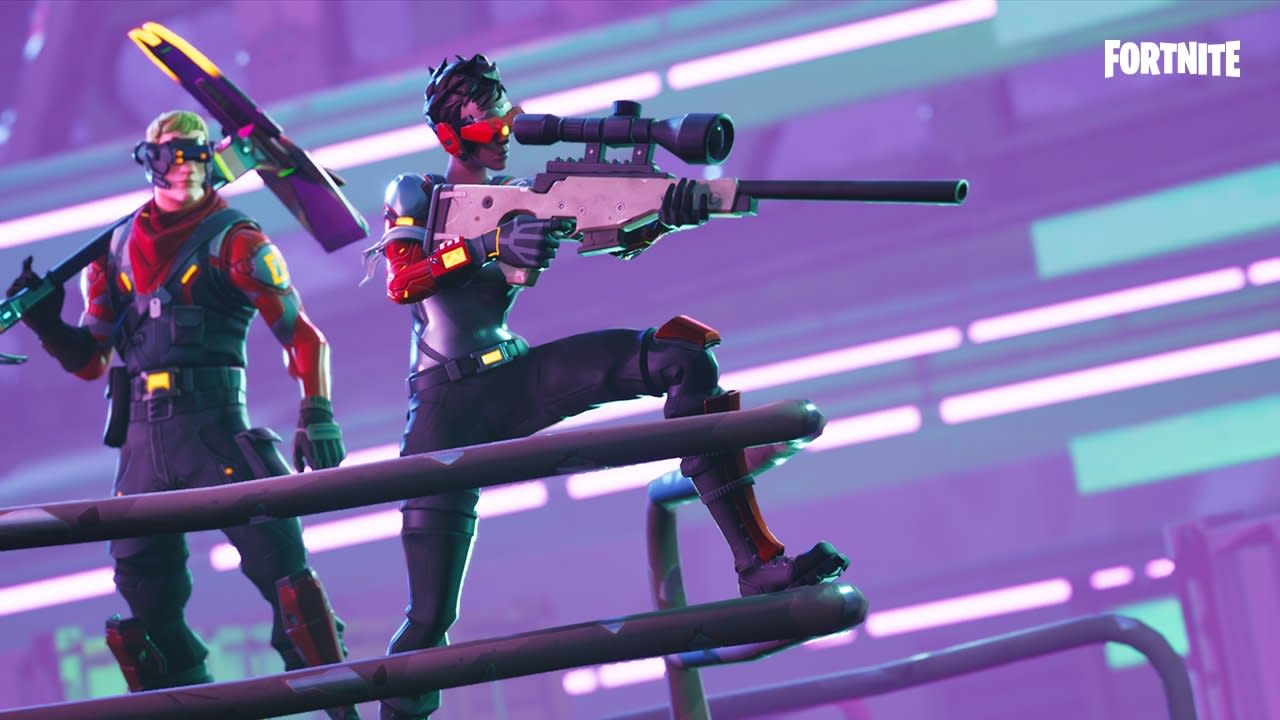 Since its launch last September, Fortnite has already appeared on PS4, PC, Xbox and your iPhone, but it's not stopping there. Rumors suggest a NintendoSwitch release, soon — which would go nicely alongside that Android port we've been promised this summer. First up, a leaked E3 document from 4chan yesterday outlined a showroom display for Nintendo's hybrid console lineup that includes Fortnite (alongside Mario Tennis Aces, Dragonball FighterZ and several more titles). Kotaku sources backed up the claims, and then hours ago Fortnite made another appearance, this time on the Korean game ratings board (GRAC), headed for the Switch once again. The filing doesn't give that much away, yes there's cartoon violence and in-game purchases, but you knew all that already, right?

Fortnite for Nintendo Switch has just popped up on the Korean ratings board https://t.co/SDx3hfd5m1 pic.twitter.com/0QeWbU6iKi

That said, both leaks outline Fortnite, not Fortnite Battle Royale. It could be that only the single-player game is headed to the Switch, but that seems unlikely. Fortnite's success is almost entirely down to its free-to-play Battle Royale mode.

The Switch arguably the only portable console the game can land on, and Nintendo's latest console continues to go from strength to strength. The cartoon style of the game also seems a better fit than the more realistic military vibes of its Battle Royale rival, PUBG. The good news is that E3 is mere weeks away, and we're certainly ready to see how it handles on Switch controls. Perhaps all those hours in Splatoon 2 will come in useful.

In this article: e3, e32018, fortnite, gaming, internet, ios, leak, nintendo, ps4, rumor, services, switch
All products recommended by Engadget are selected by our editorial team, independent of our parent company. Some of our stories include affiliate links. If you buy something through one of these links, we may earn an affiliate commission.