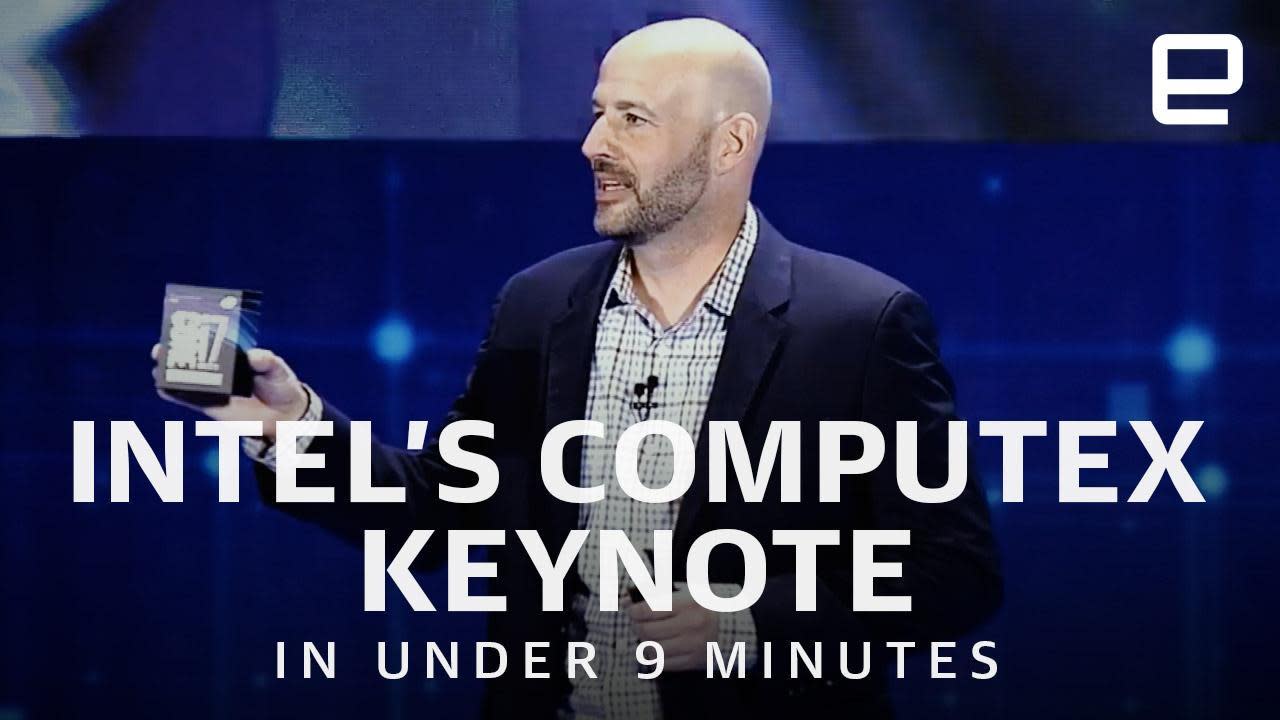 Intel had a surprising amount of news in store for Computex. The chip giant announced the special edition 8086K processor, which is its first desktop chip to reach 5GHz boost speed. It also formed a new partnership with Sprint to sell 5G PCs next year, and revealed new technology for low power LCD displays. Giving us a glimpse of what's ahead, we saw a preview of Lenovo's Yoga Book 2, and a demo of Intel's 28-core 5GHz CPU (which it plans to release by the end of the year).

In this article: computex, computex2018, gadgetry, gadgets, gear, intel, personal computing, personalcomputing
All products recommended by Engadget are selected by our editorial team, independent of our parent company. Some of our stories include affiliate links. If you buy something through one of these links, we may earn an affiliate commission.