In place of a keyboard, the second version will have another display.

ASUS may be turning heads with its concept dual-screen laptop here at Computex 2018, but let's not forget that other companies have tried similar things before. (ZTE's Axon M, anyone?) Lenovo, for one, isn't going to let ASUS hog the spotlight, and unveiled its second-generation Yoga Book at Intel's keynote at the show.

If you recall, the original Yoga Book is a ten-inch convertible that has a screen on one side and a smooth surface facing the display where you'd expect a keyboard. It had something Lenovo called a "halo keyboard," which used the touch-sensitive surface, light haptic feedback and outlines of keys in place of actual buttons. Getting rid of a proper keyboard allowed the company to not only make the Yoga Book much thinner than other convertibles, but also integrate a writing surface that digitized your scribbles, even when the primary display is off. 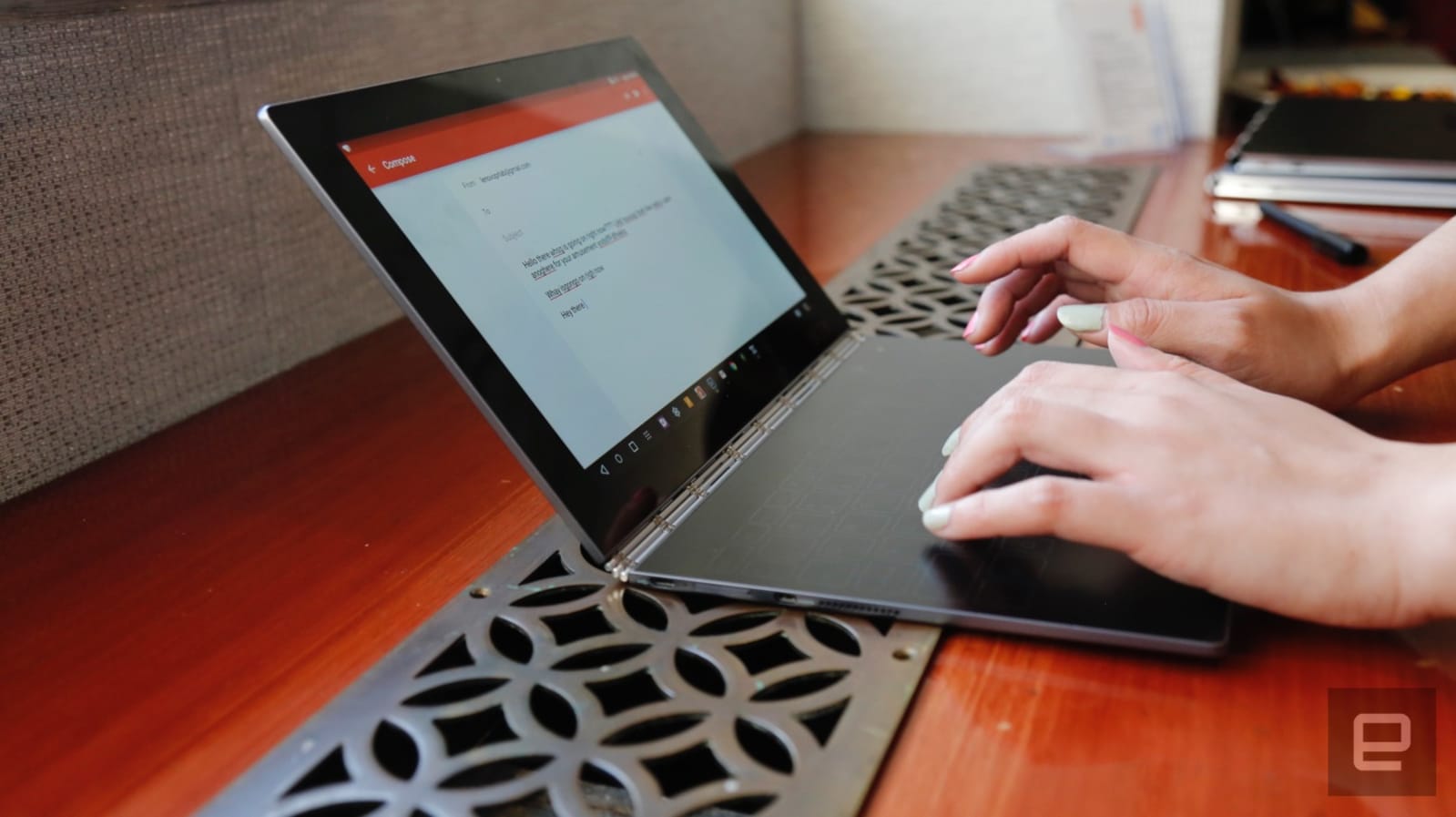 Ultimately, the first Yoga Book was more of a novelty that wasn't executed very well. The second-generation, however, will feature dual display panels instead of simply a touch-sensitive surface and a screen. It'll also offer an "enhanced inking experience" and an "AI-enabled" keyboard, although the company did not clarify what this might mean (we're guessing some sort of predictive typing). Powering it will be more powerful Intel CPUs.

That's all Lenovo has shared so far, and it promised more details later this year. This tasty teaser might be light on details, but it's intriguing to see that companies like Lenovo and ASUS are investing in dual-screen devices. Is this the future of laptops and convertibles? We'll have to wait and see.

All products recommended by Engadget are selected by our editorial team, independent of our parent company. Some of our stories include affiliate links. If you buy something through one of these links, we may earn an affiliate commission. All prices are correct at the time of publishing.
Lenovo's new Yoga Book actually has dual screens
Computex2018
gadgetry
gadgets
gear
intel
lenovo
LenovoYogaBook