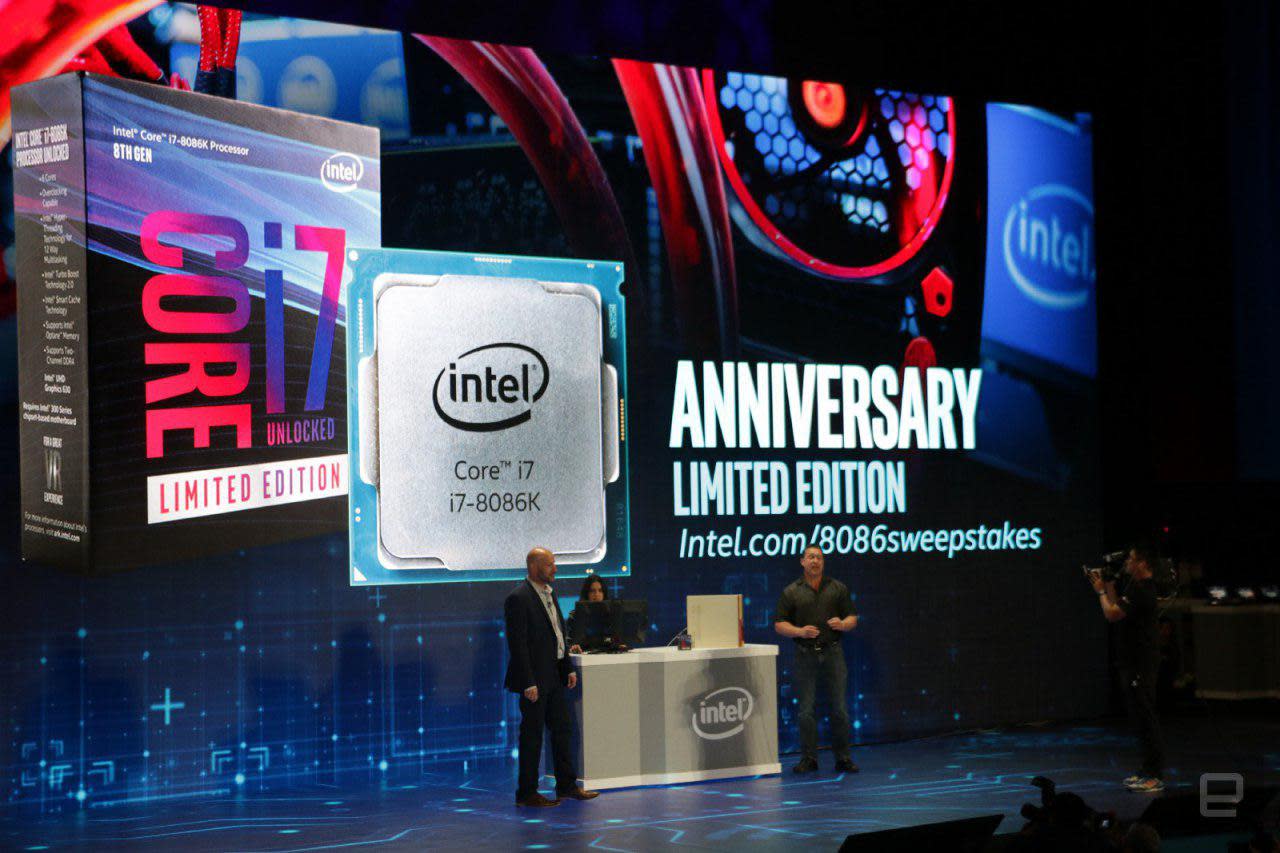 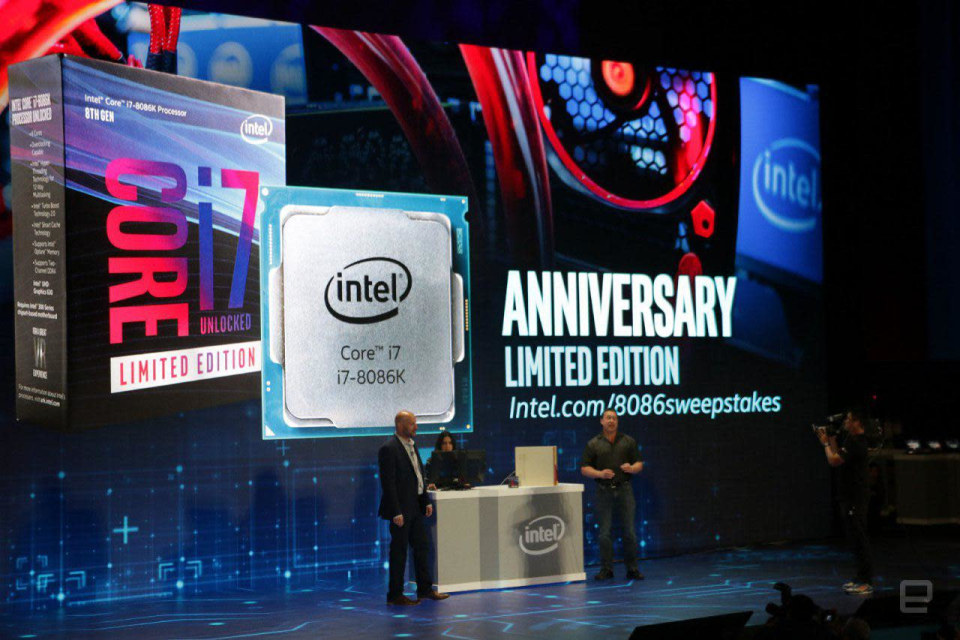 Intel is counting down to its 50th anniversary on July 18th, and to celebrate the company has a milestone announcement for Computex: The special edition Core i7 8086K CPU, its first to reach 5GHz in boost mode. Basically, it's a souped-up version of its existing i7 lineup, but it should appeal to gamers who have been eager to own a 5GHz CPU that doesn't require overclocking. And for those who don't mind tinkering, it's unlocked, so it could have some killer overclocking potential too. Intel will also hold a sweepstakes on its site to give away 8,086 chips.

Additionally, the company revealed a few new mobile entries: the "Amber Lake" Y-series and "Whiskey Lake" U-series, which it claims can deliver up to "double-digit" improvements over the previous models. There's also going to be a new X-series and next-generation S-series chips coming to desktops later this year. Unfortunately, there aren't any additional details about them yet.

In this article: computex2018, Corei7, CPUs, gadgetry, gadgets, gear, i780806K, intel, personal computing, personalcomputing
All products recommended by Engadget are selected by our editorial team, independent of our parent company. Some of our stories include affiliate links. If you buy something through one of these links, we may earn an affiliate commission.