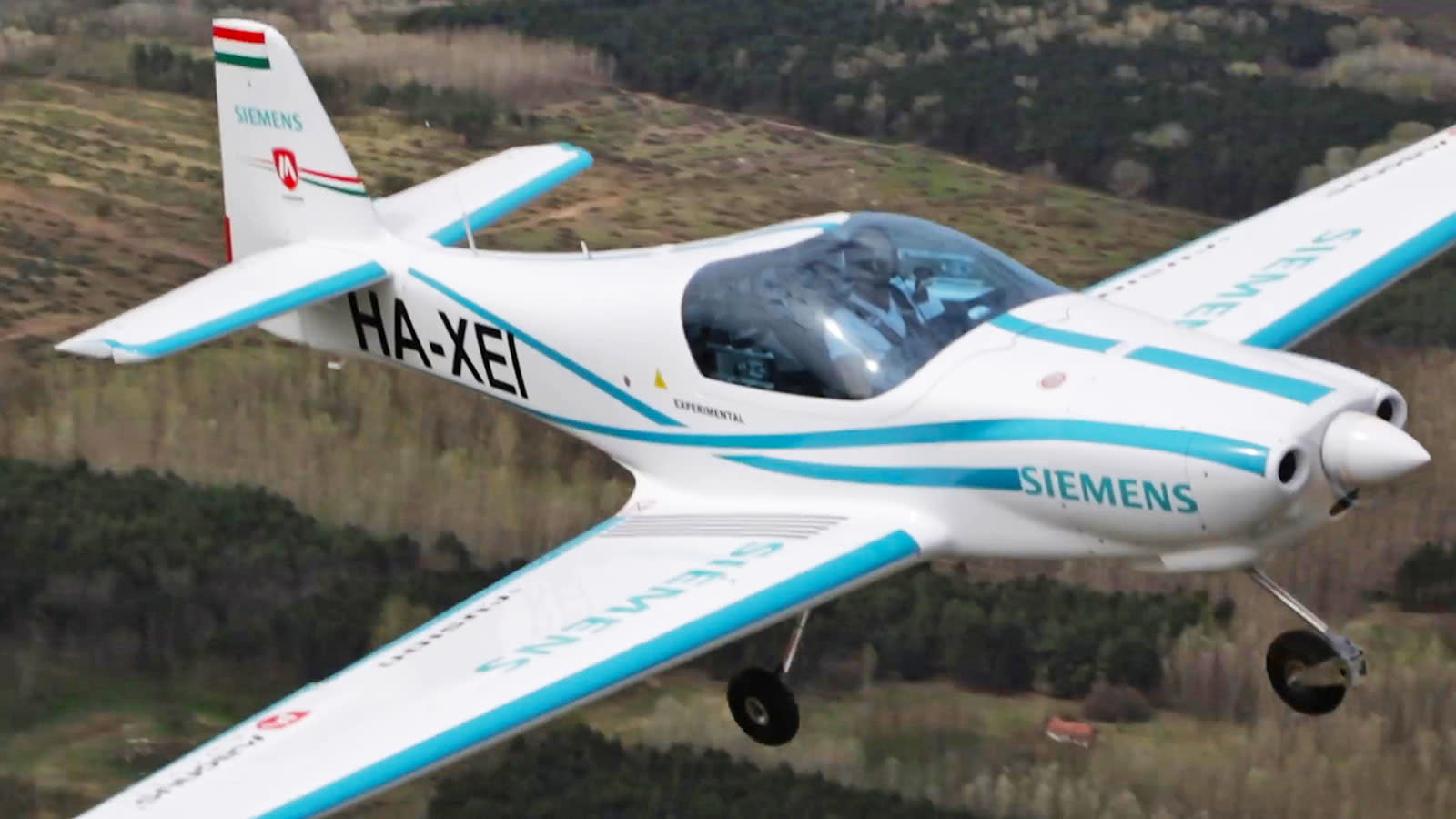 An electric plane powered by Siemens has crashed in southern Hungary, killing both pilots aboard, according to Siemens and local reports. The Magnus eFusion aircraft was flown as part of an inauguration for Magnus' new headquarters, but crashed near the airport after performing several circuits, police said. The eFusion is still a prototype, but Magnus, based in Hungary, plans to eventually commercialize and sell it for around $200,000.

The cause of the accident isn't known, and there are conflicting reports as to whether the aircraft caught fire before or during the crash. "We cannot comment on eventual causes or any circumstances at this point of time. We are working closely together with the authorities to clarify the cause of the accident," Siemens said in a statement. "As a precautionary measure we decided to ground the Magnus eFusion aircraft fleet until we know the cause of this tragic accident." The eFusion has a number of lithium-ion batteries at the front of the aircraft, ahead of the pilots. Those power Siemens' record-breaking SP55D electric motor (above) that puts out 260 KW and weighs just 110 pounds. The use of lithium-ion cells in passenger jets has been controversial after the Boeing 787 Dreamliner was grounded following several battery failures. However, the safety of batteries that directly power small aircraft motors has yet to be tested to large degree, as there aren't many flying yet.

The eFusion is capable of aerobatics, and will be sold with a ballistic recovery parachute system similar to that on Cirrus models and the Icon A5. It's not known if the test plane was equipped with the parachute system or whether it would have helped save the pilots in the crash.

Siemens has been working on electric and electric-hybrid planes like the DA36 E-Star powered glider for a number of years. One of its latest projects is an electric passenger plane called the E-Fan X that it's developing with Airbus and Rolls Royce.

In this article: Crash, eFusion, ElectricPlane, ePlane, gear, Lithimion, Magnus, transportation
All products recommended by Engadget are selected by our editorial team, independent of our parent company. Some of our stories include affiliate links. If you buy something through one of these links, we may earn an affiliate commission.