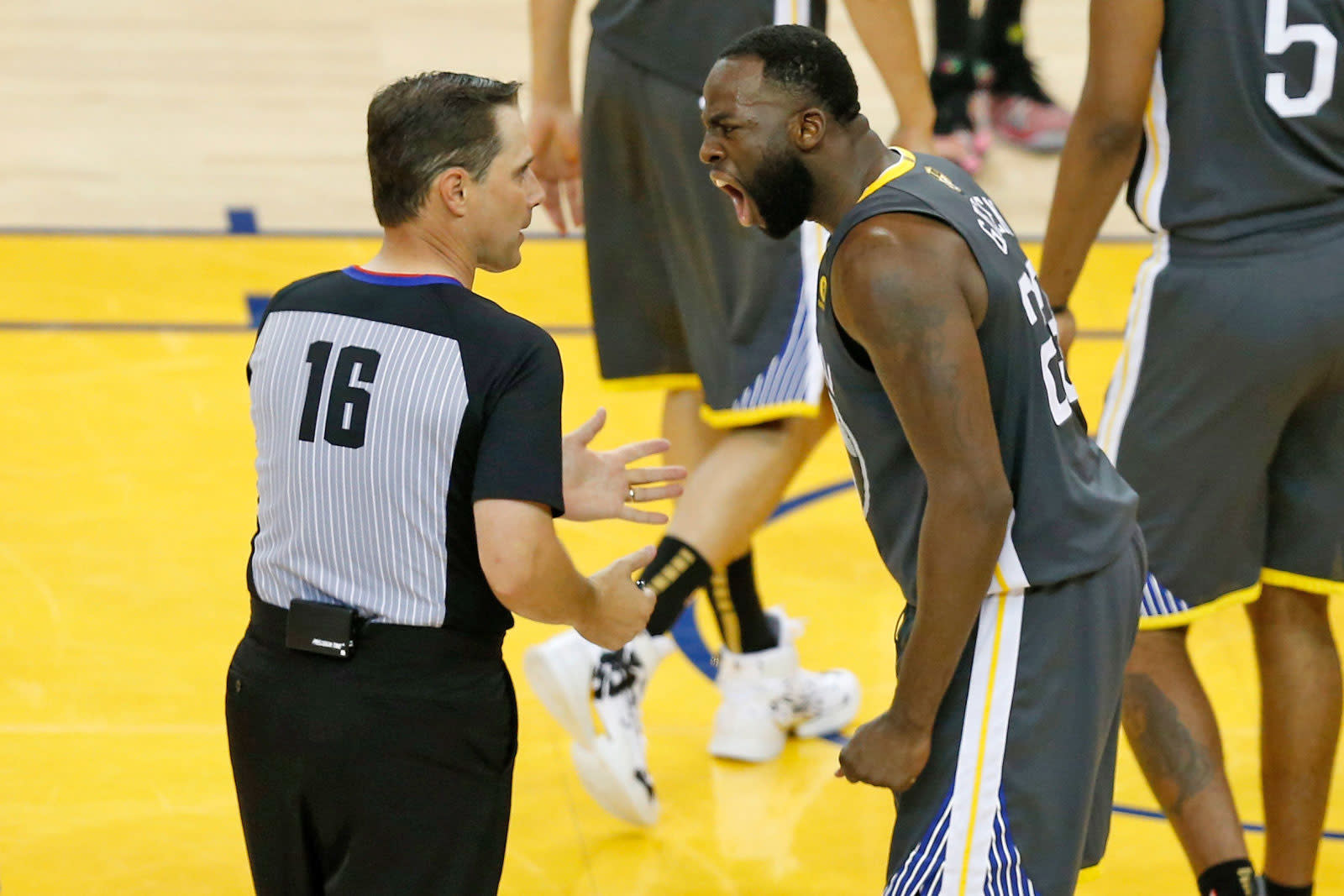 The next time an NBA referee makes a call you hate, you can do more about it than screaming at your TV. Some of the basketball league's refs are live-tweeting Game 3 of the finals between the Cleveland Cavaliers and Golden State Warriors once it starts at 9PM Eastern. They're promising to both react to calls during the game and answer viewers' questions. You're not about to influence the outcome, of course, but this could help explain the rationale behind a reversed charge call instead of leaving the decision a mystery.

Refs have been been responding to decisions throughout the playoffs, but this is the first time they've set out to follow a game from start to finish. It's easy to see why they'd try this kind of interaction, mind you. The National Basketball Referees Association has been making a point of connecting to fans throughout the season -- the Twitter chat is a logical extension. You might be more likely to see refs as relatable humans instead of monsters that ruin your team's chances.

NBA Twitter has a lot to say - especially during the #NBAFinals. And now we'll be joining the conversation.

We're live-tweeting Game 3, reacting and responding in real-time. Join the #RefWatchParty with us on Twitter tomorrow night! pic.twitter.com/VZU4f77275

In this article: basketball, entertainment, internet, nba, referee, socialnetwork, socialnetworking, sports, twitter
All products recommended by Engadget are selected by our editorial team, independent of our parent company. Some of our stories include affiliate links. If you buy something through one of these links, we may earn an affiliate commission.