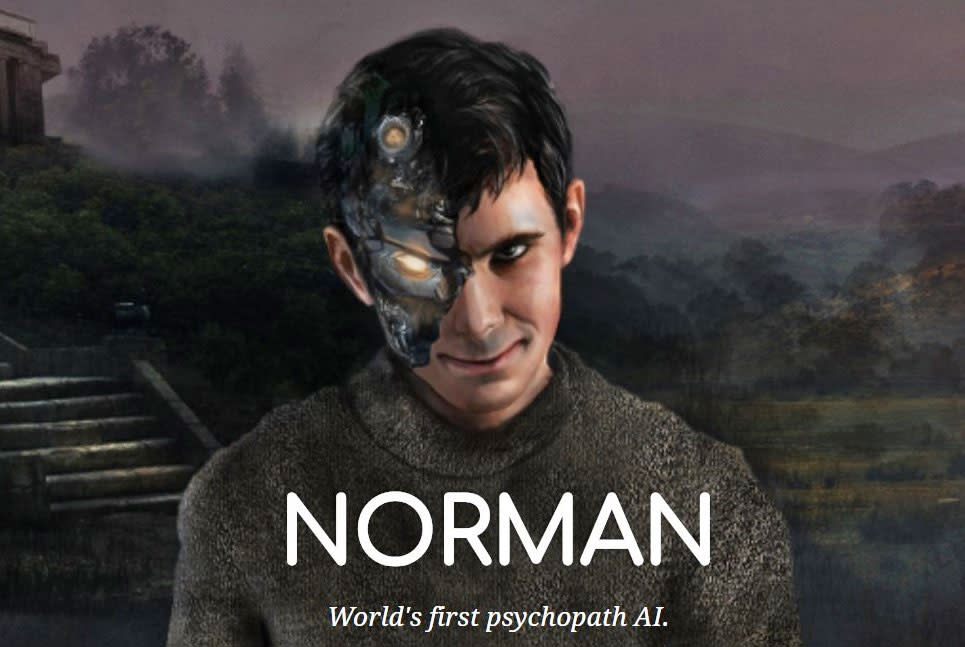 There's no shortage of films and TV shows that speculate on the dark side of artificial intelligence -- 'robot goes wrong and chaos ensues' is a pretty popular Hollywood trope. Now, in a study that sounds like the plot of a movie itself, researchers have actively encouraged an AI algorithm to embrace evil by training it to become a psychopath. A psychopath called Norman.

In the study, scientists from the Massachusetts Institute of Technology (MIT) exposed Norman (named after Anthony Perkins' character in Psycho) to a constant stream of violent and gruesome images from the darkest corners of Reddit, and then presented it with Rorschach ink blot tests. The results were downright chilling.

The disturbing study was designed to prove that machine learning is significantly influenced by its method of input, and that when algorithms are accused of being biased or unfair it's not down to the algorithm but rather the data that's been fed into it. And this can have significant consequences in everything from employment to municipal services. And, as creepy Norman demonstrates, maybe even the future safety of mankind.

In this article: AI, bias, dark, data, machinelearning, MIT, Norman, prejudice, psychopath, Reddit, robots
All products recommended by Engadget are selected by our editorial team, independent of our parent company. Some of our stories include affiliate links. If you buy something through one of these links, we may earn an affiliate commission.