How Bethesda plans to pull players back to 'Prey'

Last year's Prey was a creepy shooter and role-playing game set on a spaceship riddled with black, shimmering aliens. The so-called 'immersive sim' was praised for its science fiction story, which let you shape the main character and the fate of the hostile research station. The gameplay, though, was seen by many as a retread of BioShock, System Shock and other genre classics. Despite its wild Neuromod abilities, which let you become an expert hacker, fighter or shape-shifting alien, the rebooted Prey failed to catch the public's attention.

The title is far from finished, though. Developer Arkane Studios has been working on a wealth of DLC which could reignite interest in the alternate history thriller. Today, the base game will receive a free update with two new modes: Story and Survival. The former is for players who might have struggled with Prey's ferocious difficulty, or simply want to explore and experience the ending. Survival, meanwhile, adds a trauma system and other difficult mechanics for veteran and 'hardcore' players. If you fall off a balcony, for instance, or get hit by the alien Typhon, you might break a leg or start bleeding out.

A new, paid DLC package called Mooncrash is also coming out today. It's a side story which, as the name implies, takes place on a lunar base called Pytheas. The facility has gone 'dark,' however, and it's your job to find out exactly what happened. You're cast as a spy on a nearby satellite that's able to simulate, or relive, the events leading up to the collapse. The new mode was inspired by indie roguelikes, or more accurately roguelites, such as Darkest Dungeon, Rogue Legacy and Risk of Rain. It's a genre typified by multiple runs, or lives, and randomized elements including enemies, items and level design.

At first, your task is to explore the base, upgrade your character and survive. During each run, you will be battling a corruption meter -- a breakdown of the simulation -- which makes the typhon evolve and heightens environmental hazards such as fire, blackouts and electrically charged puddles. As you explore the station, you will slowly unlock new characters with unique abilities and Neuromod skill trees. Joan, for instance, is an expert engineer who can repair, fortify and summon turrets. VJ, meanwhile, is a weapons specialist with the muscle to open unpowered doors. 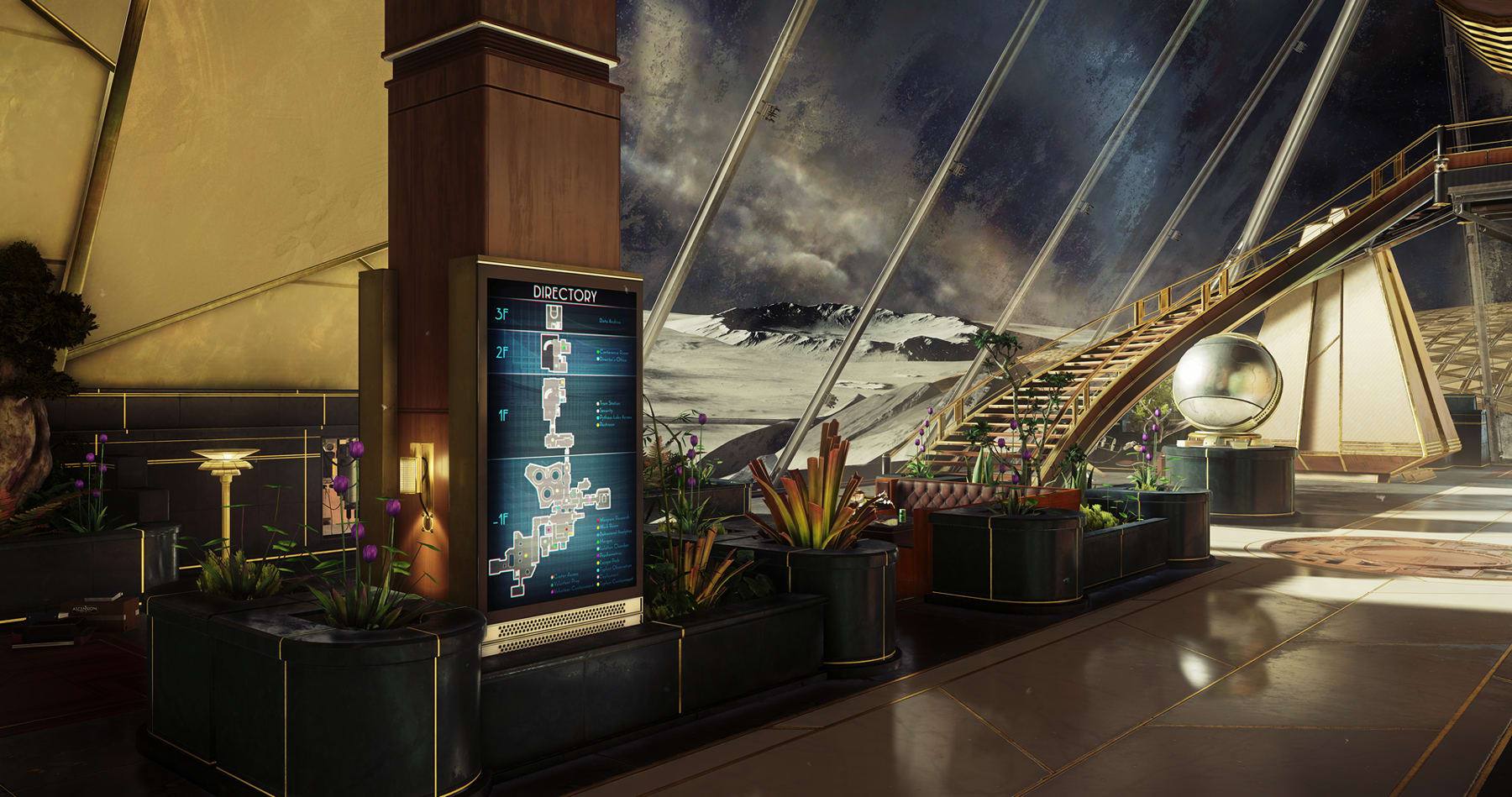 "What we have here is like, something that's clearly descended from the immersive sim genre," Ricardo Bare, lead designer at Arkane Studios said. "It's a first-person action game, and it has roguelike elements, but it also has some storytelling elements that Arkane is known for mixed in with it. So it's this unique hybrid beast, I guess."

The ultimate goal is to help all five characters escape the lunar base. To succeed, you'll need to slowly build up the crew and combine their different abilities. You might start as the engineer, for instance, and find a broken door that leads to the escape pod hangar. If a horde of Typhon is lurking inside, it's best to unlock the door and move on, knowing that VJ can fight through and hopefully escape later on. When you switch to VJ, though, it might be better to find Joan's body first and pick up any equipment and resources she dropped.

Mooncrash will introduce two unlockable companions: a robot operator and a shapeshifting mimic. The operator is essentially a packmule that can ferry your loot to other characters. The mimic, meanwhile, will scurry through rooms and corridors tagging Typhon that have shapeshifted into everyday objects. There's also a new enemy called the Moonshark, which responds solely to sound and movement. The blind Typhon will burrow underground and try to surprise you from below; it's a devastating attack, but one that can be learned if you're able to find the corresponding Neuromod.

If the corruption level gets too high, or you run out of characters, you can choose to reset the base. The general layout will remain the same, but the content in each area will change. A laboratory might be pristine, pitch black or on fire. A door to a scientist's office could be open, damaged or protected by a keypad that can only be hacked by the engineer. Each session will, therefore, be unique and challenge players in different ways. Speedrunning will be possible, but the randomized elements should make it difficult for fans to create and follow meticulous walkthroughs.

If you loved Prey for its story, fear not; Mooncrash will build on the original game's narrative. You might spend the first few runs scurrying around for ammunition and Neuromod upgrades, but once you're strong enough, there will be side quests and special story missions to tackle. You might find an email that mentions a note on a now-deceased friend. If you're feeling adventurous, and the corruption level isn't too high, you might try to reach that colleague and learn a little more about the base. Arkane Studios expects players to naturally flip between survival-focused and more narrative or exploratory runs.

Mooncrash is also linked to the original Prey. During the game's development, the team had to think about Talos I and how it would have been constructed. The writers decided that humanity would have gone to the moon first, set up a staging ground, and then harvested helium from the lunar soil before building the floating art deco station. Once Talos I was completed, the moon base became a separate research facility. Transtar, the company behind the project, has a rival called Kasma that's referenced in emails and side quests during the main game.

"We basically took those two elements and said, 'Okay, let's put it on the moon, and have the main character, at least the character you start with, as a Kasma spy,'" Bare explained.

Mooncrash will be updated with a separate mode called Typhon Hunter later this summer. It's a multiplayer addition that pits one Morgan -- the hero of last year's game -- against a group of shape-shifting Typhon. You can play the mode in several locations pulled from Talos I. Each match will take roughly five minutes and boils down to a lethal game of hide and seek. Morgan's job is to find the wrenches and pistols scattered across the map and then defeat the hidden mimics. On the flipside, the Typhon have to somehow outlast or lure Morgan into an overwhelming ambush.

"They're super fun and full of jump scares," Bare said. "For the Morgan player, anyway! Not for the mimics." 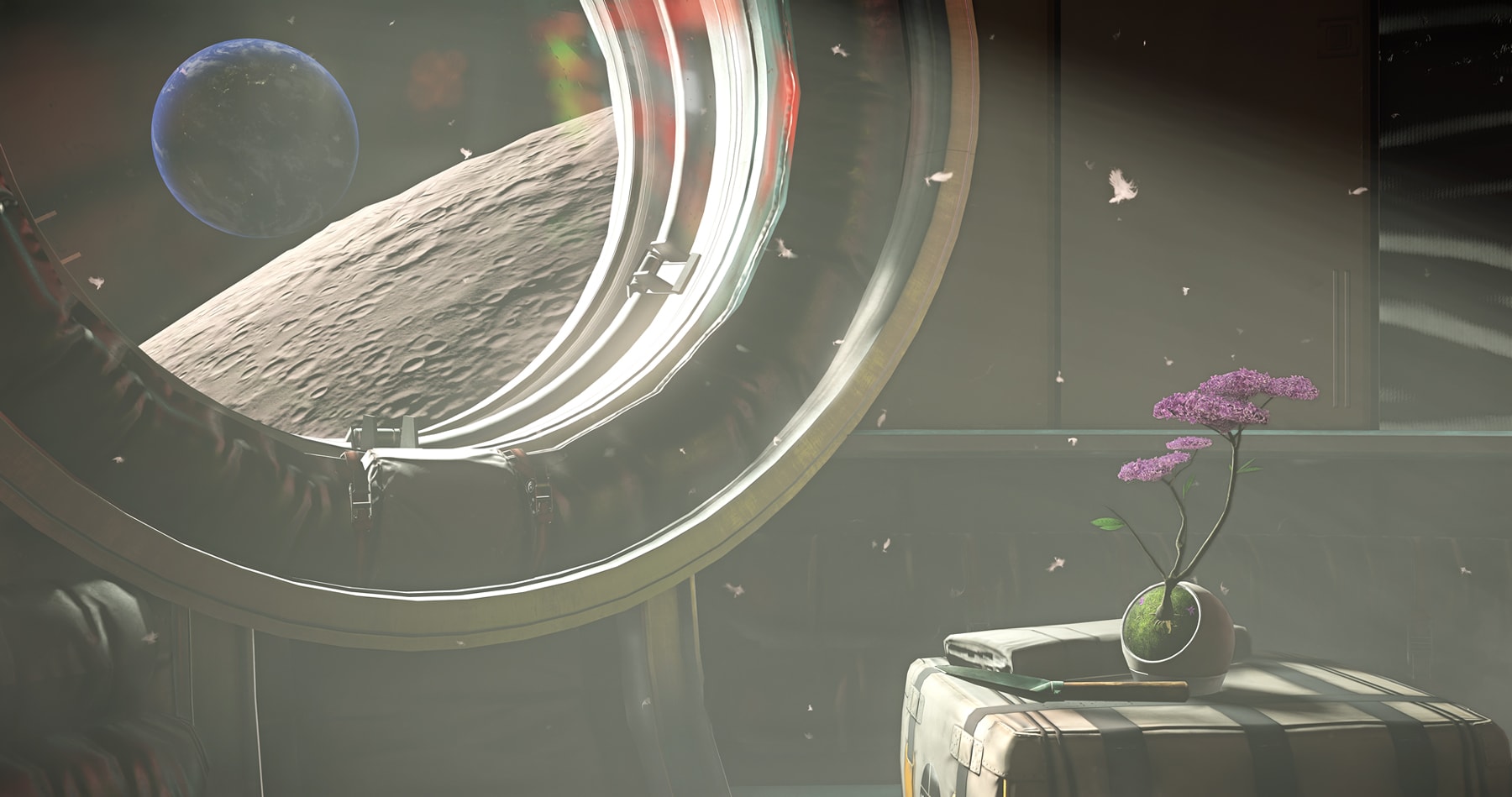 The asymmetrical gameplay is similar, in part, to the soon-to-be shuttered multiplayer shooter Evolve. That title, though, pits four humans against a quickly evolving monster; in Prey, the group dynamic is reversed, and the aliens are stuck in their primitive but no less lethal mimic form. In addition, Prey's upcoming Typhon Hunter mode will be VR compatible. That, of course, should heighten the scare factor when a mimic suddenly appears out of a seemingly innocent coffee cup.

Typhon Hunter will be joined by several single player challenge rooms set on Talos I. They're short experiences -- think simple scavenger hunts -- that will also be VR compatible. It's a bonus feature that is both unexpected and unsurprising given the wealth of VR adaptations Bethesda has put out in the last few years. The game should also be a great fit given the beautiful art and interior architecture that was dreamt up for the original game.

Taken as a whole, Mooncrash sounds like a nice expansion for Prey fans. Players who missed the game last year can buy an Ultimate Edition that includes the base game, the new Story and Survival modes, Mooncrash and — once it's available — the VR-compatible Typhon Hunter and single-player challenge rooms. If that doesn't galvanise interest in the franchise, I don't think anything will.