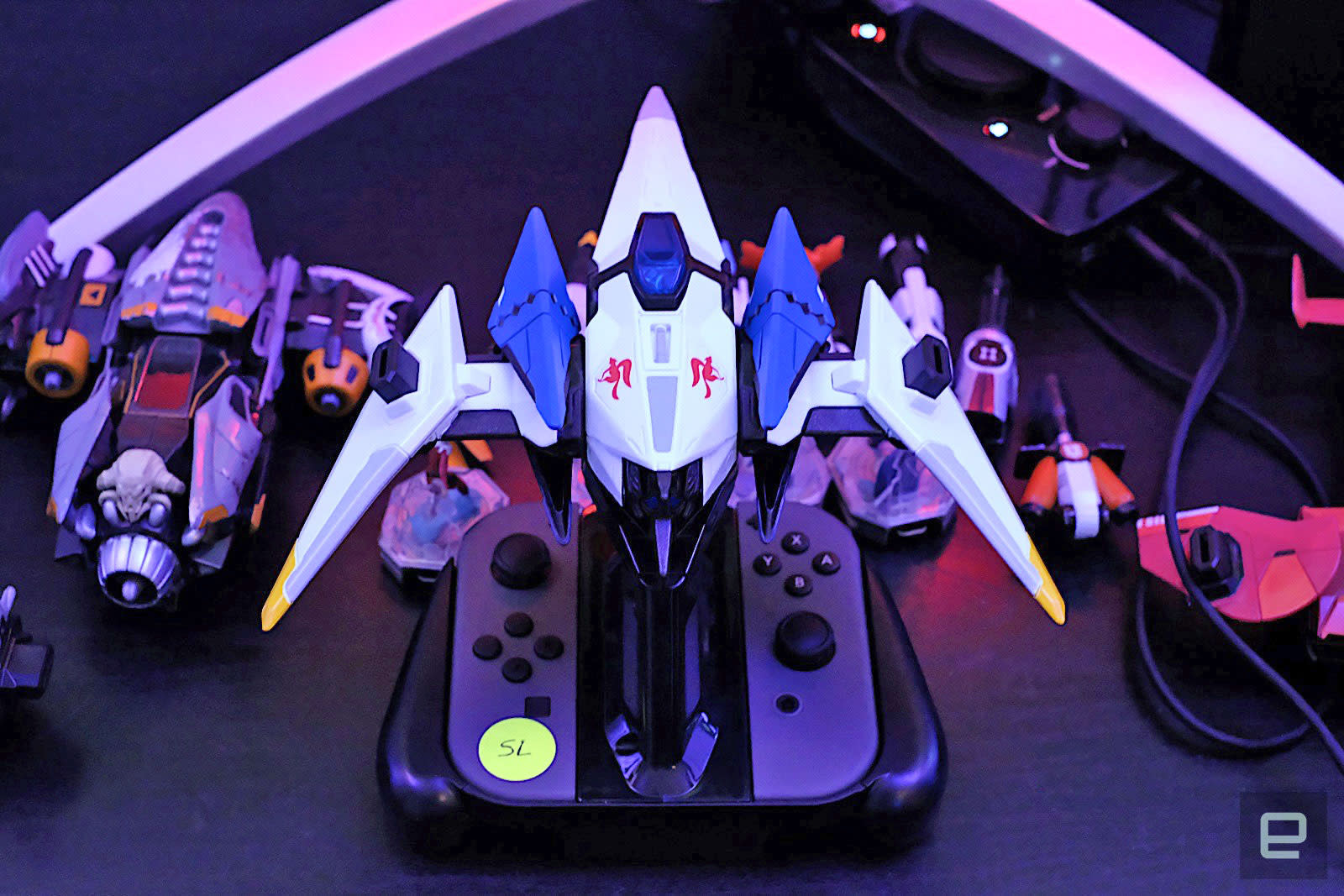 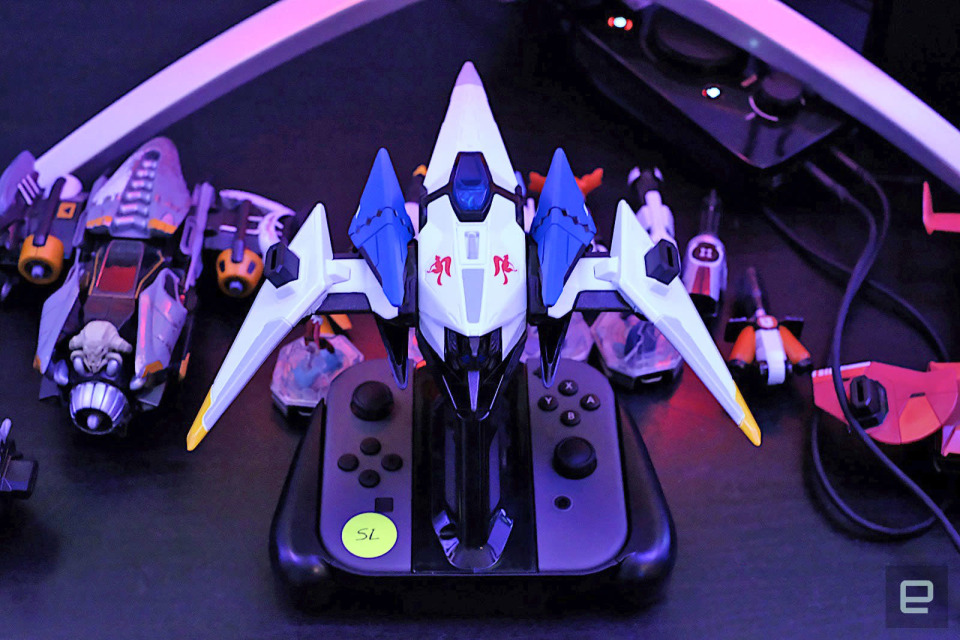 I never once understood the draw of those Amiibo collectible figurines, either in game or out and, honestly, I figured that Starlink: Battle for Atlas would be an even bulkier, nerdier version of that sort of gameplay. I'm really happy that I called that wrong, this game is great.

Starlink is a forthcoming adventure space shooter for the PS4, Xbox One and Switch much in the same vein as the classic SNES franchise, Star Fox. You play as a member of a rag-tag interplanetary strike force fighting against a robotic armada bent on stripping the galaxy of vital resources. Unlike Star Fox, however, players will be able to switch out their ships, weapons, and even pilots on the fly, depending on how the battle is going. To do so, players affix both a physical pilot figurine and starfighter model -- replete with customizable wings and weaponry -- to the top of their controller. You can (and regularly should) pause the game to swap parts as you see fit.

During my demo on Monday ahead of the official start of E3, I was afforded early level play throughs on both the Xbox One and Switch versions -- specifically, I was tasked with dropping out of orbit onto an alien planet, skimming across the surface, seeking out and destroying mammoth resource extractors. That was easier said than done. Starlink's combat relies heavily on elemental matchups. In this case, I had to fight not only the Extractor's defensive nodes but also a number of "Frost Cyclops." Luckily, the short-range flamethrower and black hole cannon I selected at the start of the mission offered an exceptionally effective "Fire Storm" effect that dealt silly amounts of AoE damage against my foes.

The demo offered five pilots to choose from, each with their own special abilities, four ships (again, each with their own health, shield, agility and speed characteristics,) and around a half dozen weapon pods ranging from gatling guns to guided rocket batteries. What's really cool is that all of these bits and pieces are completely modular, allowing you to customize and tune your favorite ship to your precise play style. If you want to be a space tank that's drives like a '73 Cadillac Eldorado but can drop a dozen enemies without breaking a sweat, you totally can, just as easily as you can craft the stellar version of Final Fight's Ken and just jump, dodge, and slowly needle your foes into submission.

The game will offer seven worlds to explore at launch, a trio of spacefaring factions to befriend and countless indigenous flora and fauna to catalog during your adventures. Ubisoft's rep estimated that a straight-through main storyline play through without any side quests or exploration will take you around 25 - 30 hours to complete.

When you're playing on either the PS4 or the XBox One, your figurines stay firmly planted atop your controller. It's cool though, they barely weigh anything -- you really don't even notice they're there until you need to swap modules. However, for the sometimes desktop, sometimes mobile Switch, players won't have to actually keep their models on hand. Instead, every figurine that you plug into the controller while in desktop mode will unlock a digital in-game version in mobile allowing you to keep playing on the go without having to tote a bag of toys with you. What's more, at launch this October, the Switch version will offer an exclusive Star Fox model, which was announced during the keynote earlier Monday. Yes, you can do a barrel roll.

My only issue with the game is the fact that you do have to buy more models in order to unlock them in-game. If you have more ships, more pilots, and more diverse armaments at your disposal, the game gets way easier. You can of course just use the model that comes with the game, but really where is the fun in that? It's definitely not a pay-to-win sort of situation, but it will certainly involve additional investments beyond what you initially plunk down for the game itself if you want the full experience. Unfortunately, Ubisoft is not yet ready to share the prices of its various models.

Still, with seamless drop-in drop-out multiplayer, persistent game states (i.e. your enemies won't take a break just because you turned off your console -- they'll continually work to overthrow the galactic order), and assurances that the studio will continue to add more content (both digital and physical) for the foreseeable future, Starlink seems to have a stellar future ahead of it.

In this article: design, e32018, gadgetry, gadgets, gaming, hands-on, nintendo, space, spaceopera, starfox, starlink, ubisoft
All products recommended by Engadget are selected by our editorial team, independent of our parent company. Some of our stories include affiliate links. If you buy something through one of these links, we may earn an affiliate commission.