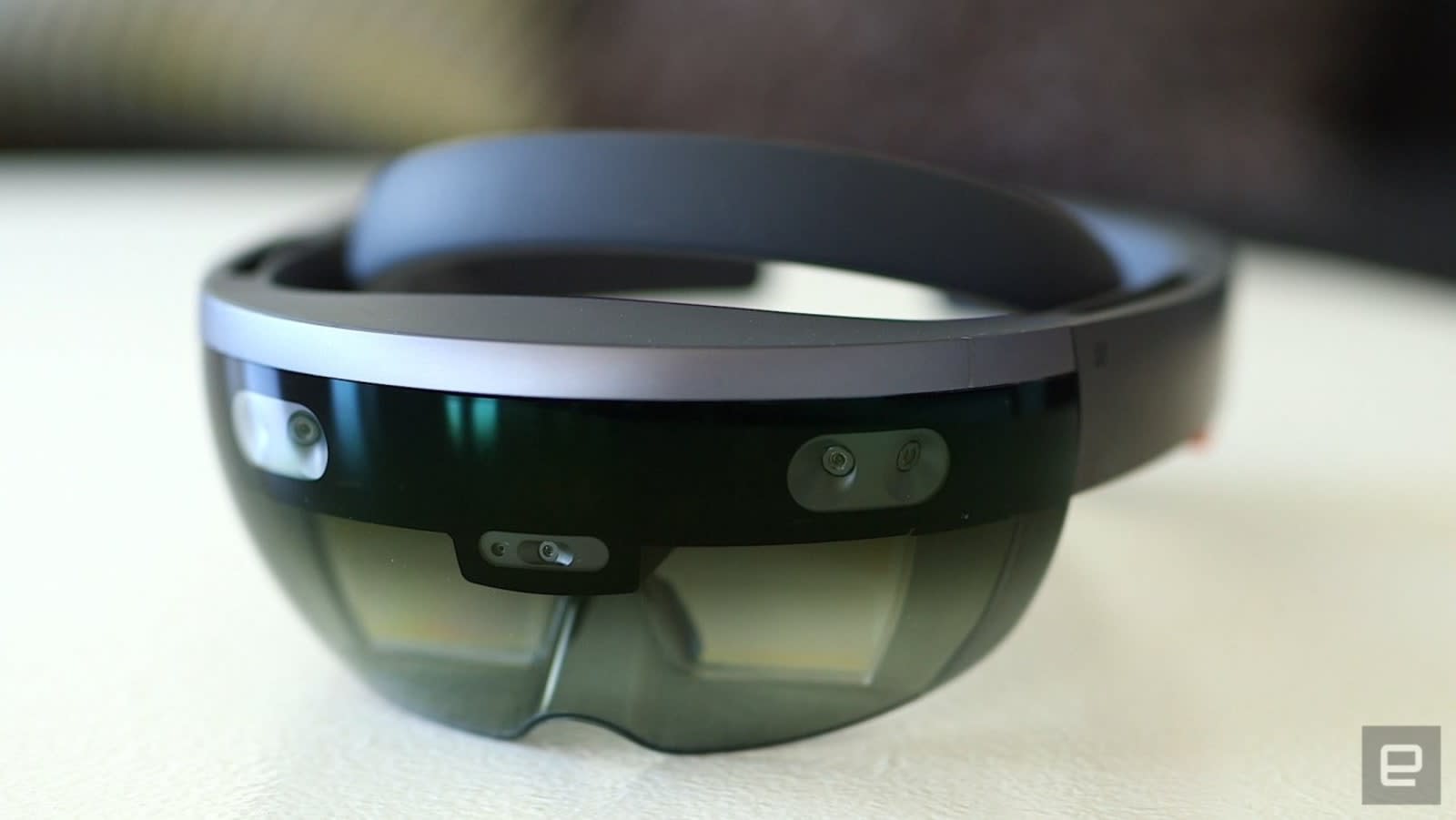 It's been over three years since Microsoft unveiled HoloLens, its ambitious foray into the world of augmented reality goggles. Since then, the company has opened up its Mixed Reality platform to other manufacturers, which led to some intriguing VR headsets in 2017. Now, it's time for a true HoloLens successor. According to The Verge, we might finally see a HoloLens 2 by the end of the year. The news follows a report from Thurrott.com, which claimed the new headset, codenamed "Sydney," could be released in the first quarter of 2019.

Naturally, there aren't many details about HoloLens 2 yet. But according to Thurrott, it will reportedly feature a higher field of view; a lighter and more comfortable frame; better quality displays; and an AI chip. The biggest change could be the price, though. The first Hololens still sells for $3,000, since it's mainly targeted at developers. Thurrott reports that the next version will cost "significantly less."

At Build this year, it was clear that Microsoft is still betting big on Mixed Reality, its combined term for AR and VR. The company's latest HoloLens apps, Layout and Remote Assist, both seem genuinely useful for professionals. So it's not a huge surprise that Microsoft is gearing up to show off a brand new AR headset. I'm just hoping it has something to offer consumers too.

As for other Microsoft hardware news, ZDNET reports that we could see a next-generation Surface Pro "6" (codenamed Carmel) in mid-2019. Previous rumors pegged smaller Surface tablets for the end of this year, and you can also expect Intel 8th generation CPU upgrades for the Surface Pro and Laptop then, as well. Additionally, ZDNET says we might see more Surface accessories, including a wireless headset like the Jabra Evolve, either this year or next.

In this article: gadgetry, gadgets, gear, Hololens, HoloLens2, microsoft, personal computing, personalcomputing, Surface
All products recommended by Engadget are selected by our editorial team, independent of our parent company. Some of our stories include affiliate links. If you buy something through one of these links, we may earn an affiliate commission.