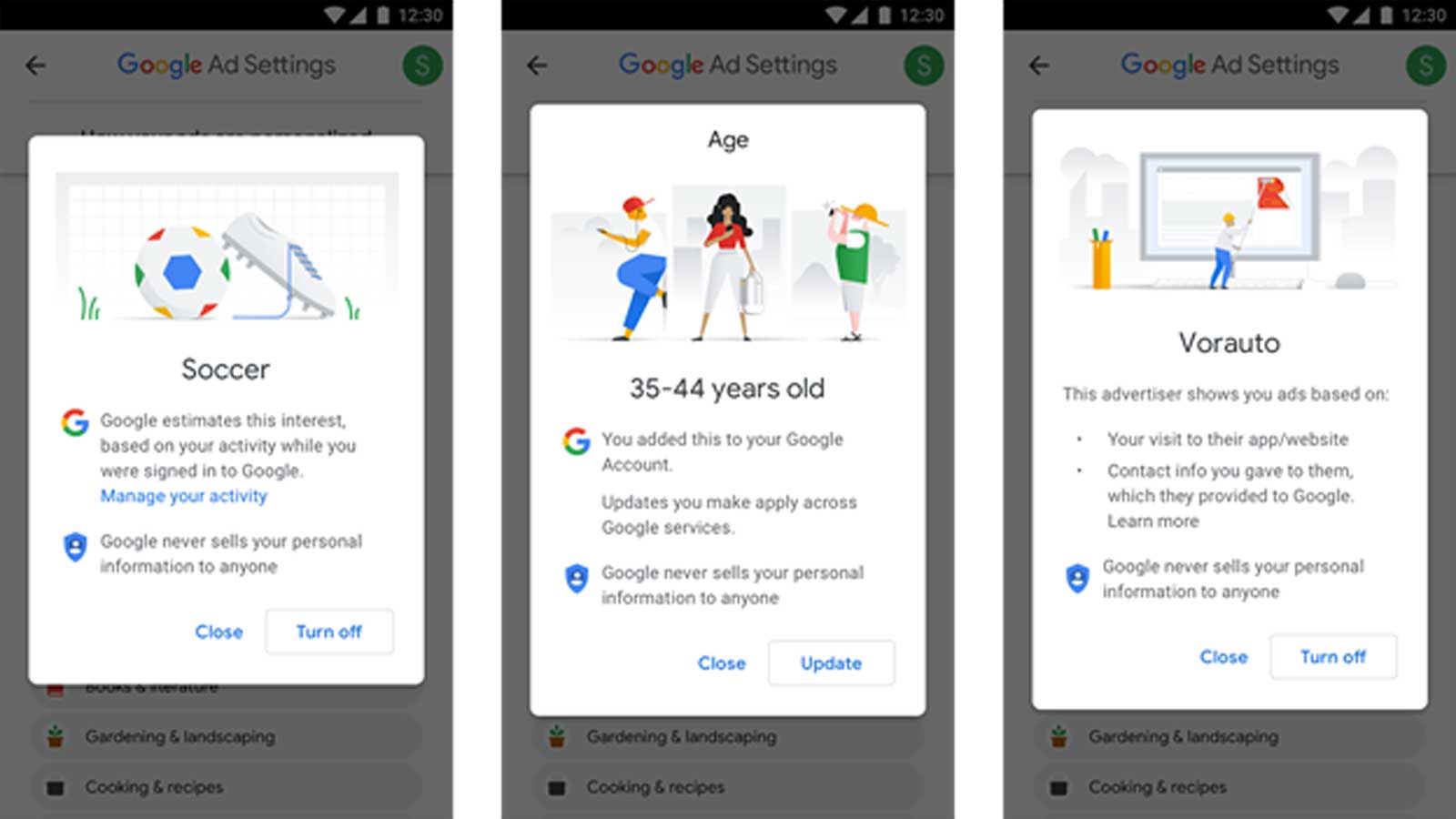 Facebook isn't the only one offering tighter controls over ad privacy. Google has introduced a revamped Ad Settings that should make it easier to both learn how ads target you and, more importantly, to reduce that targeting. You now see all the ad targeting factors in one view, with both explanations of their presence and options to either turn them off or tweak the settings. You can't completely disable ad targeting, but there's enough here that you can limit it to highly generic factors like the site you're visiting and the time of day.

When ads do pop up, you'll also have a better explanation for their presence. The "why this ad?" link is now available on every service that shows Google ads, as well as 'almost all" of the sites and apps that partner with Google on ads. If you're scratching your head at a YouTube promo, you'll know the reasoning behind its appearance and will have a quick way to tweak your settings if you'd rather not see that ad again.

The rework could be a helpful addition if you're worried that Google's ad targeting is a little too on the nose. It's also a hedge against mounting pressure for Google to do more. The company has come under scrutiny multiple times for its approach to privacy as of late, and this could prove that it's making a serious effort to address your concerns.

In this article: ads, adsettings, advertising, gear, google, internet, privacy
All products recommended by Engadget are selected by our editorial team, independent of our parent company. Some of our stories include affiliate links. If you buy something through one of these links, we may earn an affiliate commission.