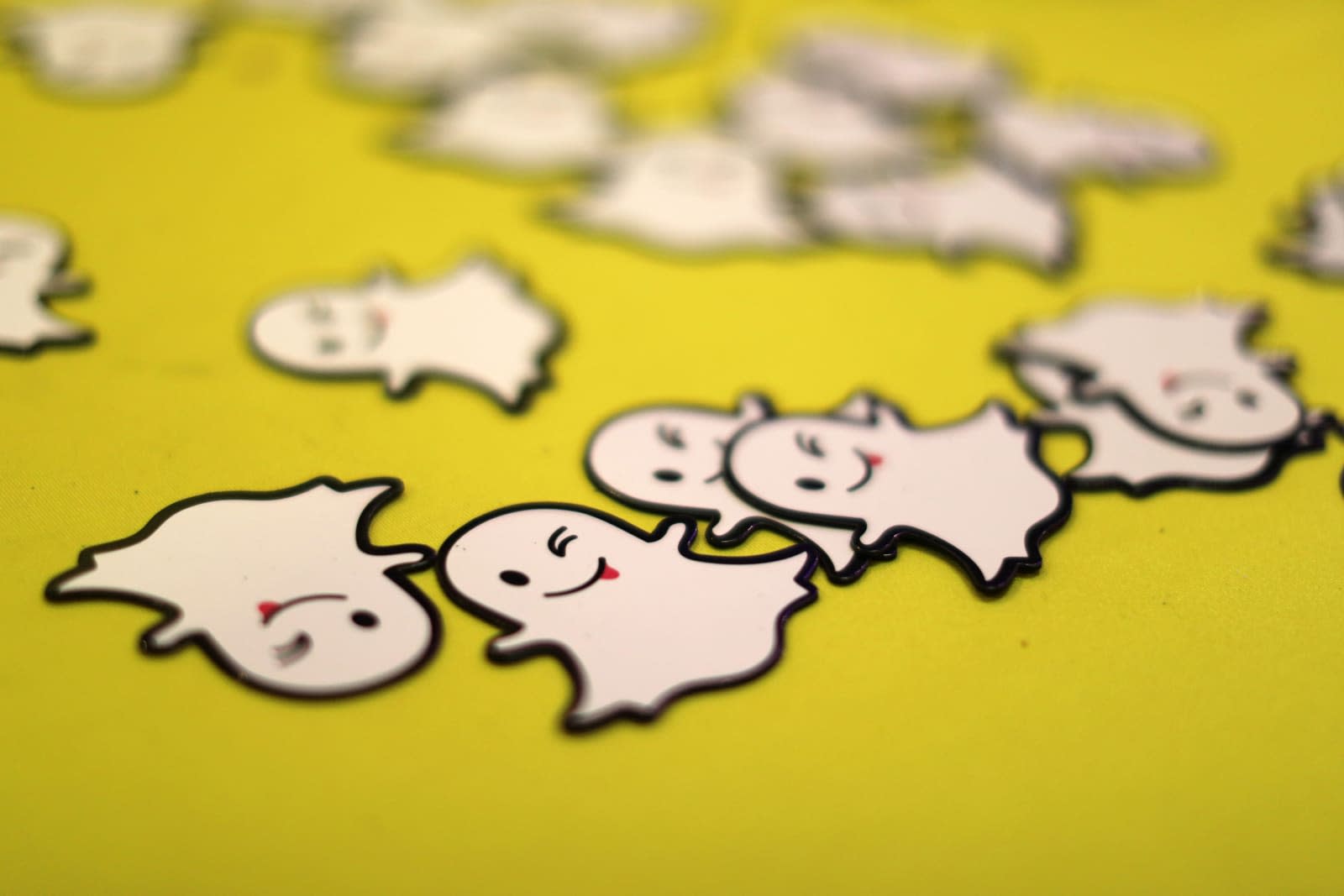 Snap is bringing the walls of its closed gardens tumbling down, as it's opened up a rumored developer platform to let third-party creators use Snapchat features in other apps, and bring their own tools to Snapchat. Off the bat, that means you'll start to see Bitmoji in Tinder, and dynamic Postmates stickers that tell you when your order should arrive. Other apps that will use Snapchat features at the outset include Poshmark, Quip, Eventbrite, Giphy, Pandora, Bands in Town, Patreon and SoundHound, The Verge reports.

Developers can tap into Snapchat features via the Snap Kit platform in a few different ways. Creative Kit lets developers add stickers, filters, links and other info like your workout stats, or the songs you're playing on Pandora into the Snapchat camera. That last part should make it far easier to share your tunes than snapping a screenshot of the Pandora app and adding it to your story. If you share a song from Pandora, it shows album art on top of animated background in a so-called "song card." Your friends can then swipe up to play that song on Pandora themselves.

Speaking of which, developers can search public stories using factors like location and time, and embed them in their own apps using Story Kit. Bitmoji Kit, naturally, lets you use your Snapchat avatar and other Bitmoji stickers in other apps.

Developers can also let people log in to their services using their Snapchat accounts. Cross-platform logins are something we've seen for a long time with the likes of Facebook, Google and Twitter but Snapchat promises that third-party developers won't see your personal information; they'll only get your display name and, if you want to, your Bitmoji avatar. Perhaps to avoid a Cambridge Analytica-type scandal, developers won't get access to your friends' information either. If you don't use an app within 90 days, Snap will disconnect it from logins. Snap also says that it will review every app that uses Snap Kit. It's hard to see the advantage for developers, though, since they won't, for instance, get your email address to send you marketing mails.

Still, with Instagram Stories seemingly eating Snap's lunch (and every other meal), the company has to try something new to keep up interest. Opening up to other apps is a good way to do that -- even if Instagram is doing the same with the likes of Spotify already. The privacy focus shouldn't be overlooked though, and might give Snap a little edge again.

In this article: api, bandsintown, bitmoji, developerplatform, eventbrite, gear, mobile, pandora, postmates, services, snap, snapkit, tinder
All products recommended by Engadget are selected by our editorial team, independent of our parent company. Some of our stories include affiliate links. If you buy something through one of these links, we may earn an affiliate commission.