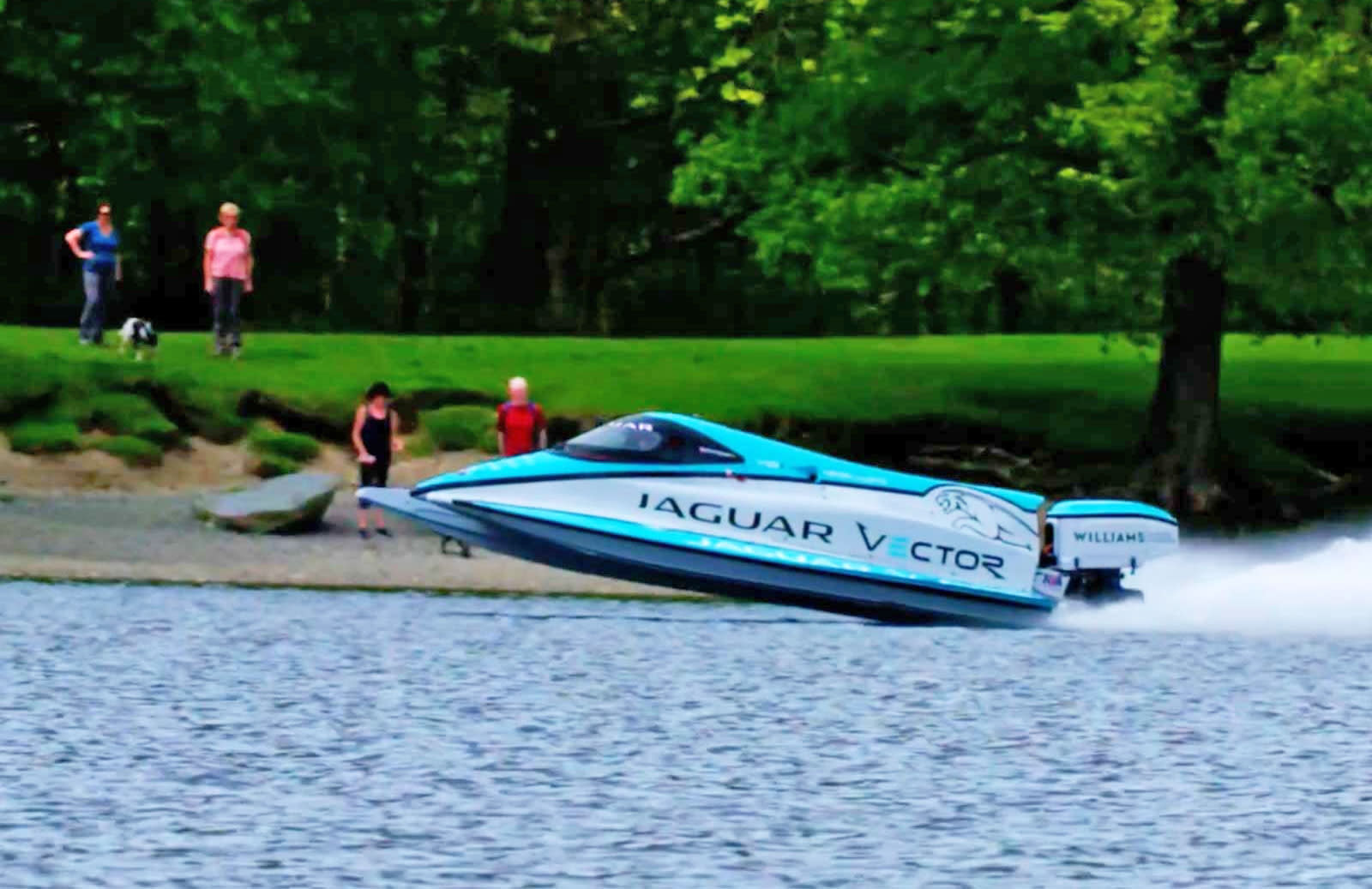 You frequently see car manufacturers trying to break electric speed records on land, but where are the boats? Don't worry -- Jaguar, Vector and Williams feel the need for nautical speed. The trio have broken both the world and UK speed records with the Jaguar Vector Racing V20E, reaching an average speed of 88.61MPH on England's Coniston Water. While that may not sound fast, that's nearly 12MPH faster than the previous best, set all the way back in 2008.

The companies are shy about the exact technology in the vessel, but it's drawing on the same technology Jaguar and Williams use in Formula E. Aerodynamics clearly played a part as well -- the single-seater design is optimized for speed.

You probably won't travel that quickly in an EV watercraft in the near future, then. However, this could foster electric boating if and when the technology filters down to seacraft you can actually buy. And crucially, this is just the start of the collaboration. The companies are hoping for more powerful boats in the future, so these seemingly modest records might not last for much longer.

In this article: boat, electricvehicle, ev, gear, jaguar, jaguarvector, racing, transportation, v20e, vector, video, williams, worldrecord
All products recommended by Engadget are selected by our editorial team, independent of our parent company. Some of our stories include affiliate links. If you buy something through one of these links, we may earn an affiliate commission.