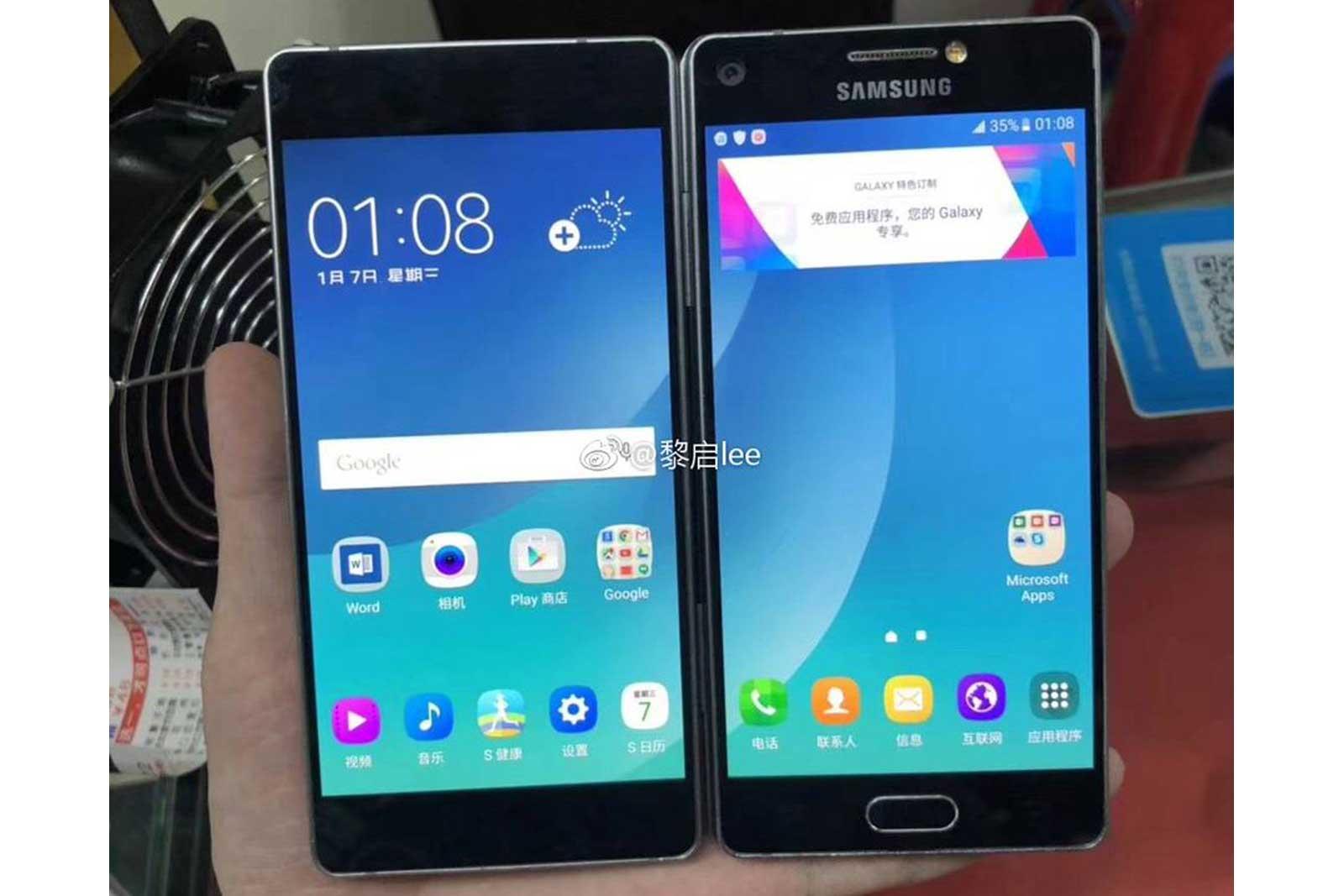 Samsung has been talking about making folding phones for years with little to show for it, but it might have come closer to doing that than you think. A leaker has claimed to have photos of "Project V," a dual-screen phone that would have been in development around 2015 or 2016. From appearances, it would have been a spiritual precursor to ZTE's Axon M with a second screen that could fold around the back for photography (there's only one camera) or sit side-by-side to create one large home screen. The design resembles a squared-off Galaxy S6, although we're wondering about the curiously oversized SIM tray at the top.

Provided this is accurate, the device was clearly cancelled a long time ago and is unlikely to represent what Samsung is working on at this moment. There's no explanation for what happened. However, this phone was in development when Samsung's profits were dropping due to lackluster phone sales, including a lineup that included its share of gimmicky handsets. It would make sense that a struggling Samsung would refocus its mobile team on safe bets instead of experimenting with devices that might never become commercial successes. Much of the company's 2015 and 2016 was spent culling the product line and concentrating on the fundamentals.

This wouldn't mean that Samsung has completely given up on concepts like this, however. The electronics giant hasn't been shy about wanting to make a foldable phone in the years since. It's just that whatever it would create likely wouldn't resemble Project V -- it's more interested in flexible displays than the book-like design you see here. Think of this prototype as an illustration of Samsung's thought process on the way toward a more practical (and more exciting) product.

In this article: android, foldingphone, gear, mobile, projectv, samsung, smartphone
All products recommended by Engadget are selected by our editorial team, independent of our parent company. Some of our stories include affiliate links. If you buy something through one of these links, we may earn an affiliate commission.