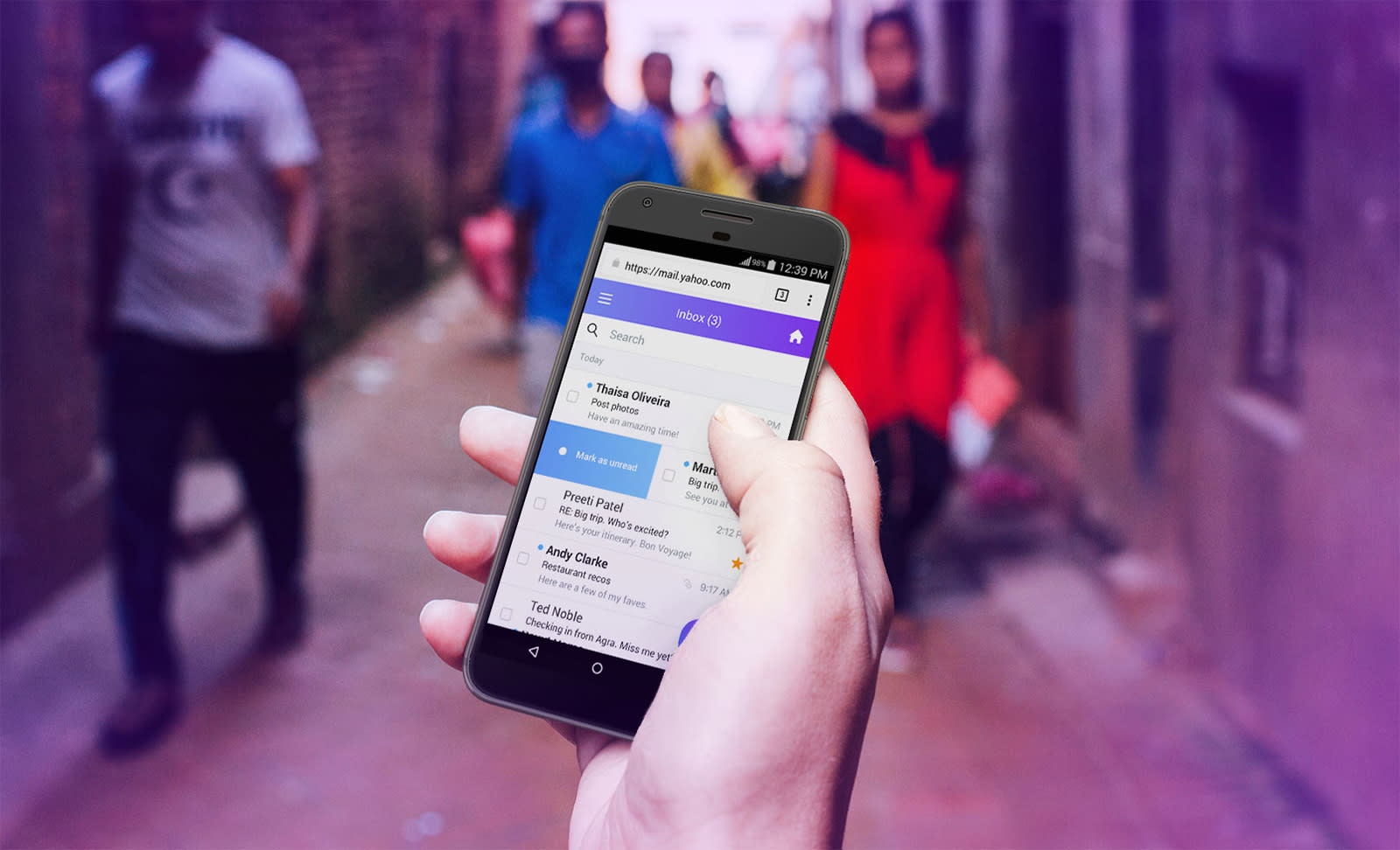 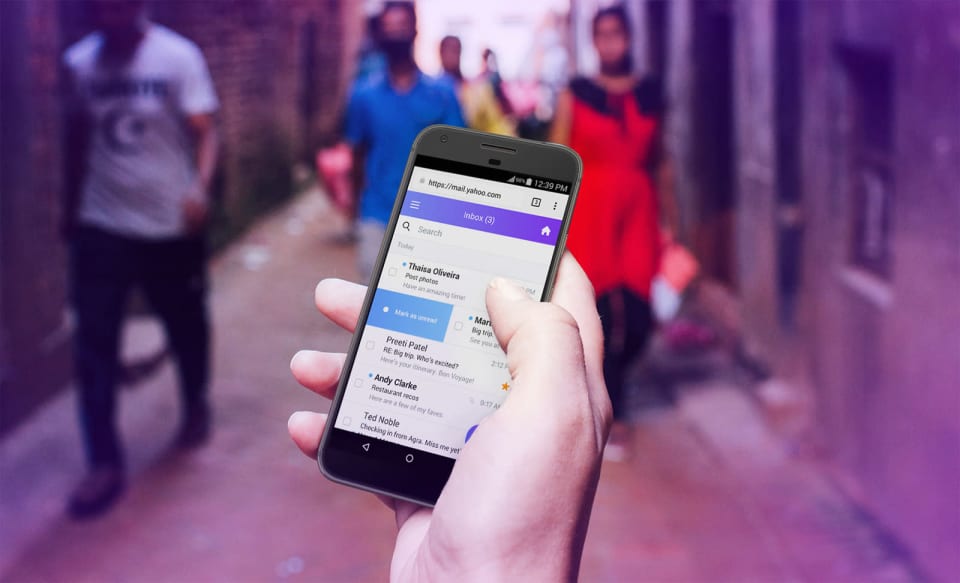 Few things are a uniquely annoying as having to use your email service's mobile interfaces — they're basic, they're kind of ugly, and they rarely provide the niceties you'd normally be used to. Yahoo wants to change that. The brand (which, like Engadget, is own by Verizon's Oath) today announced a new mobile web interface that looks and feels more like Yahoo's full-blown Mail app.

You can now, for instance, swipe left and right on missives in your inbox to mark as read or delete, respectively. It's now much easier to create and manage folders for specific emails from a sidebar menu. Contact suggestions happen in-browser, too, making the process of actually blasting out emails to frequent collaborators that much faster. Oh, and there are themes, too — after all, why should the email web app you occasionally use look the same as mine? More than anything, though, it's important to note that when you're using this "enhanced" interface, it feels like you're using an app that you didn't have to download.

That strikes at the heart of Yahoo's big update — Yahoo Mail product manager Josh Jacobson said that the brand is seeing the biggest growth potential in developing markets where people's online behaviors haven't settled yet. Those are the same markets where traditional desktop and laptop use tend to lag behind aggressive smartphone adoption, so this kind of improved mobile email experience could be a notable competitive advantage.

As part of this broader push for better mobile accessibility, Yahoo also pulled back the curtain on an Android Go version of its Mail app. For the unaware, the big draw of Go edition apps is how light they are: Google says Go apps tend to be around 50 percent smaller than their standard counterparts, and that could make all the difference when you're using a device that only has 8GB of storage. In this case, Yahoo's engineering team was able to trim the Mail app's install size to below 10MB while keeping memory usage south of 50MB — another crucial consideration when all Go-edition phones have 1GB of RAM or less. More importantly, the feature set between the standard and Go version of Yahoo Mail appear to be basically identical, though Jacobson admitted that the full-blown Yahoo app may eventually get experimental features that won't appear in Yahoo Mail Go.

By fleshing out its mobile web experience and releasing a Go-edition app, Yahoo is also trying to make an argument for consistency. It shouldn't matter what device or browser you're accessing your email on -- you should be able to use the same tools in (more or less) the same way. Whether all this will actually drive growth for one of Yahoo's biggest services remains to be seen — either way though, the brand's argument certainly seems like one worth running with.

In this article: androidgo, email, gear, oath, services, verizon, yahoo, yahoomail
All products recommended by Engadget are selected by our editorial team, independent of our parent company. Some of our stories include affiliate links. If you buy something through one of these links, we may earn an affiliate commission.