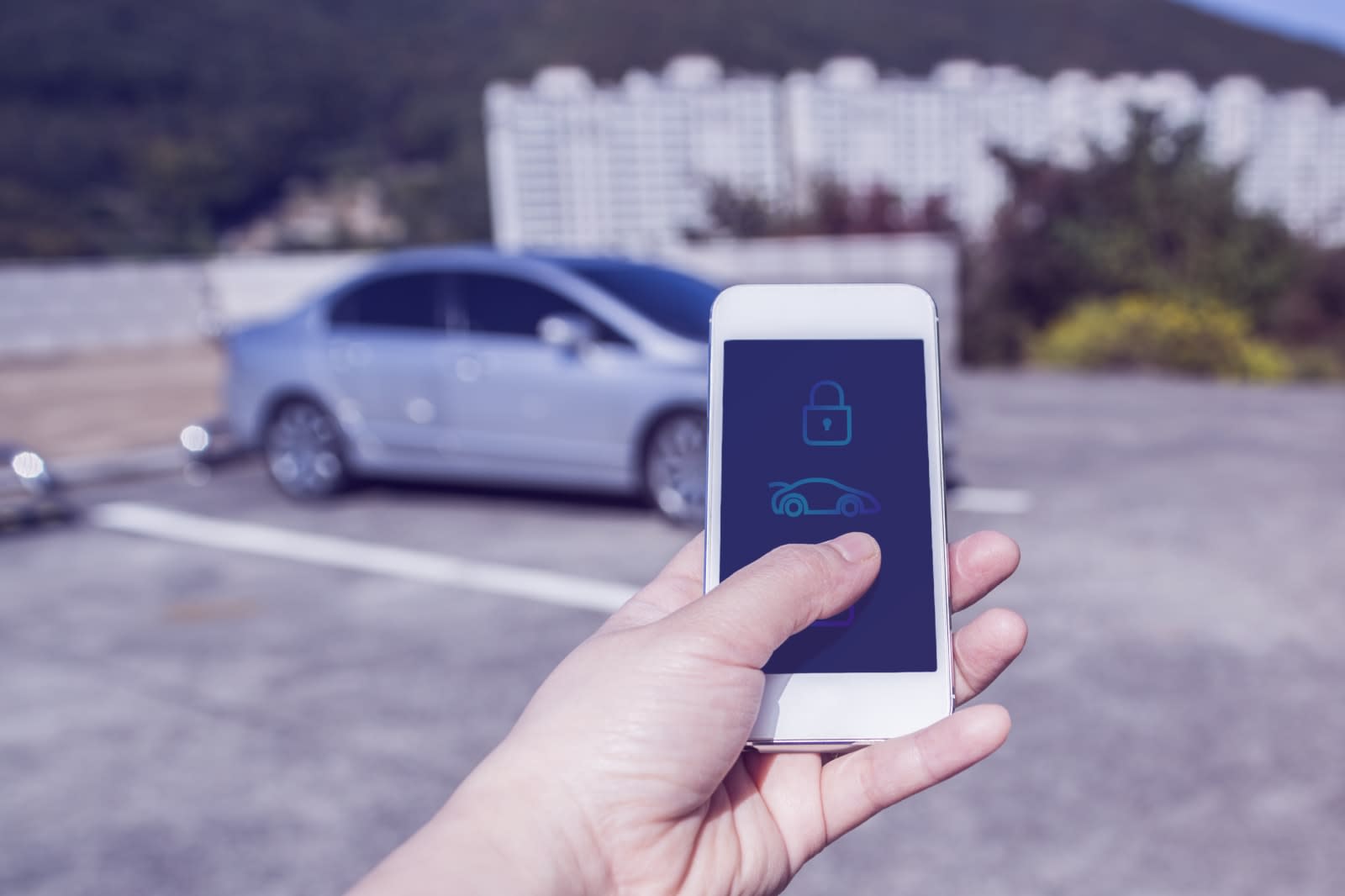 You can already use your smartphone as a car key if you own the right vehicle (just ask Tesla Model 3 owners). There hasn't really been a common standard for it, though, and that has hurt adoption -- you can't guarantee that you'll have phone access if you switch brands, or even individual models. You might soon have a solution. The Car Connectivity Consortium, a mix of major smartphone and automotive brands, has posted a Digital Key 1.0 standard (PDF) that will let you download (what else?) a virtual key that can unlock your vehicle, start the engine and even share access with other drivers.

Unsurprisingly, the technology focuses on security more than anything else. Your car manufacturer uses an existing trusted system to send the digital key to your phone, which uses close-range NFC to grant access to your ride. You can't just unlock your car from inside your home, then, but this would also force would-be thieves to be physically present with your phone when trying to unlock your car. It's going to take a while for companies to implement the feature, so the days of keeping a tangible key in your pockets aren't done yet. However, the Consortium's membership suggests that Digital Key could be ubiquitous once it arrives in earnest. Apple, LG and Samsung are among the phone brands in the group, while car brands including BMW, Hyundai and the Volkswagen group are also onboard. There's also talk of a version 2.0 spec that will promise more interoperability between cars and mobile devices in the first quarter of 2019.

The standard promises convenience for anyone who tends to forget their usual keys, but it could also be essential for future cars. Brands like Lynk & Co are starting to offer car sharing as a feature, whether it's offering temporary access for your teen's night out or renting your car to neighbors. This could make sharing relatively trivial and lower the cost of ownership for buyers who only periodically drive their own machines.

In this article: AlpsElectric, apple, audi, bmw, CarConnectivityConsortium, continental, denso, digitalkey, digitalkeyrelease, gear, gemalto, gm, honda, htc, huawei, hyundai, key, lg, mobile, nfc, nxp, panasonic, qualcomm, samsung, smartphone, transportation, volkswagen
All products recommended by Engadget are selected by our editorial team, independent of our parent company. Some of our stories include affiliate links. If you buy something through one of these links, we may earn an affiliate commission.