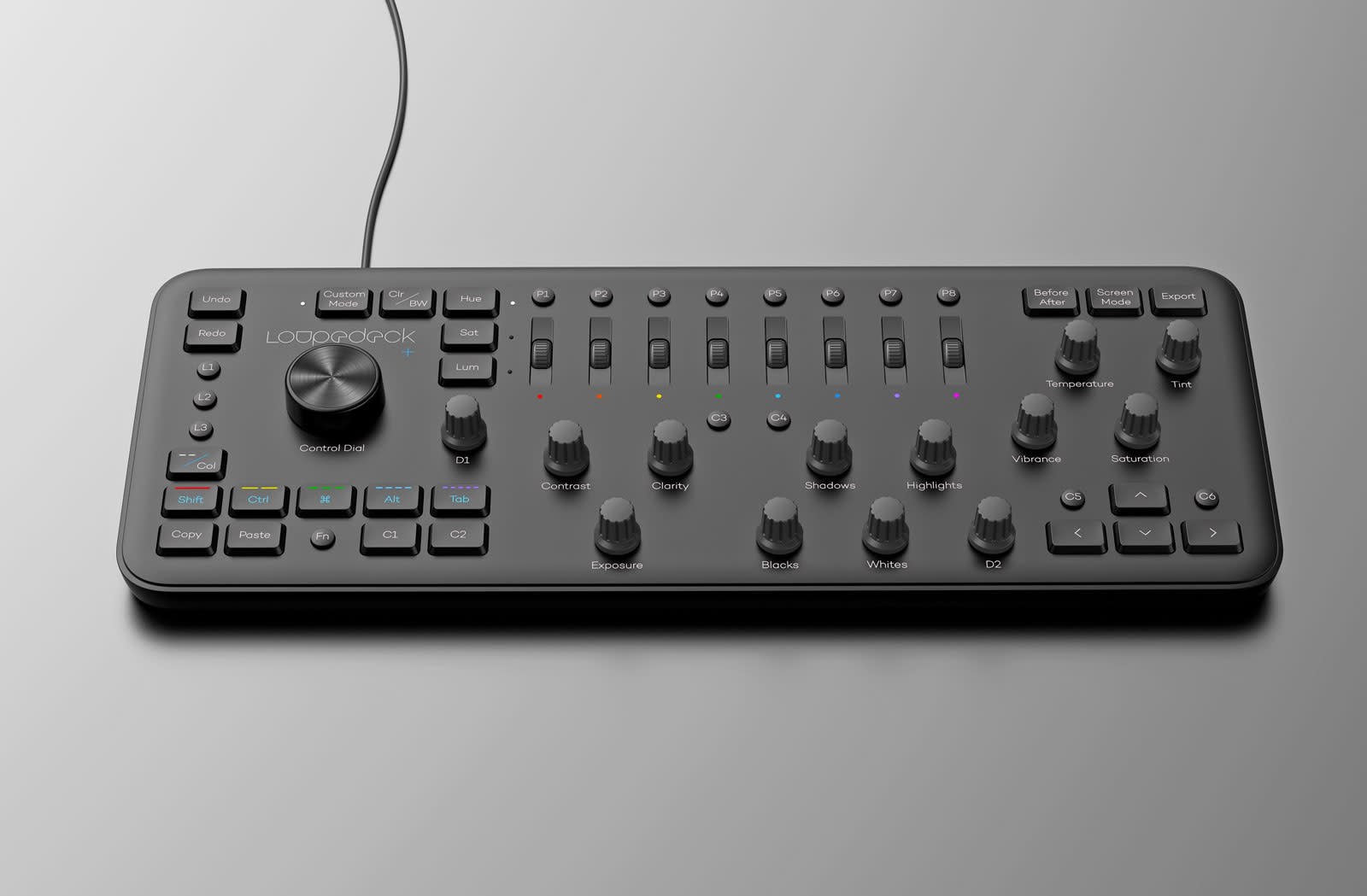 When Loupedeck smashed its Indiegogo target in 2016, the media controller gave both aspiring photographers and professionals a chance to edit pictures on Adobe Lightroom more quickly and intuitively. That formula will be further refined in Loupedeck+, a freshly announced follow-up that introduces mechanical keys, a reworked design, and a custom dial control mode missing in its predecessor. It's also compatible with both Lightroom and the award-winning photo editor Skylum Aurora HDR, and additional software is in the works.

While the Loupedeck+'s design remains mostly unchanged, the lower left hand corner has swapped the star system with text-based keys and a Mac function key. Another adjustment is the introduction of custom mode, which will allow users to customize the function of dials -- buttons and scroll customization isn't mentioned -- to their liking.

You could say Loupedeck found a niche as the only real custom-built hardware for use with Lightroom; its minimalist design has the familiar shape of a keyboard and simplifies the editing process with multiple dials and specific buttons. However, thanks to a partnership with Skylum and planned future integration with professional image editor Capture One, the Loupedeck+ will appeal to an even bigger user base.

Anyone tempted by the Loupedeck+ can purchase it through Amazon, B&H Photo and Loupedeck Online store for $239 -- with a $50 discount for anyone with original Loupedeck hardware.

In this article: gadgetry, gadgets, gear, loupedeck, loupedeck+, mediacontroller, skylumaurorahdr
All products recommended by Engadget are selected by our editorial team, independent of our parent company. Some of our stories include affiliate links. If you buy something through one of these links, we may earn an affiliate commission.