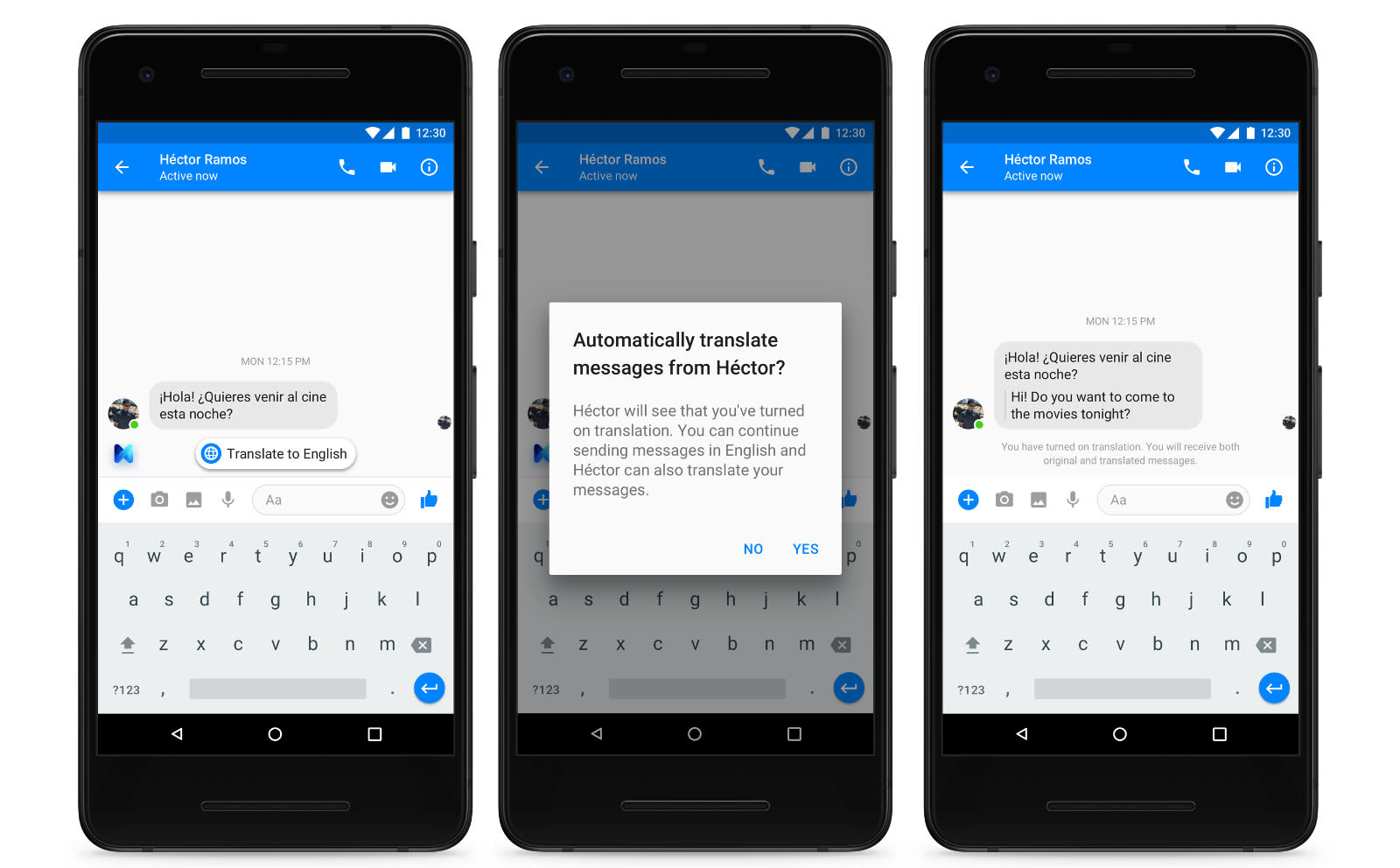 Facebook Messenger can now translate messages from Spanish to English (and vice versa) for you, whatever it is you and your friend are talking about. The feature, called M's translation suggestions, debuted at F8 in May as one of Facebook's new tools for businesses and used to only work for chats between buyers and sellers in Marketplace. Starting today, though, you'll see a "Translate to English/Spanish" module pop up when someone messages you in either language, so long as you're in the US or Mexico.

When you tap on the module, M will ask if you'd like to auto-translate all the messages you receive from that friend in the future. You'll have to opt into auto-translation for every conversation, but you can also opt out anytime, say when you're finally fluent enough in Spanish that you don't need help reading it anymore. While the feature is still pretty limited, Facebook plans to expand its capabilities so that it can also translate other languages and can be released in other countries. The social network believes it will enable people to connect in a way that's seamless and natural -- it's definitely much easier to switch on auto-translate than to jump between Messenger and a translator app again and again.

In this article: ai, assistant, facebook, facebookm, gear, m, messenger, mobile, translations
All products recommended by Engadget are selected by our editorial team, independent of our parent company. Some of our stories include affiliate links. If you buy something through one of these links, we may earn an affiliate commission.