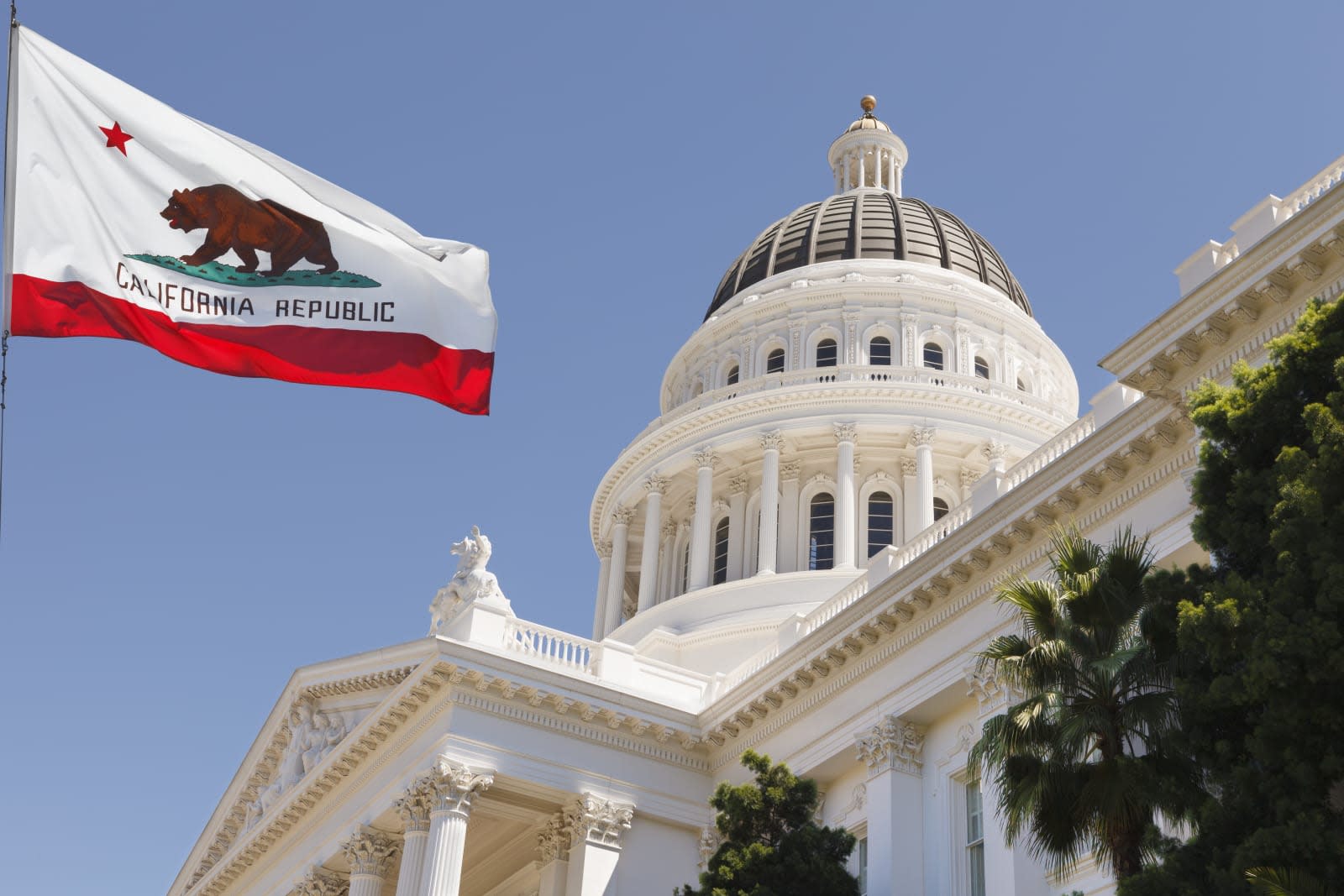 California legislators have introduced a bill that would give the state's residents more control over their online data and notably, would take the place of a proposed ballot measure that has been rigorously opposed by tech companies like Amazon and Microsoft. The bill was introduced by Assemblyman Ed Chau (D) and state Senator Robert Hertzberg (D) and is the result of a deal stuck between lawmakers, stakeholders and Alastair Mactaggart -- the California real estate developer and chair of Californians for Consumer Privacy who introduced the ballot initiative. "This legislation, like the initiative, would provide simple, powerful rights to Californians: tell me what you know about me. Stop selling it. Keep it safe," he said in a statement.

Like the ballot initiative, the bill would give California residents the right to ask what data is being collected on them by businesses and data brokers as well as what's being done with that data. Consumers could also request that their data not be sold by those companies. Going beyond the ballot measure, the proposed legislation would also let residents ask businesses to delete their data. Further, the bill stipulates that data collected on children between the ages of 13 and 16 can't be sold unless those consumers explicitly authorize it. In the case of children younger than 13, a parent or guardian would have to approve the sale of their data.

Most importantly for businesses, the bill limits who can pursue legal action against them if they're believed to have violated the new law and puts a cap on fines.

This bill represents an amended piece of legislation that was shelved last year. The renewed interest follows both the Cambridge Analytica scandal and Europe's rigorous new General Data Protection Regulation. It also comes as federal lawmakers have introduced their own privacy bills and other states have taken action to regulate data brokers. "All these new technologies are able to gather information about where you are, when you are, what your heart rate is," Hertzberg told Wired. "It's critical that government is on its toes."

Mactaggart has agreed to withdraw his ballot measure if California lawmakers can pass the bill and get it signed into law ahead of the June 28th withdrawal deadline. Voting on the measure could begin as early as Monday. "Once this is done, you'll see a copy of this bill passed in all 50 capitols, because we don't have confidence in the federal government," Hertzberg told Wired. "There's been a real resurgence in states being the incubators of democracy."

In this article: amazon, bill, California, cambridgeanalytica, GDPR, gear, internet, legislation, microsoft, politics, privacy
All products recommended by Engadget are selected by our editorial team, independent of our parent company. Some of our stories include affiliate links. If you buy something through one of these links, we may earn an affiliate commission.