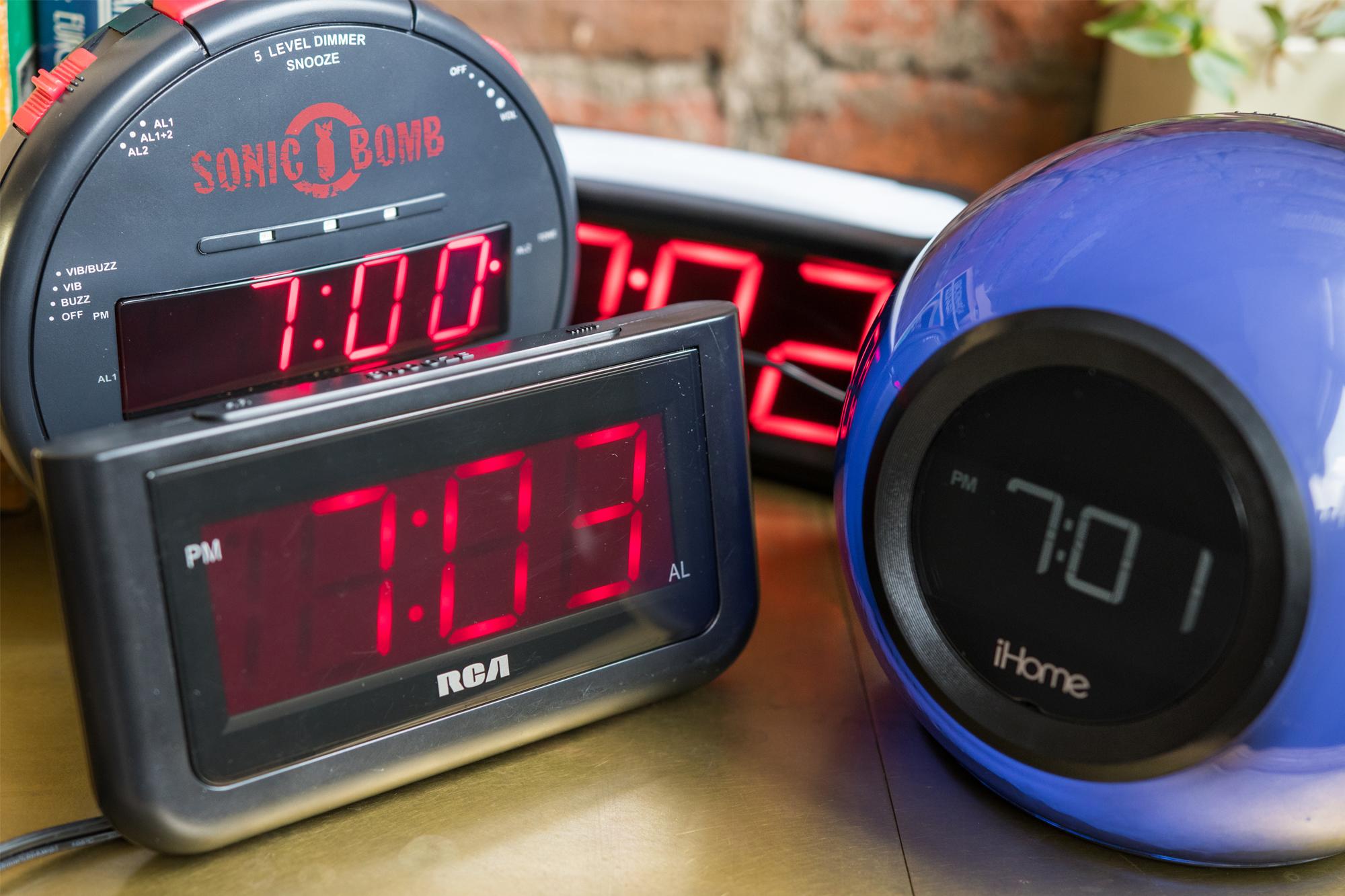 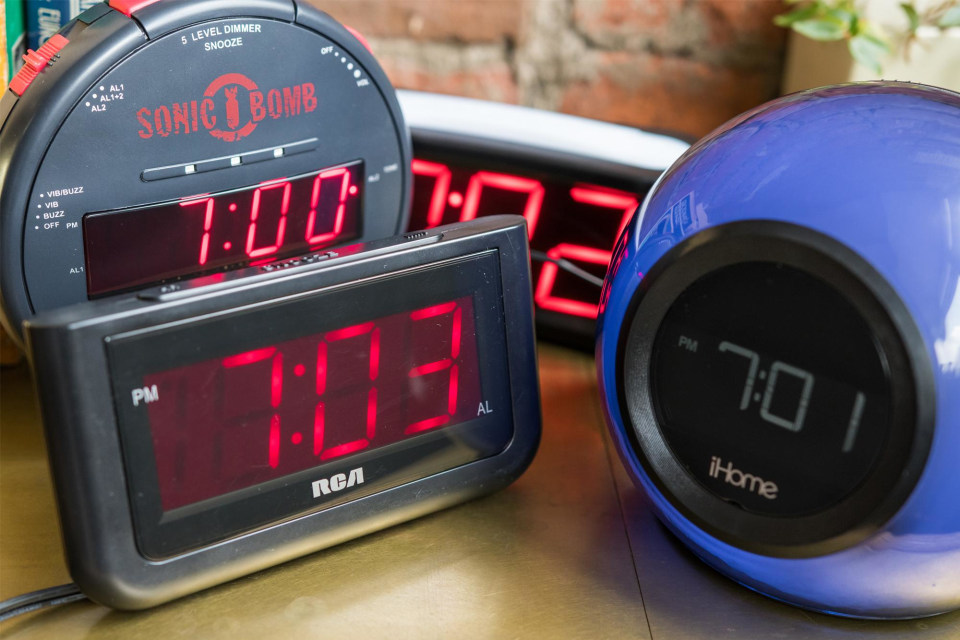 After spending more than 60 hours setting alarms, swatting snooze buttons, tuning radio stations, and talking to potential shoppers, we've decided that the RCA RCD30 is the best alarm clock for most people. This is the textbook definition of an alarm clock, delivering a reliable, hassle-free wake-up for people who don't want to rely on a smartphone.

We started our research on Amazon, which yielded approximately 97,000 results for alarm clocks. From there, we narrowed the list by reading user reviews, searching Google, checking out product roundups of alarm clocks and clock radios, and combing through as many reviews as we could find. To narrow the list even further, we put a limit of $50 on models we were testing, which was the high end of what we found people expect to spend for an alarm clock. We also polled friends, family, and strangers to find out what they look for in an alarm clock. Here are the must-have features:

Here are other features that aren't really necessary, but we found available on a few models in this price range:

We tested a total of 13 alarm clocks. Three of those were analog clocks, which were the only models that didn't offer AC power; they're completely battery-operated. Six of the 13 models tested also included radios.

We tested each clock in a first-floor home office and a second-floor bedroom. This helped when testing reception on the clock radios, because it gave us data from different locations. We used them during the day and at night to test out brightness levels and if they were easy to work with in the dark. We also monitored each clock for accuracy, the duration of the snooze, and if the snooze would continue after one hour. We think the RCA RCD30 is the best alarm clock for most people. It is the textbook definition of an alarm clock in terms of features and style, with an easy-to-use button layout, a bright display, and an alarm that should wake up even heavy sleepers. It's also the least expensive model that we tested.

Of the models we tested, the RCD30 packed the largest display size in the smallest design, so it won't take up much room on your nightstand. The illuminated display measures approximately 3.75 by 1.4 inches, which was visible in daylight and at night from at least 20 feet away. The large display size is a boon for people who wear glasses because you don't need to fumble for your glasses to check the time. If a big display keeps you up at night, know that the RCD30 does have two brightness settings.

The easy operation has a lot to do with the unit's no-frills design. It has a large snooze button across the top, so you can usually hit it without much fumbling. That snooze also doubles as an hour/minute button for setting the time and alarm. On the back, there are three switches: one for setting the time/alarm, one for turning the alarm on/off, and one for dimming the front display. If our main pick isn't available, we also recommend the Travelwey LED Digital Alarm Clock. This model is almost identical to our main pick, but has two levels of alarm volume, a slider control for dimming, and a snooze button that doubles as a night-light. However, it's also twice the price. Like our main pick, the Travelwey clock has a loud, beeping alarm that can be heard 20 feet away. If you don't need something that powerful, there's a second volume option that belts out softer beeps that get drowned out at about half that distance. Of the six clock radios we tested, the iHome iBT29 had the best sound and best reception. It also had more extras than any other clock radio at this price, including Bluetooth wireless streaming, multicolored lights, a USB port for charging, and alternate alarm choices. This clock radio doesn't just have the best sound, it also provided the loudest music volume of the models we tested. At its loudest level, the iBT29 can be heard over 30 feet away. It certainly won't rival your stereo or the best Bluetooth speaker, but its volume is impressive for a clock radio. Designed for really deep sleepers, the Sonic Alert SBB500SS was the loudest alarm clock we tested. The SBB500SS has two alarms that deliver an ear-piercing beep that's pretty loud from 40 feet away. It also features red flashing lights and a bed-shaker that can vibrate your pillow or mattress. Being shocked into each day may not be a selling point for some people, though. That and its price kept this model from snagging one of our top spots. Just know that there's absolutely no sleeping through this thing. It does allow you to lower the alarm volume or turn the sound off completely, but the flashing lights are a permanent fixture.

In this article: alarmclock, clock, gear, home, iHome, partner, RCA, SonicAlert, syndicated, thewirecutter, Travelway, wirecutter
All products recommended by Engadget are selected by our editorial team, independent of our parent company. Some of our stories include affiliate links. If you buy something through one of these links, we may earn an affiliate commission.