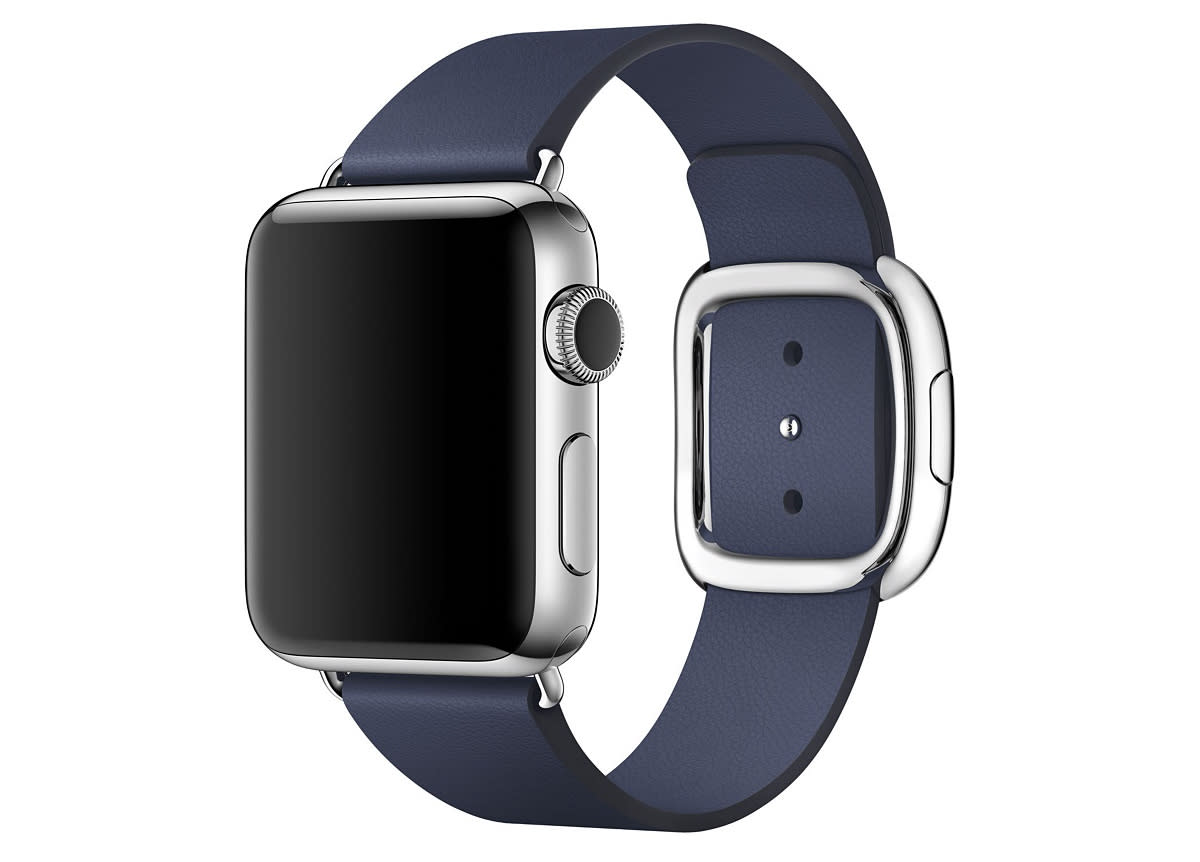 Apple regularly kills off products in silence, simply yanking it from stores without so much as a notice. That's how its super expensive gold Edition watches and even something as big as the iPod Classic went the way of the dodo. This time, Apple has killed the Modern Buckle Apple Watch band, which was one of the first styles available for the device. It's not quite as huge as an iPod, but its removal could disappoint those who've been eyeing it for a while. 9to5mac first noticed that it's not available from Apple's online store anymore, and upon checking with Wayback Machine, the last time it was up for purchase was back in mid-March.

Now, when you try to click on a search result link that leads directly to the band listing, you'll get redirected to a page with a notification that says: "Looking for something? We thought so. However, the product you're looking for is no longer available on apple.com. But we do have similar products to show you." The Modern Buckle sat with the Watch's other leather bands being sold for $149 ($249 originally) and was only available for the 38mm watch. It might not have been a hit due to its mid-range price tag and limited variety, but if you still want to get one, take note that it's still available in some stores outside the US.

In this article: apple, applewatch, gear, modernbucklewatchband, watch, wearables
All products recommended by Engadget are selected by our editorial team, independent of our parent company. Some of our stories include affiliate links. If you buy something through one of these links, we may earn an affiliate commission.