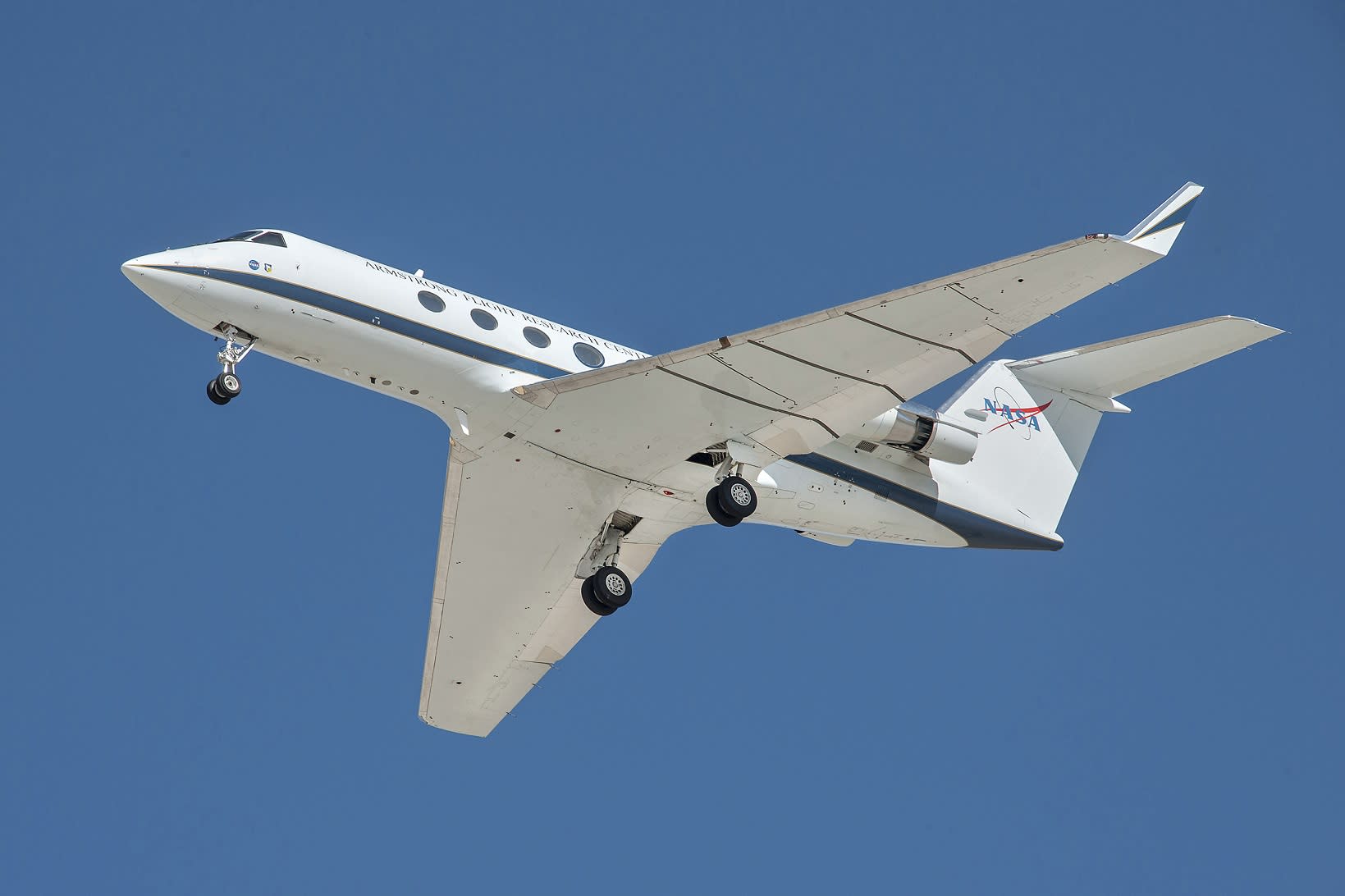 While NASA's research often makes headlines for advancements that could facilitate space exploration -- like, say, more portable nuclear reactors or X-ray navigation -- it also looks into tech to help us here on Earth, too. The agency just completed a series of flights testing out new airframe components that could reduce the noise they generate when landing by over 70 percent. That could mean quieter airports and happier communities surrounding them, and consequently fewer noise complaints to the FAA.

Scientists from NASA's Langley, Virginia facility tested non-propulsion component parts on a Gulfstream III jet. These included porous landing gear fairings that allowed some air to flow through, as well as several different additions for cavities (gaps in the airframe like those created when the wheels are lowered) to mitigate noise. Finally, NASA tried out a seamless and flexible design that covers the space that typically emerges between wing and deployed flaps.

There's telling if or when these new technologies will be implemented in commercial aircraft, but it's promising to see NASA research dedicated to improving the quality-of-life for average folks. And, as with so many of the agency's R&D efforts, who knows where this tech could end up being applied, from outer space to your kitchen.

In this article: aerospace, aircraft, airport, gulfstream, nasa, research, transportation, hidden:vv_3x4:5f6d7b92-7a75-3a5b-9904-4e24072c7f2f, hidden:vv_16x09:81d2be31-ce97-3d9e-9d85-e95cf79fa723
All products recommended by Engadget are selected by our editorial team, independent of our parent company. Some of our stories include affiliate links. If you buy something through one of these links, we may earn an affiliate commission.