Siri and Alexa walk into a bar: How AI assistants found their funny bone

Just because you're smart doesn't mean you're funny.

Virtual assistants like Siri and Alexa are useful for a lot of things, like telling you what the weather's going to be or reminding you of an upcoming calendar appointment. But they can be entertaining too, providing the occasional fun fact or playing that hit song from Beyonce. Or, when you want a little levity in an otherwise crappy day, telling some really corny dad jokes.

You've probably heard them before. Ask Siri, Alexa, Google or Cortana to tell you a joke, and you'll likely hear something like this:

"I couldn't figure out why a baseball kept getting larger. Then it hit me."

"What's the difference between roast beef and pea soup? Anyone can roast beef."

"What do you call a talking dinosaur? A thesaurus."

A lot of these jokes aren't original; some have been doing the rounds for years and were simply curated into the smart assistants' libraries. But someone somewhere is figuring out what jokes to include, and occasionally, there's an original gag or two as well. Most if not all of these tech companies -- Apple, Google, Amazon and Microsoft, at the very least -- have a specific team thinking up these tidbits of joy.

"It's part curation, it's part original writing," said Karina Portuondo, a lead creative writer for Google Assistant's personality team. She heads a group of writers who are in charge of the entertainment side of the Assistant. Any time you hear a joke, a fun fact, a weird quote or a poem from your Google-powered device, one of them might've been responsible for it. The team has writers from various backgrounds: some are scriptwriters, story-boarders for Pixar, marketing copywriters and several have experience in both improv comedy and stand-up. "A lot of the jokes are the classics that have been around forever," she said. "But sometimes we have our own ideas too. We work off each other; write a draft, and then we'll have someone else punch it up a bit." One particular original joke goes like this: "Who was the French chef who caused the explosion in the kitchen? Linoleum Bonaparte." "It was inspired by one of our writers' dads," Portuondo laughed.

For the most part, these are cheesy jokes designed to be as inoffensive as possible. Considering these quips are designed to please the masses, that makes sense. Still, not all assistants tell jokes the same way. Siri and Google can come across as robotic while Alexa and Cortana sound a lot more natural. Google has a little bit of a sound effect after each punchline which is super corny, and Cortana sounds perhaps the most human of the lot, complete with changing intonation and pitch.

I asked three local comedians on what they thought of the jokes: Natasha Vinik, the artistic director of Endgames Improv (an improv workshop in San Francisco), who's been doing improv for 12 years and stand-up for about a year; Sid Singh, who's done stand-up for over nine years and will be debuting a new show called "American Bot" at the upcoming Edinburgh Fringe Festival; and Kurtis Matthews, a teacher at SF Comedy College who has well over 30 years of stand-up experience. I asked Siri, Google, Alexa and Cortana to tell us a joke a few times each on separate calls and had the professionals evaluate the jokes. Here are a few of their reactions (different jokes were told in each call): "I was washing the car with a friend, until they said, 'Can't you just use a sponge?'"

"I taught a wolf to meditate. Now he's Aware Wolf."

"A skeleton walks into a bar. He says 'Give me a drink. And a mop."

Matthews: "I like that joke for a lot of reasons. Anything that deals with an inanimate object that walks into a bar, I'm already smiling. Why would a skeleton be thirsty? Where does a skeleton keep his money to pay for the drink? Jokes are unexpected. And the end -- he's got no stomach! Get it! Ha! If I was 14, I'd give that joke a 10." "What do you call a shoe made out of a banana? A slipper." *banana slipping sound effect*

Vinik: "Wow, man, that is dated. We don't do banana-slipping jokes anymore! Also, wow, these sound effects. I wish I had them on stage. It'd make it a lot easier."

"What type of nails do carpenters hate to hammer? Fingernails." *hammer sound effect*

Singh: "That's cute, but not funny. It's a great joke for a 12-year-old. As for the sound effects; they are probably the most high tech way to say 'Get it? Get it?'"

"How do robots eat guacamole? With computer chips!" *rim shot*

Matthews: "That's hilarious! It has its own rim shot! I mean, the joke is stupid. But that sound is a cue to the human brain that it's funny. When I think about robots, I'm always wondering, 'hey do they enjoy guacamole?' It's always the first thought I get." "Why couldn't the python cross the road? He had just swallowed the chicken."

"What did the pecan tree say to the psychiatrist? I think I'm growing nuts."

Singh: "I want to know why they chose pecans. Walnuts, cashews, it could be anything. Why pecans? Maybe it sounds better? It's probably not a good thing that I'm focusing on that instead of the joke."

"People hang up horseshoes for good luck. So why don't horses hang up socks?"

Matthews: "That's very original! And weird. It's like observational comedy. That's never going to get a big laugh, but it's clever. It's the same reason people like Jerry Seinfeld. It's not killer funny, but it still stimulates you intellectually." Vinik: "Oh, I like that one! It's a trick. I love jokes that I'm surprised by. Surprise is a big laugh-maker."

"Two antennas get married. The ceremony dragged on, but the reception was excellent."

Singh: "Hah! I like that one. I'm not normally a fan of word play, but I liked that."

"Why did the chicken go to the seance? To get to the other side."

Matthews: "That's clever. They worked that joke in reverse. They had the punchline, and they changed the setup. Pretty clever. Good on Cortana. As an adult, I'll give that a nine." 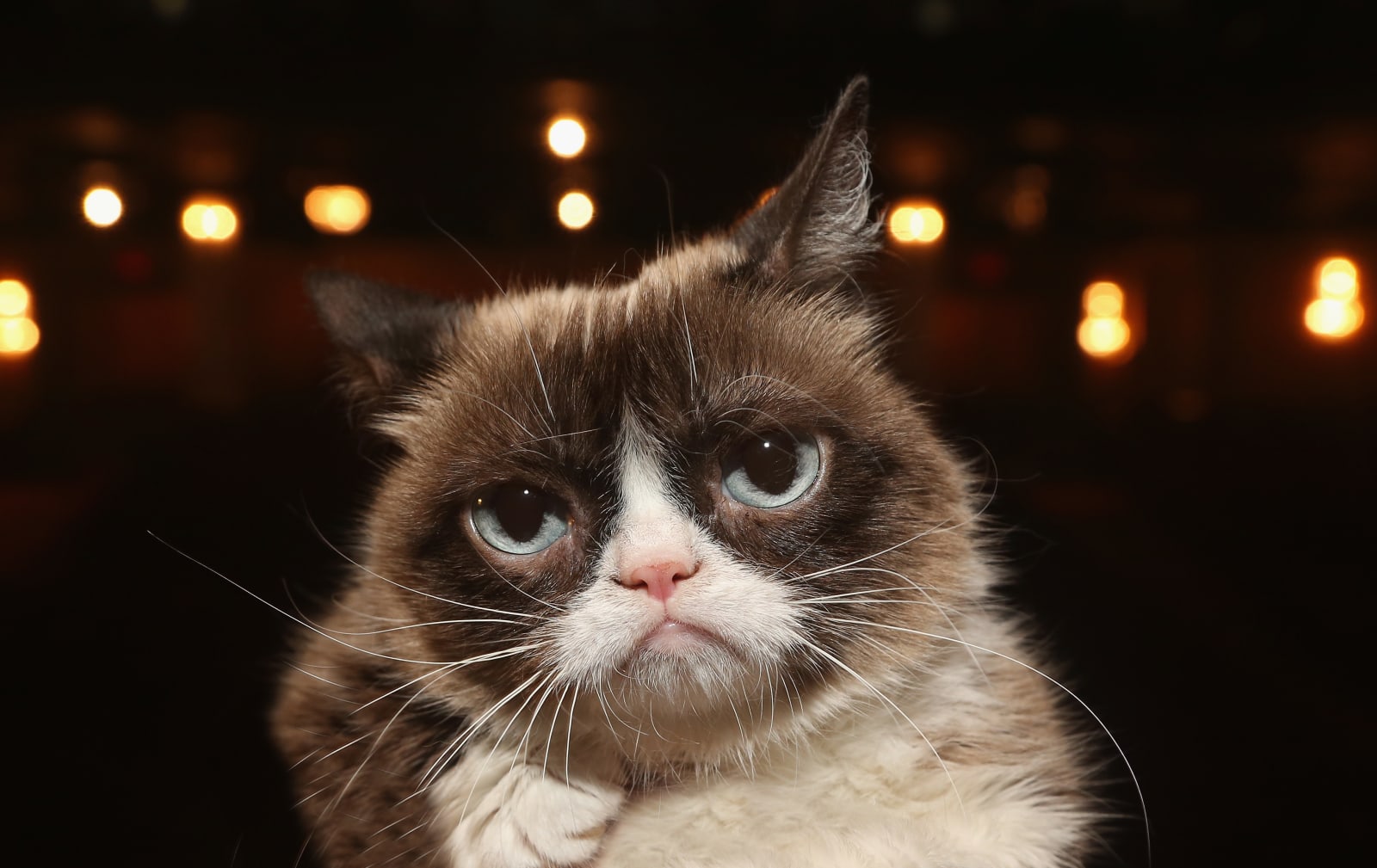 Overall, the jokes didn't particularly impress any of the three. "Most of them are dad jokes that are very inoffensive," said Vinik. "I prefer jokes that I'm surprised by, that you're led one way and then there's a twist. It's all about tricks; tricking your audience over and over again."

"Word play isn't my thing," said Singh, admitting he isn't the target audience. "Generally my favorite kind of comedy allows for a little bit of insight, either into yourself or society. [...] The real takeaway from this is that if you're at all interested in doing comedy, you should go out and do an open mic. Most people would be better than these assistants."

"If I were to rank them, I'd say first is Alexa then Cortana then Siri and then Google," said Matthews. "But it's subjective. I enjoy corny. That's just what I find funny."

"A good joke has a clear setup, and then the reinterpretation needs to be enough of a departure from the first thought, so that it's interesting and surprising enough for people to laugh at," said Matthews on what he thinks makes a good joke. "All comedy is creating a new definition of what you've just described to people."

In the end, the goal of these jokes is not so they can score laughs in a comedy club. Instead, they're designed to deliver a more personal relationship between you and the assistant. "People already treat AI assistants like humans," said Portuondo. "People anthropomorphize computers and develop a bond with them." She said, for example, that a lot of people ask Google Assistant questions like Do you want to be my friend? and Will you marry me?

"We want to develop that trust, so that they feel comfortable with it," she said. "It gives Assistant a friendly vibe."

"If anyone is going to one of these Assistants for humor, they're in trouble already," said Matthews. But he concedes that, most of the time, it's just for a bit of fun.

"If you're stuck in some project and you're frustrated, and you just throw this out there to give you a bit of a laugh, that's great," he said. "The goal is to just give people a smile. I get that."