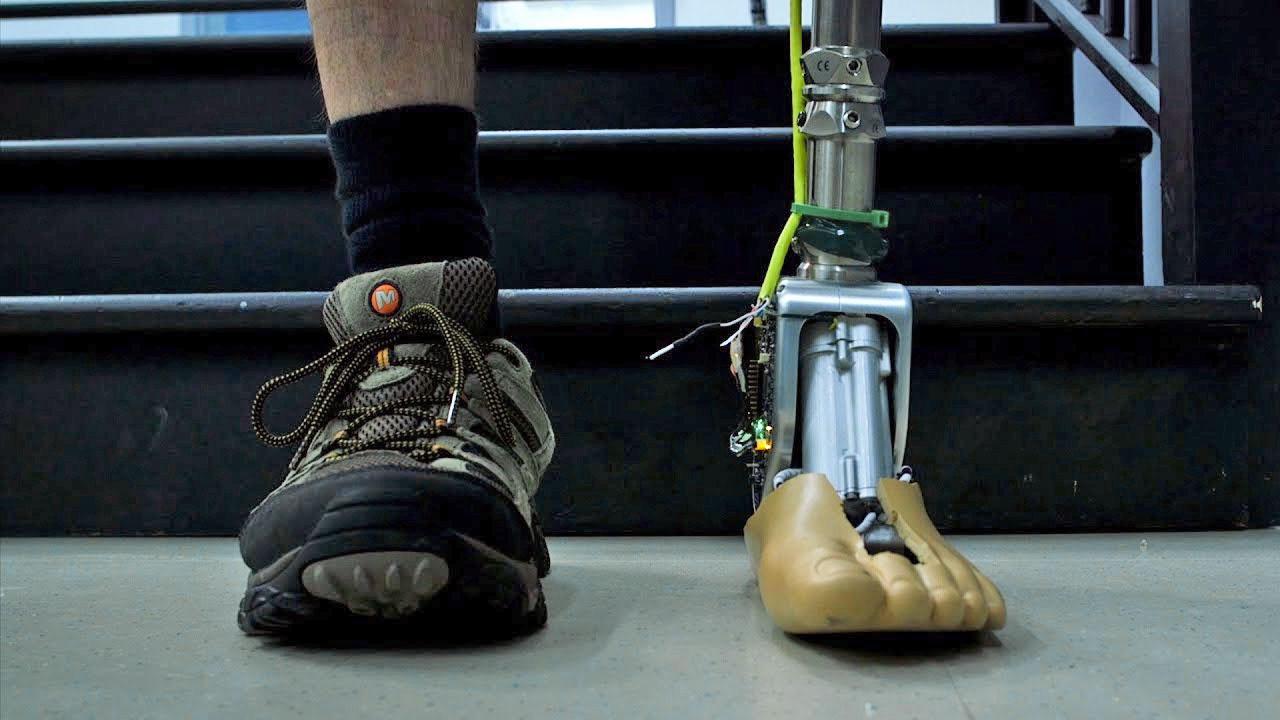 Prosthetic limbs have evolved considerably from the rudimentary wooden appendages of just a few decades ago. They can be bionic, brain-controlled and loaded with features -- and even mimic the sense of touch. But they're still a way off truly replicating the real thing, largely because of issues imitating the many subtle movements and sensations that come naturally to real limbs. Now, however, a new prosthetic ankle is overcoming these challenges.

Unlike existing prosthetic ankles, which work to passively absorb shock via springs and padding, the prototype can adapt to different ground surfaces and the way its user walks. And, it moves on its own in the style of a real ankle, controlling the tilt of the foot, lifting the big toe away from the ground and managing unstable or irregular surfaces.

It works thanks to a motor and actuator inside the joint, which are controlled by a chip that senses motion and regulates each step. Vanderbilt's mechanical engineering professor Michael Goldfarb -- the man behind the invention -- said that the device "first and foremost adapts to what's around it," adding that users can walk up and down slopes and stairs, and the device "figures out what you're doing and functions the way it should."

The ankle was tested by prostheses-wearer Mike Sasser. "I've tried hydraulic ankles that had no sort of microprocessors and they've been clunky, heavy and unforgiving for an active person. This isn't that," he said. The device is still in its very early stages and runs on wired power, but Goldfarb and his team plans to work that out and introduce the ankle to the commercial market in the next couple of years.

In this article: ankle, chip, device, medicine, prosthesis, prosthetic, robot, robots, tomorrow, Vanderbilt
All products recommended by Engadget are selected by our editorial team, independent of our parent company. Some of our stories include affiliate links. If you buy something through one of these links, we may earn an affiliate commission.