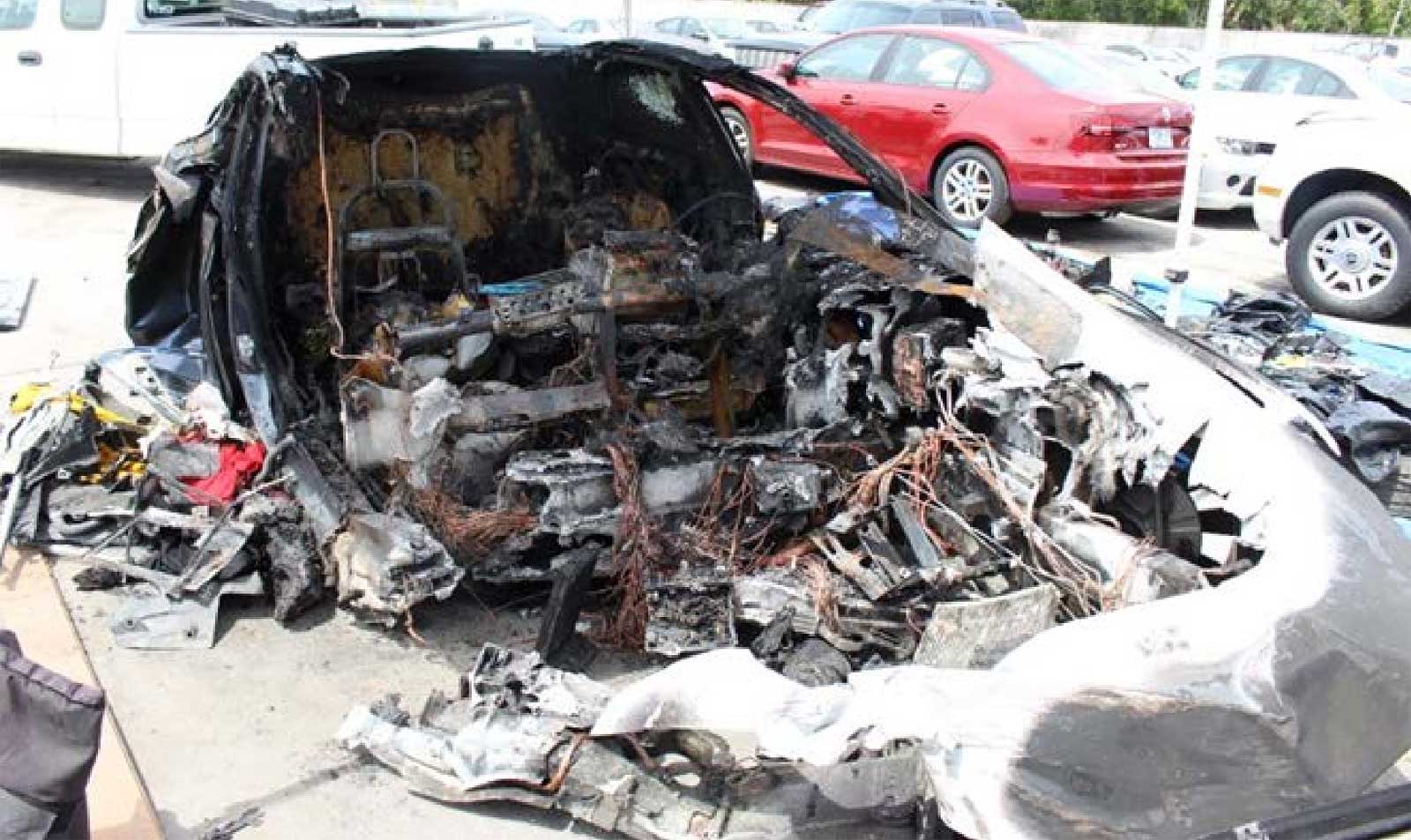 It's not unheard of for cars to catch fire in a crash, but there are now instances of Tesla cars' batteries reigniting well after the fact. As part of a preliminary report on a Model S crash in Fort Lauderdale, Florida, NTSB investigators revealed that a piece of the EV's lithium-ion pack reignited twice despite firefighters dousing it with water and foam. It first reignited when crews were removing the car from the crash scene, and again when it arrived at a storage yard.

The same report also detailed the crash itself, noting that the sedan was traveling at 116MPH before it collided twice with a residential wall, catching fire the second time around. Tesla has since instituted a speed limiting feature to prevent these kinds of incidents.

As The Verge observed, there have been fires like this in the past. The battery in the Model X from a Mountain View crash reignited five days after sitting in an impound lot, while actress Mary McCormack captured her husband Michael Morris' Model S erupting into flames despite the absence of a collision. This may be the most prominent example, however.

Tesla has declined to comment. However, the report doesn't necessarily indicate brand-specific design flaws. Many portable device owners will attest that batteries don't always need obvious provocation to catch fire -- sustained pressure or other hard-to-predict factors can trigger a blaze at unexpected moments. While there is a chance that Tesla could have a role to play, it might be difficult to prevent reignition when the required chemical reactions can take hours or days to kick in.

In this article: battery, crash, electriccar, electricvehicle, ev, gear, lithium-ion, models, ntsb, safety, tesla, transportation
All products recommended by Engadget are selected by our editorial team, independent of our parent company. Some of our stories include affiliate links. If you buy something through one of these links, we may earn an affiliate commission.