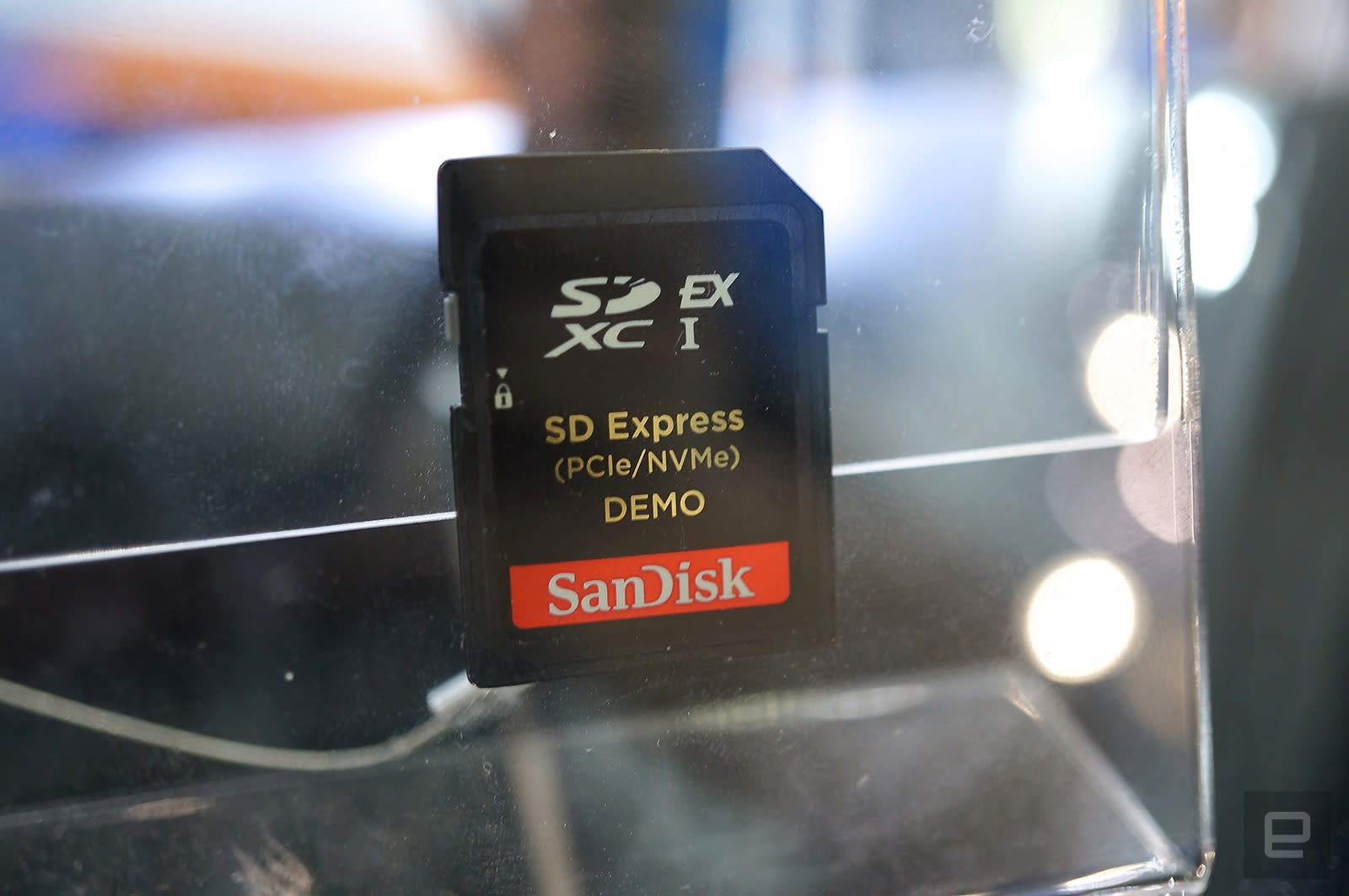 A single SD card might someday be enough to hold your entire media collection, no matter how huge it is; and it'll obviously be even faster than today's offerings. The SD Association (the group that sets memory card standards) just announced a new specification called SD Express, which adds PCI Express and NVMe interfaces to the cards, thus ramping up data transfer speeds to as much as 985MB per second -- almost doubling that of last year's SSDs. This spec can be applied to future SDXC and SDHC memory cards, but it'll require the same additional pins as UHS-II and UHS-III specs to support the extra bandwidth.

Announced along with this is the SD Ultra Capacity (SDUC) format, which pushes the maximum capacity of SD cards from 2TB (SDXC) to a whopping 128TB. Just one of these SD cards could essentially replace all of your hard drives, though even with the new SD Express speeds, it might take a while to load up terabytes worth of data.

In real terms, you could squeeze more than 29,000 Full HD movies onto one 128TB SD card. Assuming a typical photo size is 5MB, the same card could house over 26 million photos. It could hold over 16 million songs if they are about 8MB each (not lossless, of course); three will be enough to store Spotify's entire library of 35 million tunes.

More practically, SD cards with vastly greater storage capacities and transfer speeds than we've seen before should be a boon for video creators shooting in 4K, 8K or VR. But it's important to remember the 128TB capacity is a theoretical limit. Even 1TB cards are rare, and 512GB cards cost hundreds of dollars. So, be prepared to take out a few mortgages if you want that 128TB card, which is probably years away from hitting the market, if ever. Besides, finding a laptop with an SD Express-compatible slot will be hard enough by that time.

In this article: gadgetry, gadgets, gear, sd, sdassociation, sdcard, sdexpress, sduc, sdultracapacity, storage
All products recommended by Engadget are selected by our editorial team, independent of our parent company. Some of our stories include affiliate links. If you buy something through one of these links, we may earn an affiliate commission.