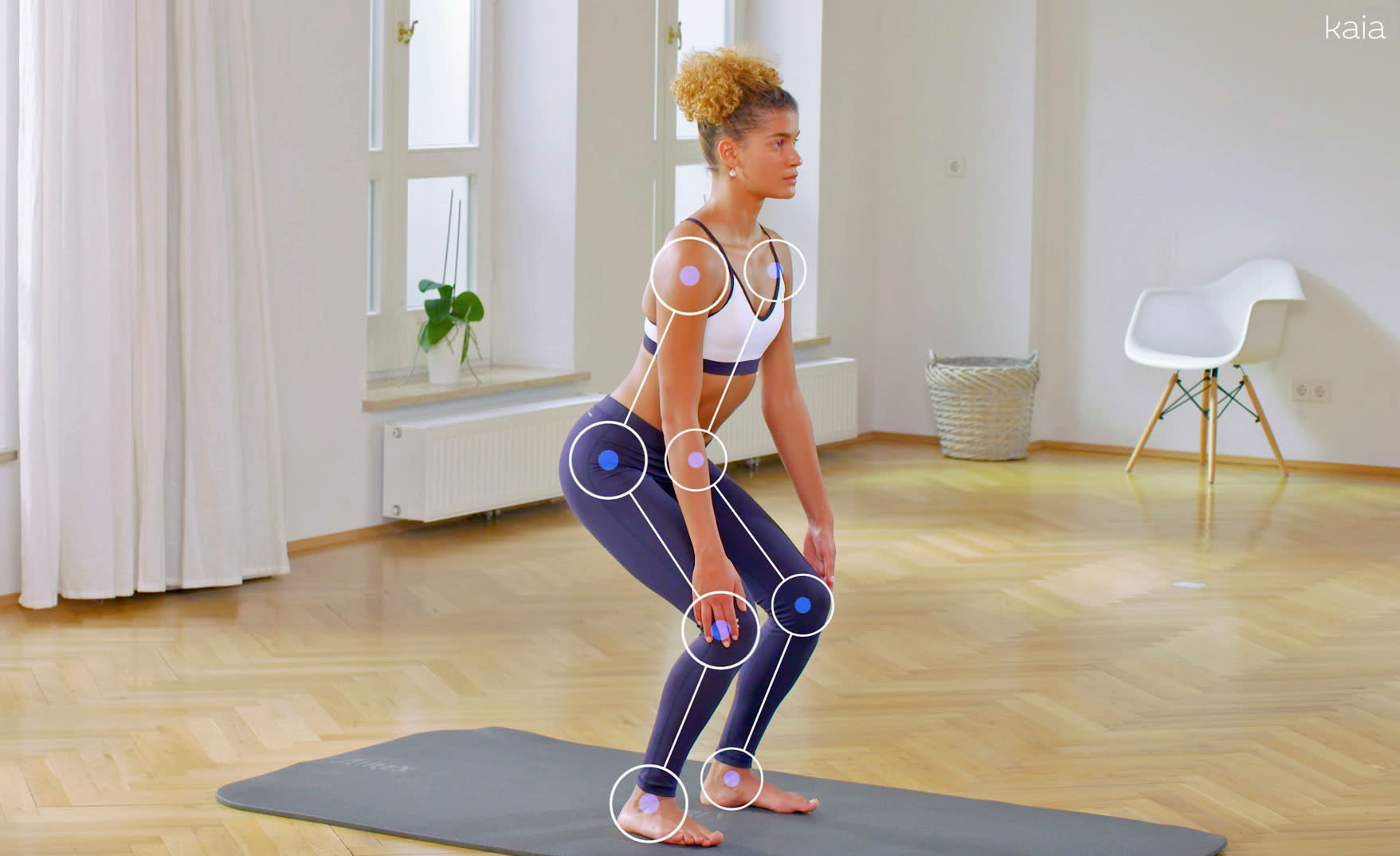 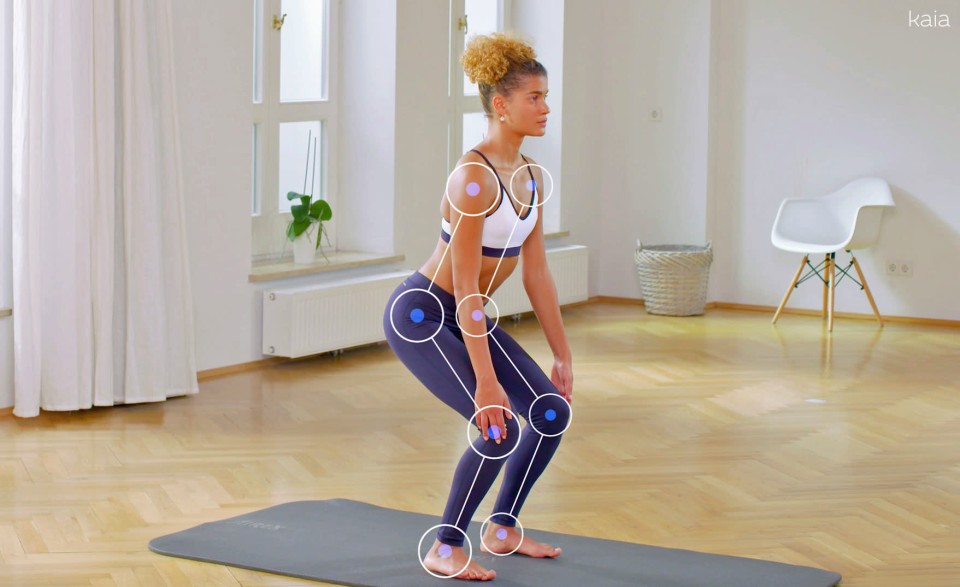 The Squat. Capital 's'. With or without weight, it's widely regarded as the best exercise you can do. But one that's easy to get a little bit wrong and ruin all those benefits. So here's Kaia Health's Perfect Squat Challenge app, developed with input from both physiotherapists and sport scientists to help you nail the form. Notably, there's no wearable, no special hardware. It's just your iPhone camera and roughly seven feet of space.

In the company's press release, Maximilian Strobel, Head of Kaia Health's AI Lab said: "Breakthroughs in AI-powered motion tracking and correction technology mean that everyone now has access to a virtual personal trainer and physiotherapist on their iPhone -- and can perfect exercises such as the squat."

"Perfect" is a brave word choice -- debate over ideal squat form often reaches yanny-or-laurel levels -- but the app is, still, rather remarkable. Using the front-facing camera on an iPhone, it tracks 16 connective points on the body, comparing the user's efforts against its 'ideal' predefined pose.

So where's the AI coaching? That perennial tech buzzword is here in the form of algorithms that gauge the relative positions of limbs and joints and the angles between them. That's why it knew I was looking down at my toes when I should be looking straight ahead.

It told me how I was screwing it up through relatively inoffensive audio feedback, and I could see it for myself with a wireframe model displayed in the top right corner of the iPhone. It's impressive how well this little stick man tracked my movement through a single camera as I nailed a bunch of very gentle squats. Kaia Health's notion of the perfect squat is a very mild, shallow, entry-level squat.

Anything that involves your phone and a camera can often be challenging to set up, but (with the right floor space), you'll have no problems ensuring it tracks you. The wireframe model shows your limbs being tracked, and the app will tell you when it can't see your feet or if you need to move closer into frame. You can also prop it up either on a table or shelf at waist height, or on the floor.

But is it a good guide? I may have once done pull-ups for the sake of this digital publication, but I'm neither swole nor a fitness expert. I took the app to my gym, and asked F45 TCR's Head Trainers Dottie Fildes and Tom Penn for their opinions on a training app that is quite obviously not going to take their jobs. "What do you need to wear?" asked Fildes, gesturing at her wrists. No wearable needed.

I loaded the app, and as Penn watched the preview, he immediately said: "That's not a squat." It's certainly not quite the same form as I've been doing the last years, with hands resting on my thighs, sliding down to my knees.

The trainer tried to follow along with the cues as best as he could -- his first few squats were apparently too deep. (It's more the issue that the AI-guided movement was so gentle.) "It should give more information at the start," Penn said. "It should coach you through the points and mistakes you should be looking out for." The AI coach only offers a single point of correction per squat.

Both trainers intentionally messed up their form to see if their AI replacement would spot the issue. Did it? Eh, sometimes. It may have picked up my desk-worker neck, and over-extended knees, but despite the simplified squat motion, the app couldn't pick up every error.

Fildes said: "It doesn't pick up my rounded back", one of the major mistakes people can make while squatting. She explained: "[The point detection] picks out the bum, knees, ankles and neck, but it's oversimplified the movement of my back."

The on-screen stick figure illustrates this: My back is merely two points connected by a line -- the reality is much more complicated. "The prisoner squat, with hands raised above the head, would work better." Fildes added, noting that the exercise would naturally help exercisers maintain the right back position. "It's still pretty impressive," she remarked.

Is this the "perfect squat" though? The trainers agreed that this wasn't really the case, and the app carefully words the motion it's training as "a squat that a wide population can achieve". I'm not sure that qualifies as the perfect (or even ideal) squat, but it does mean the app is going to be useful for plenty of would-be squatters that don't own a gym subscription. There's a lot of potential here if the company can figure out how to attune the app to more exercises. The body tracking technology is sound, but sadly, this isn't going to help me reach the perfect squat.

In this article: ai, exercise, fitness, gadgetry, gadgets, gear, gym, ios, iphone, medicine, personaltrainer, squats, theperfectsquatchallenge, TL18XRSZ, workout
All products recommended by Engadget are selected by our editorial team, independent of our parent company. Some of our stories include affiliate links. If you buy something through one of these links, we may earn an affiliate commission.