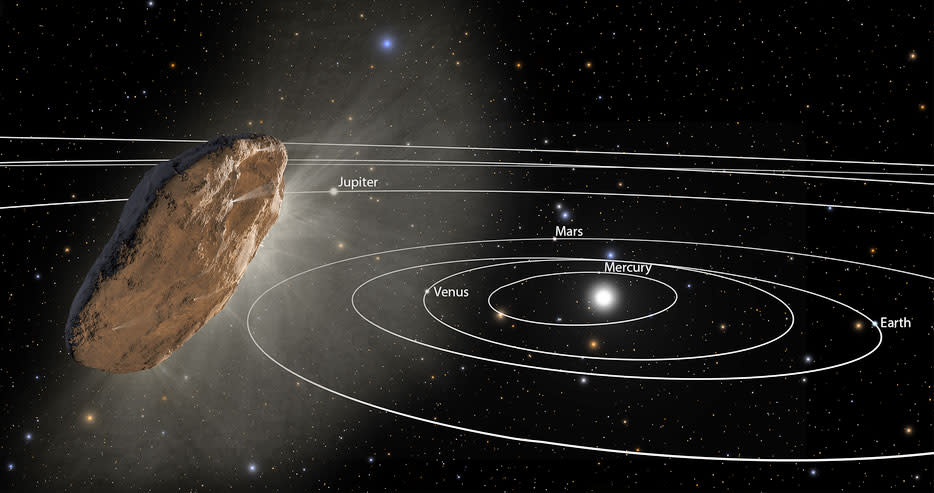 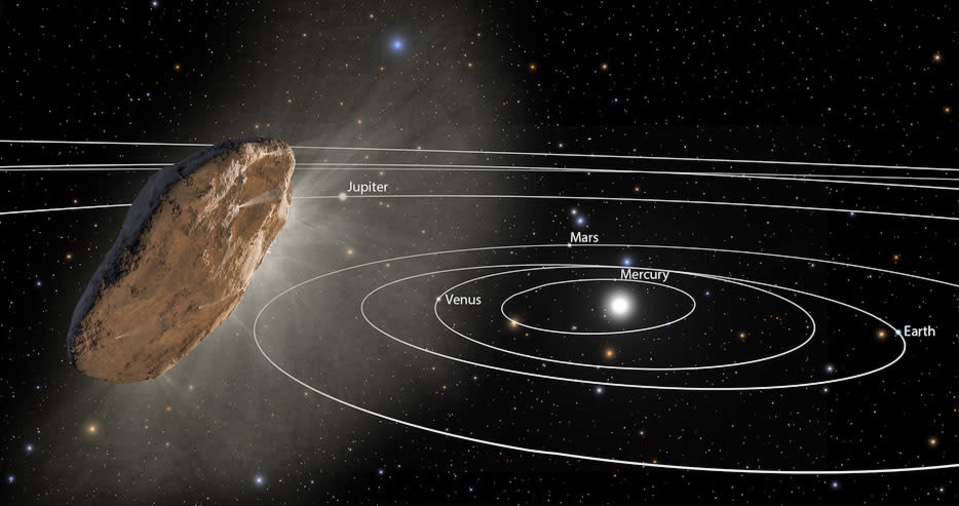 Last October, researchers spotted a long, skinny object speeding through our solar system, and they initially pegged it as a comet from another solar system. But as they continued to observe the object, dubbed 'Oumuamua, its properties -- namely a lack of gas and dust surrounding it -- pushed it into the asteroid category, instead. Asteroids are mostly rock, while comets contain ice that becomes visible as it's vaporized into gas and pulls dust off of the comet's surface. However, researchers have kept their telescopes pointed at 'Oumuamua and additional observations have now earned the object a comet label once again.

'Oumuamua entered our solar system from above and swooped past us on October 14th. As it has moved away from Earth, scientists using ground-based observatories and the Hubble Space Telescope have kept track of its trajectory and they found that it wasn't keeping with the path they had expected. It was slightly off and wasn't slowing down as fast as it should have if it were really a rocky asteroid whose speed was affected primarily by the gravitational forces exerted on it by other objects -- such as planets and moons.

The researchers looked at quite a few possibilities as to why this might be the case, but only one provided the best explanation. 'Oumuamua is most likely a comet, not an asteroid, and the ice contained in it -- which when vaporized by the sun, shoots out like a jet -- is propelling it forward. "It is still a tiny and weird object, but our results certainly lean towards it being a comet and not an asteroid after all," Olivier Hainaut, a researcher with the European Southern Observatory who has been following 'Oumuamua, said in a statement.

Researchers didn't observe these gaseous jets, which is why it was previously classified as an asteroid, and in a Nature paper describing these findings, they said this could be due to the history of 'Oumuamua. The comet has spent millions of years traveling through interstellar space, and the radiation it has been subjected to during that time very well could have eroded away the small dust particles that usually fly off of comets when ice vaporizes into gas.

The comet is now too far away to be observed, but it has shown us that different solar systems can produce comets that aren't quite like our own. Karen Meech, a researcher at the University of Hawaii, told the New York Times that these sorts of objects can also give us a peek into the chemical processes of other solar systems. "The more we study ′Oumuamua, the more exciting it gets," Meech said in a statement. "I'm amazed at how much we have learned from a short, intense observing campaign. I can hardly wait for the next interstellar object!"

In this article: asteroid, comet, esa, gear, HubbleSpaceTelescope, nasa, Oumuamua, research, space, video
All products recommended by Engadget are selected by our editorial team, independent of our parent company. Some of our stories include affiliate links. If you buy something through one of these links, we may earn an affiliate commission.