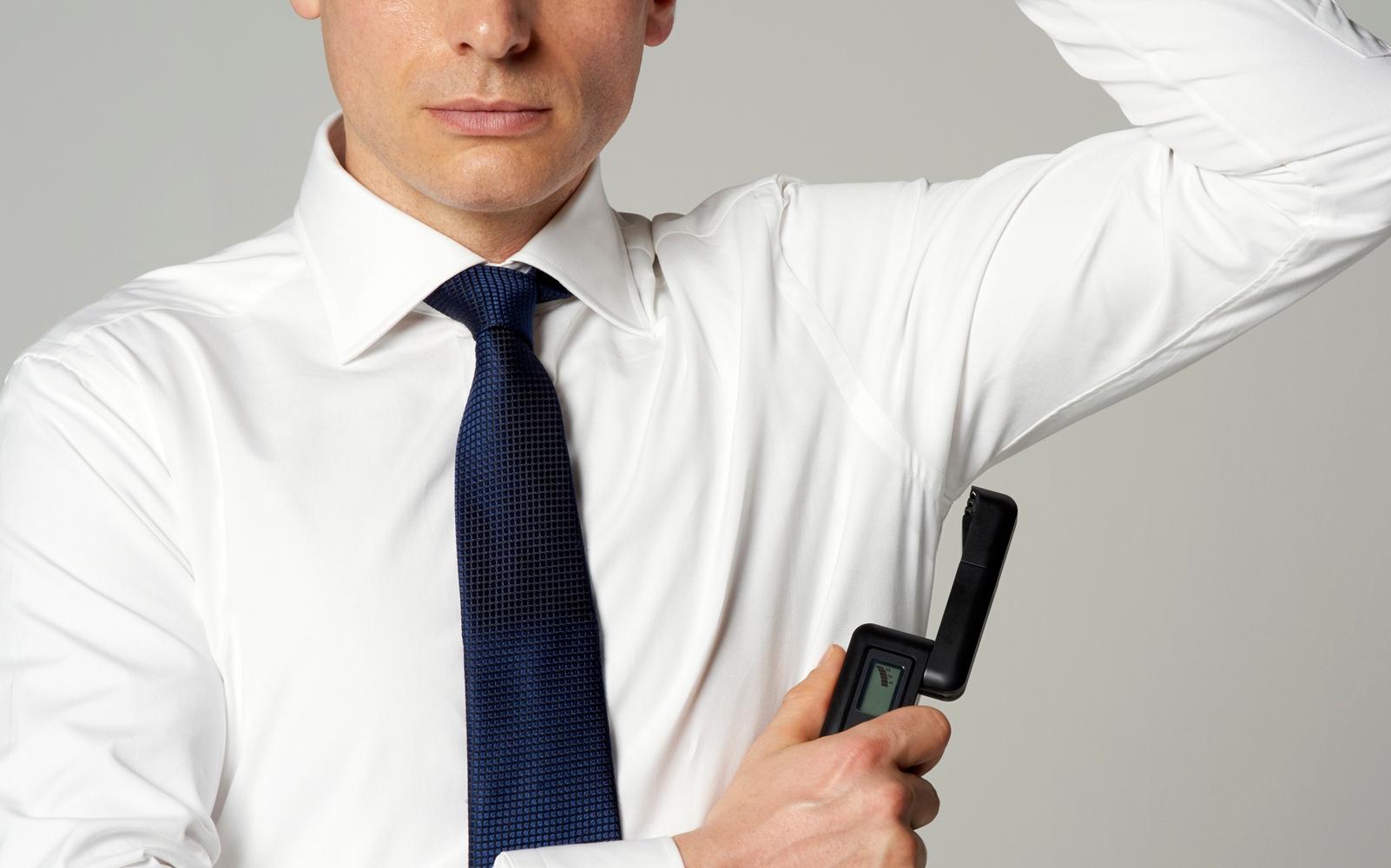 There's so much bad technology in the world that Japan even has a beautiful word for pointless gadgets: "chindogu." There's another splendid Japanese term, one that companies are apparently holding training sessions on how to combat: "sumeru harasumento," or in English, "smell harassment." To help keep offensively stinky people in check, Tanita is releasing a gizmo that figures out how bad your body odor is.

All you have to do with the Tanita ES-100 is turn it on, flip out the sensor and point it to a part of your body you're concerned is exuding too much musk. It measures particulate matter and after 10 seconds, will display how intense your odor is on a 0-10 scale (0, you don't smell; 10, you don't have friends). Level 5 and above means it's time for "smell care," though it might be more effective if it just told you to take a dang shower.

The stench scale goes both ways: if you've applied too much deodorant or cologne, the pocket-sized ES-100 will let you know if you should tone down the aftershave a little. The replaceable sensor is good for 2,000 uses, or about a year. Tanita reckons salarymen in their 40s and 50s will be most interested in the ES-100, as that's when the company expects men mostly start worrying about how much they stink. Seemingly, anyone who is not a middle-aged man doesn't give a hoot whose nostrils they're offending.

The ES-100 goes on sale in Japan Sunday, and Tanita is selling it for 13,824 yen ($125). That seems a touch pricey, though it's less expensive than a similar Bluetooth device that hit the market last year. Still, it'll be totally worth it if packed Tokyo trains smell a whole lot nicer in the middle of summer.

In this article: chindogu, gadgetry, gadgets, gear, japan, scent, smell, tanita
All products recommended by Engadget are selected by our editorial team, independent of our parent company. Some of our stories include affiliate links. If you buy something through one of these links, we may earn an affiliate commission.