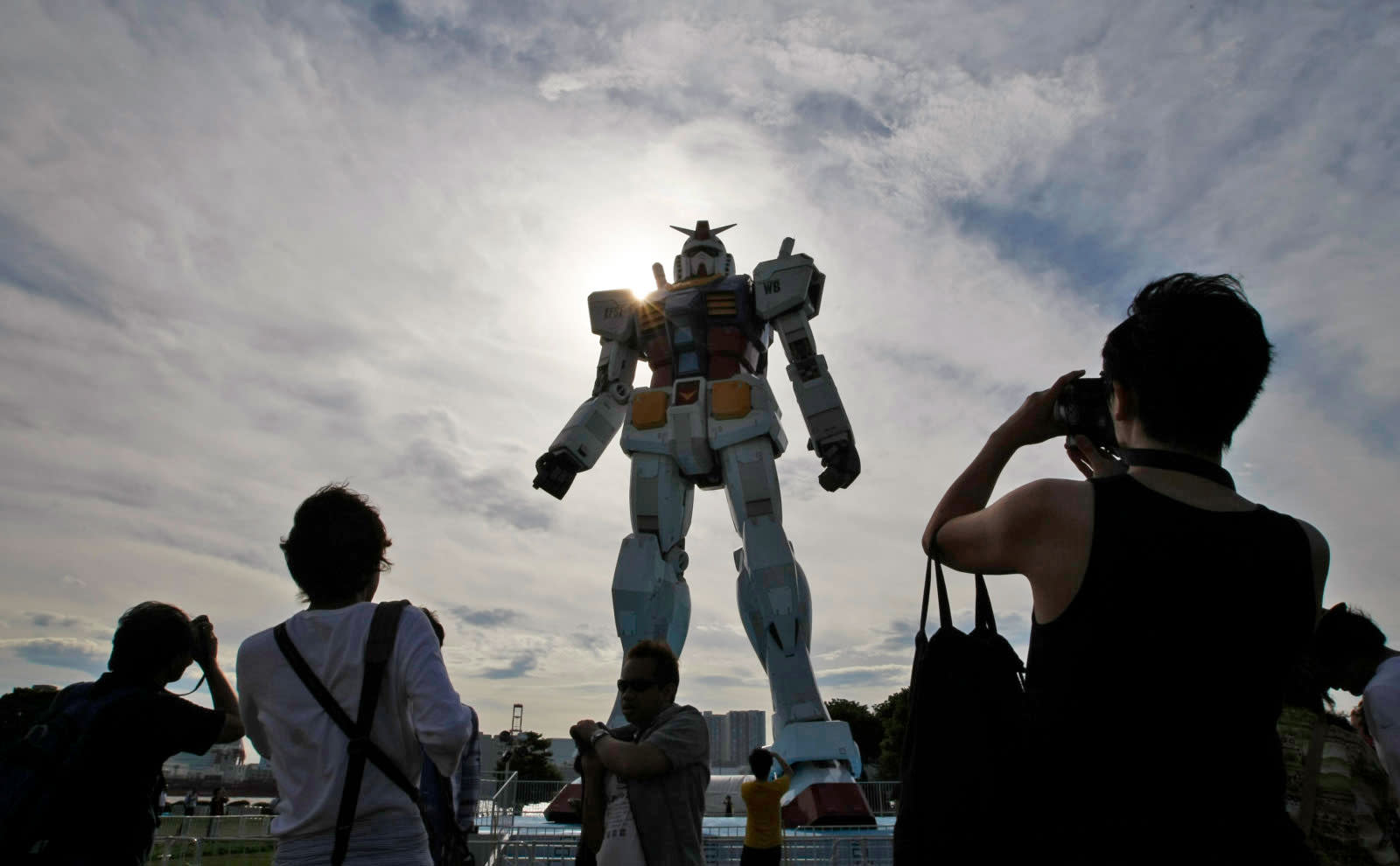 Gundam is heading to the big screen -- and, yes, we're talking about a live action adaptation, not a movie-length anime movie you can see in theaters. Legendary Entertainment and Gundam's creator, Japanese animation studio Sunrise, have announced that they're teaming up to create a film version of the classic robot saga at the Los Angeles Anime Expo. The franchise was established in 1979 with the animated series Mobile Suit Gundam, which helped popularize the "mecha" genre. It grew over the years to encompass several anime series, manga and video games, remaining relevant and popular even to this day.

Unfortunately, the companies didn't reveal the movie's details, and it's unclear if it will remain faithful to Gundam lore. They did make a reference to the original series' "Universal Century" setting, though, describing it as "an era in which humanity's growing population has led people to emigrate to space colonies." The first Gundam anime is all about the war that erupted after those colonies sought independence from the Earth Federation. They also don't have a director or actors yet, but Legendary producer Cale Boyter will oversee the project with help from a Sunrise creative team. Boyter was also a producer for Pacific Rim: Uprising, which could be reassuring or worrying, depending on how you liked the film.

In this article: anime, art, entertainment, gundam, legendary, liveaction, movie
All products recommended by Engadget are selected by our editorial team, independent of our parent company. Some of our stories include affiliate links. If you buy something through one of these links, we may earn an affiliate commission.