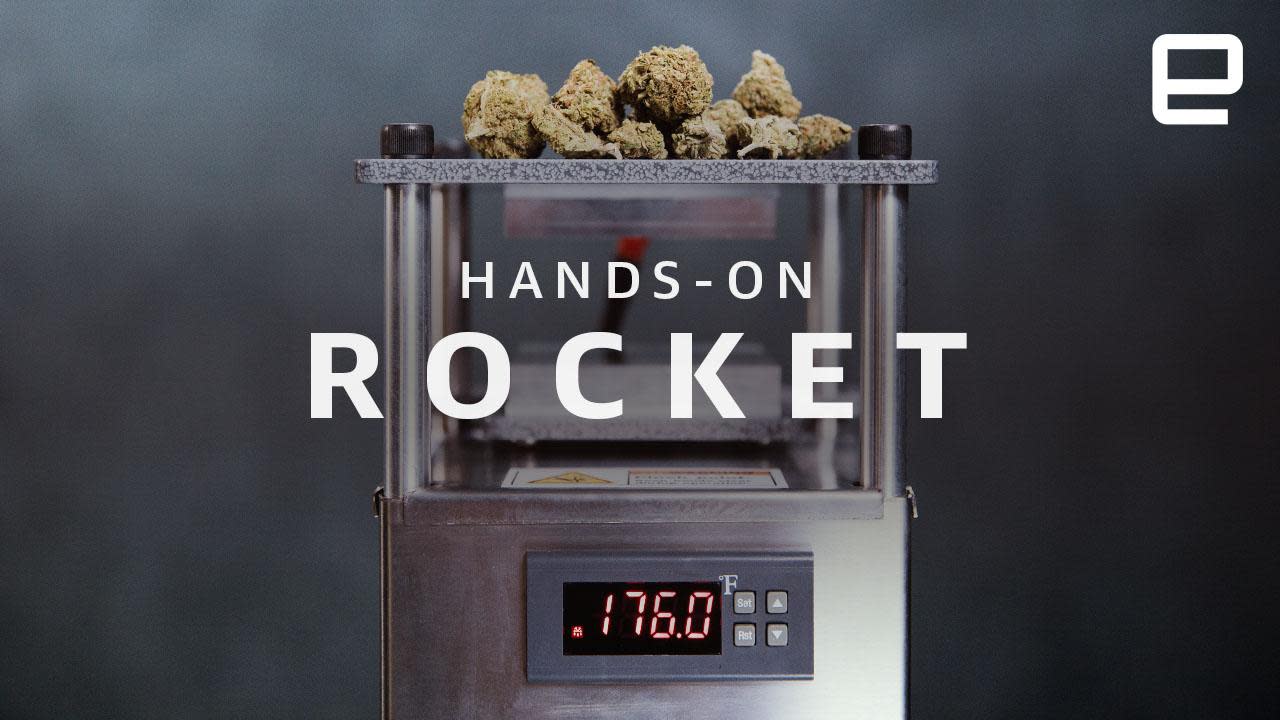 While medical cannabis is already available in more than half of American states and recreational cannabis nears the cusp of national legalization, cannabis culture still strongly values self-sufficiency. Even though this generation of stoners likely won't have to worry about MacGuyvering their bongs together from household implements or growing their own herb instead of buying it from the corner dispensary, there are still plenty of DIY projects that they can take on.

Dabbing concentrates is often seen as being an efficient and cost-effective means of consuming cannabis. With just a teensy dollop of hash on the head of a nail, tokers can get stonier than a rock garden. But when you're paying anywhere from $60 to $100 a gram for concentrate, those savings don't always add up. What's more, the process of extracting concentrate from the flower itself can involve a number of chemicals that you probably don't want in your body. Of course, you could always make your own. And that's where the Rosinbomb Rocket comes in.

The Rocket is a $600, 13-pound tabletop rosin extractor designed to squeeze and melt the THC crystals present on the surface of the flower into a solventless dabbable hash similar to shatter. Think of it as a panini press for weed.

It's super-easy to use. Just plug in the Rocket, turn it on and wait a couple minutes for it to heat up to around 200 degrees F. While that's happening, you prepare the flower by setting it between two pieces of heavy-duty parchment paper. The press can handle loads from half a gram to half an ounce. Obviously, the more weed you put in (and the stickier that weed is), the more rosin you'll be able to extract. I found that using full flowers rather than grinding the plant material beforehand gave the best results.

Once the press reaches the desired temperature, you slide the parchment-shrouded weed between the heated plates and press them together. These plates, driven by a near-silent electric motor, exert more than 1,500 pounds of force, squashing the flowers into a paper-thin puck and causing the liquified rosin to flow out. After around two minutes of pressure and heat, you separate the press plates and remove the flattened sheets. Give them a few minutes to cool down and you've got yourself some high-test concentrate perfect for dabbing, vaping or just crumbling over a bowl of looseleaf -- all without the residual hydrocarbons found in most commercial concentrates.

While the Rocket is much quieter than presses that rely on hydraulics for pressure rather than an electric motor, it is purpose-built for home use. You're not going to be able to start your own hash-production business just because you pick one of these up. For that, you'll need the industrial-strength $1,800 Rosinbomb M50.

The other stumbling point for the Rocket is its price. This machine is roughly the price of a midrange dab rig. What's more, you can achieve the same general results, though not nearly as easily or efficiently, with a standard laundry iron and some wax paper.

On the other hand, the Rocket does offer some cost savings. The company's website figures "if you assume $150 per ounce or per 28 grams for flowers, the yield you should anticipate with Rosinbomb is approximately 20 percent or around 5.6 grams of rosin. Given this estimate, the per gram cost of rosin produced with Rosinbomb would be approximately $27 per gram ($150/5.6 grams)."

During testing, I managed to squeeze a surprisingly large amount of oil out of an eighth of weed. Specifically, I used an eighth of 33.7% Chem Dawg from Bloom Farms split into two equally-sized batches, you can see the pressing results in the video above. The resulting puck of plant matter can also be recycled for use in edibles or budder. There is very little waste involved in this process and virtually zero chance that you'll blow up your garage if something goes wrong. That's more than I can say about hydrocarbon butane extractions.

In this article: cannabis, gadgetry, gadgets, gear, hands-on, press, rosin, rosinbomb, weed
All products recommended by Engadget are selected by our editorial team, independent of our parent company. Some of our stories include affiliate links. If you buy something through one of these links, we may earn an affiliate commission.