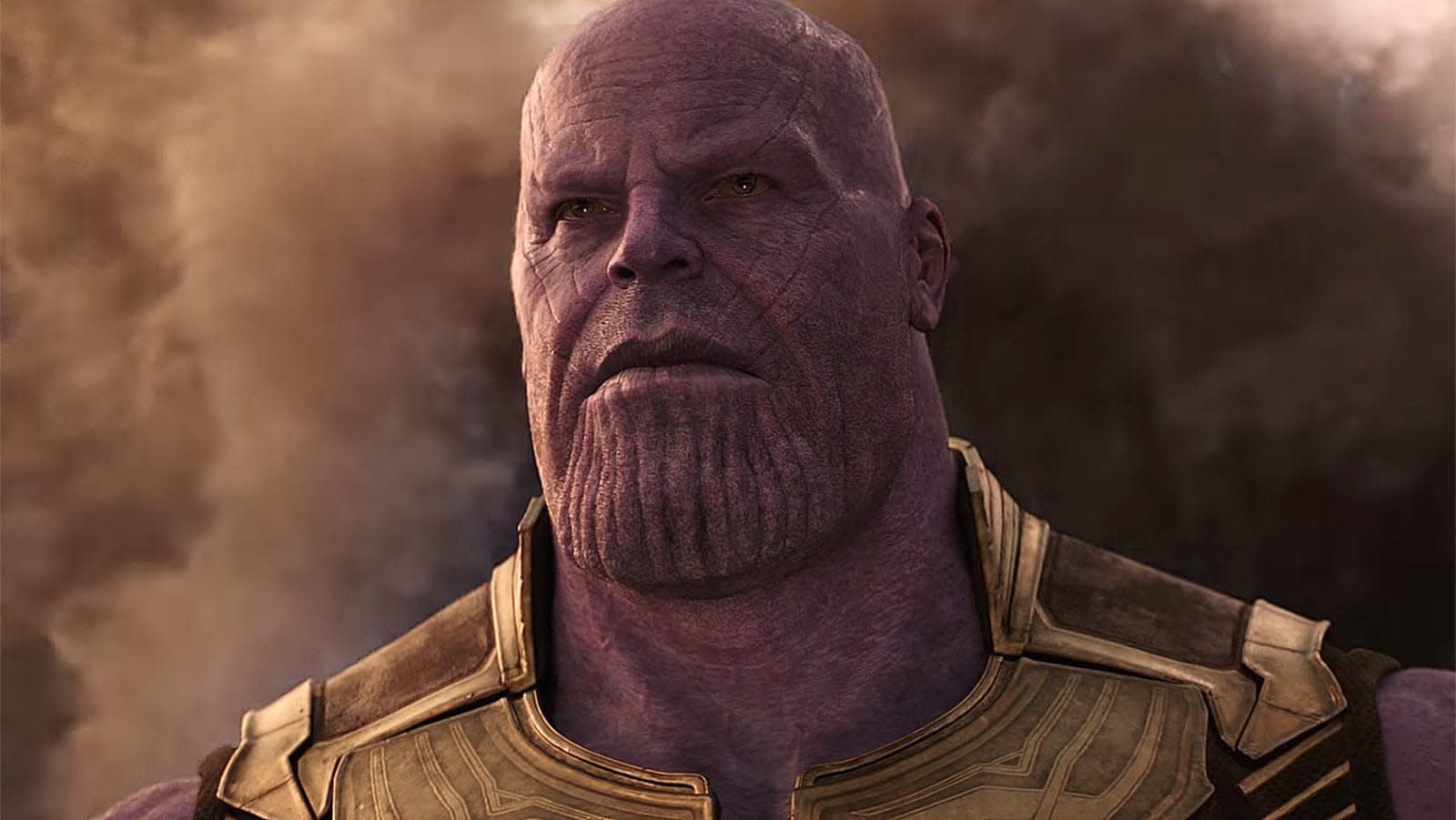 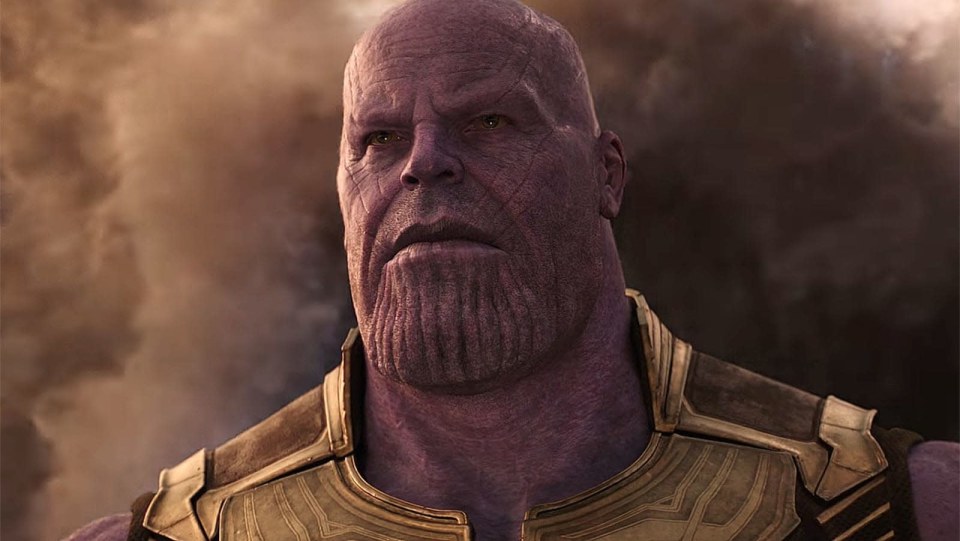 Online communities are a beautiful thing. Not only are they places for you to squee about beloved characters and plot twists on your favorite shows, but they're also powerful forces that can change storylines and resurrect beloved franchises. But one online community has no desire to get anything done. The Thanos subreddit just wants to pretend it's part of the Marvel Cinematic Universe, however (faux) suicidal that might be.

If you haven't seen Avengers: Infinity War (what are you even doing?), be warned, there are spoilers ahead. In the movie, Thanos collects all six infinity stones, which let him yield almost unlimited power. With a snap of his fingers he kills off half the universe, believing that with fewer beings fighting over limited resources the world would be a better place. That's how the film ended, leaving fans overwhelmed with grief for their favorite Marvel heroes.

On the Thanos Did Nothing Wrong subreddit, however, people celebrated the obliteration. In honor of the fictional events, about half of the roughly 352,000 Thanos sympathizers in the group will be randomly selected and banned July 9th. When the ban was confirmed and reported earlier this week, though, that count was just 120,000. Since the news spread, thousands have joined, in the hopes they may get cut by Thanos (subreddit mods). User u/PhilosopherRat told Engadget they are "shamelessly here for the ban and a front row seat to the July 9th show." Some users are planning to avoid it, of course, but for the most part, devotees are looking forward to digital death.

Fan movements are in no way new. From online petitions to contest cancellations to getting a preferred story ending, online communities have proved that they yield great power when they work together towards a common goal. They're not always successful, but plenty of creators acknowledge the force of a vocal fanbase and even give back to that community when they can. It's a reciprocal relationship that feeds both fan and franchise.

But this subreddit ban isn't trying to send a message to The Avengers' creators -- it's just a massive role-playing fantasy for people who sympathize with Thanos, and at least a few who just want to be part of something ridiculous. So many users were onboard with the idea that moderator The-Jedi-Apprentice (who by the way plays Thanos within the group) ultimately persuaded Reddit's admins to allow the banning of half the sub. The-Jedi-Apprentice told Engadget he wasn't the first to come up with the idea, but believes he was the first to take this seriously and make it possible. The admins are even going so far as to design a bot that will allow him "to do the job in a quick and easy manner."

When the ban hammer strikes and the dust settles, nothing real will have been achieved (except maybe a Guinness World Record?). People who were cut will find another group to join, or create new accounts to re-subscribe. As user u/ed____________ told Engadget, "It'll be one of those Reddit stunts that everyone will remember for a while (or a few hours)."

If you ask The-Jedi-Apprentice, though, there was a purpose to the ban. "The purpose is to balance out the sub, and of course, to have fun doing it," he said. Since he plays Thanos in the sub, The-Jedi-Apprentice is exempt from the ban, but other moderators are not.

The only other time in recent years that an online community has done something so wondrously pointless was by contributing to Reddit Place. Over three days last April, about a million users made a gloriously garish 16 million-pixel artwork by claiming a tile at a time. Although that was an April Fool's event, it at least led to a hilarious picture that participants could point to as something they helped create, noting the exact spot where they left their marks. Onlookers could observe the many Easter eggs embedded in the massive graphic. People even made socks, placemats and pillowcases featuring it.

The Thanos subreddit ban, however, will leave no such mark, save perhaps for a list of fallen members. All that will be left are the survivors who will have to deal with an emptier forum with fewer people to chat with, and feelings of grief for their departed online friends. But don't be too sad; they want to "die." In an often-depressing world that only gets more depressing when you venture on to Twitter, YouTube comments or the dark recesses of Reddit, acting out this sort of superhero-adjacent fantasy may just be the escape people need.

In this article: art, av, avengers, AvengersInfinityWar, entertainment, gear, internet, marvel, reddit, Subreddit, thanos
All products recommended by Engadget are selected by our editorial team, independent of our parent company. Some of our stories include affiliate links. If you buy something through one of these links, we may earn an affiliate commission.