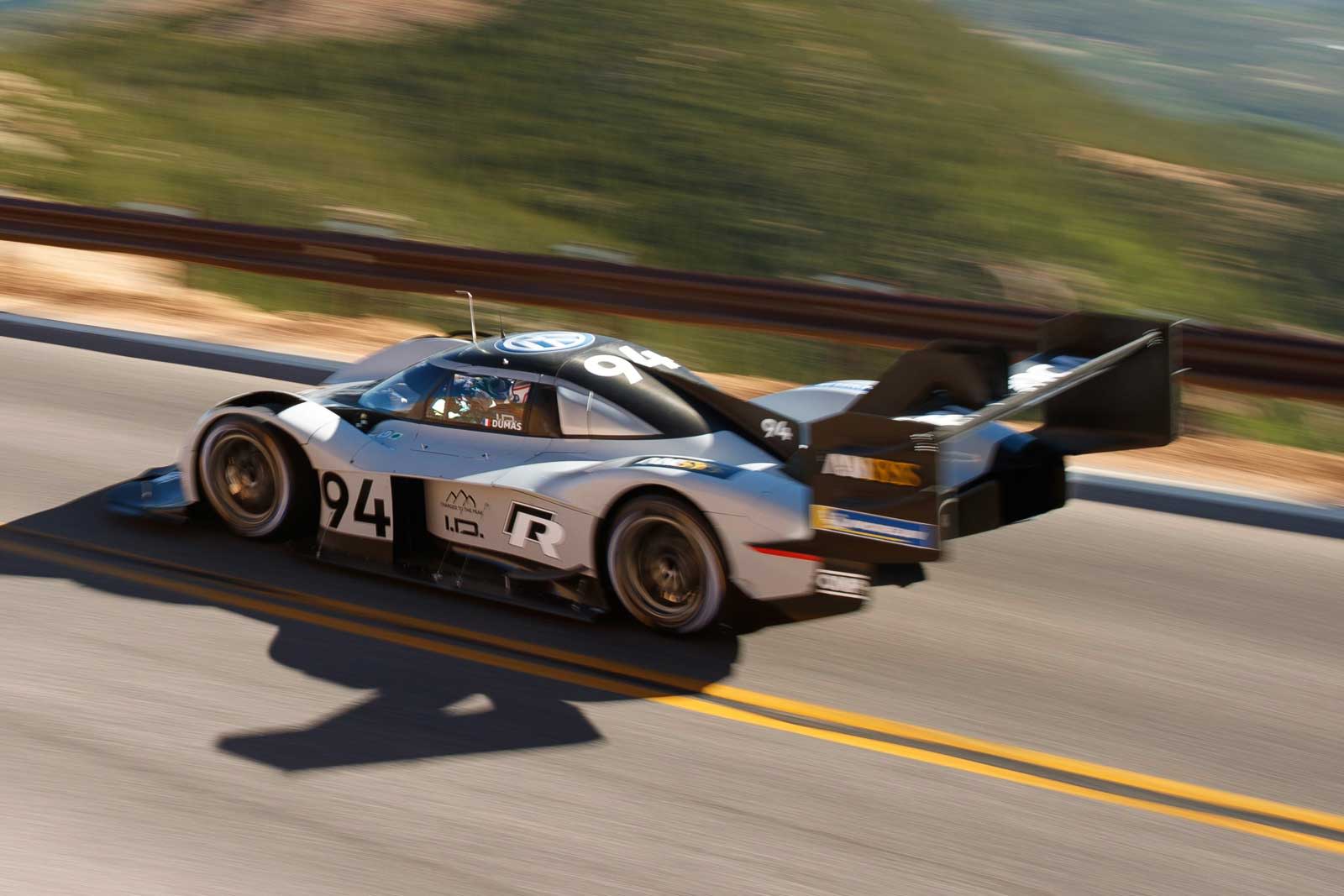 When VW smashed Pikes Peak's all-time record with an electric car, there was one lingering question for those who couldn't see it live: where's the footage? You've got it now. VW has posted uninterrupted aerial footage of its I.D. R Pikes Peak racer's 7-minute 57-second hill climb, and the pace is as relentless as you'd expect -- the helicopter can barely keep tabs on the EV as it makes short work of undulating turns. Moreover, it's a good primer on why electric cars are well-suited to Pikes Peak.

If there's a running theme in the video, it's that the I.D. R Pikes Peak can recover speed very quickly when exiting a turn, to the point where it's practically catapulting into the straightaways. You can credit that to the inherent nature of electric motors, which deliver maximum torque (in this case, 479 pound-feet of it) at all times. And in a hill climb like this, where the straights are short and the inclines are steep, that matters far more than top speed -- the car's 90.5MPH average speed was more than enough. Although VW's vehicle might have struggled against the fastest gas-powered cars on an oval track, it was in its element here.

In this article: electriccar, electricvehicle, ev, gear, idrpikespeak, motorsport, pikespeak, racing, transportation, video, volkswagen, vw
All products recommended by Engadget are selected by our editorial team, independent of our parent company. Some of our stories include affiliate links. If you buy something through one of these links, we may earn an affiliate commission.