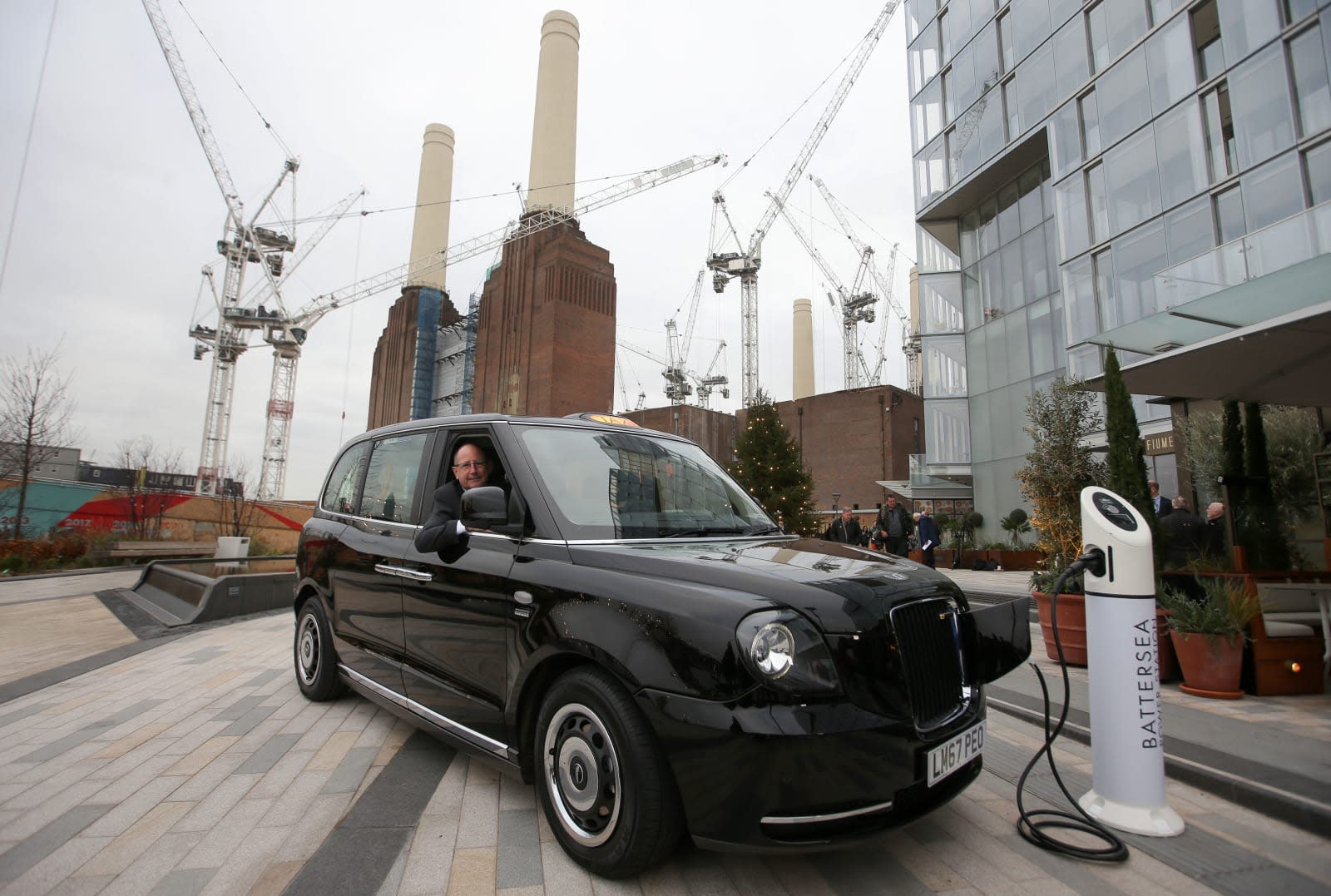 The UK has big plans to eliminate sales of new gasoline- and diesel-powered cars by 2040. Electric vehicles (EVs) are the key to making that work, but the required chargers are few and far between. Today, the government is unveiling a proposal requiring new homes, street light posts and businesses to have charging points. It will reportedly boost that with a £400 million ($530 million) fund for companies that produce and install EV chargers.

By 2050, the UK wants to reduce emissions by 80 percent compared to 1990 levels. A big part of that is eliminating gas-powered cars, but given that EVs currently can't travel nearly as far, the nation will need to have a robust charging infrastructure in place well ahead of that. The aim is to have "one of the most comprehensive support packages for zero-emission vehicles in the world," said Transport Secretary Chris Grayling.

According to the proposal, the government will assess whether new homes and offices need charging points, install new street lighting columns with charging points in appropriate locations, and allocate more money to install charging infrastructure. The "Automated and Electric Vehicles Bill" will also ensure that charging points are installed at freeway service stations and large gas retailers.

At the moment, EVs can only go about 250 miles, maximum, less than half the distance of gas- or diesel-powered cars. On top of that, it can take hours to charge an EV, compared to just minutes to gas up a regular automobile. However, the capacity of lithium-ion batteries used in electric cars has steadily increased over the last five years, and charging times and capacities could easily match gas-powered cars by the time the 2040 deadline hits, according to a recent report.

Either way, the UK wants to be ready. "The prize is not just a cleaner and healthier environment but a UK economy fit for the future and the chance to win a substantial slice of a market estimated to be worth up to £7.6 trillion by 2050," said Grayling.

In this article: Chargers, ChargingPoints, ElectricVehicle, EV, gear, Homes, Infrastructure, StreetLights, transportation
All products recommended by Engadget are selected by our editorial team, independent of our parent company. Some of our stories include affiliate links. If you buy something through one of these links, we may earn an affiliate commission.