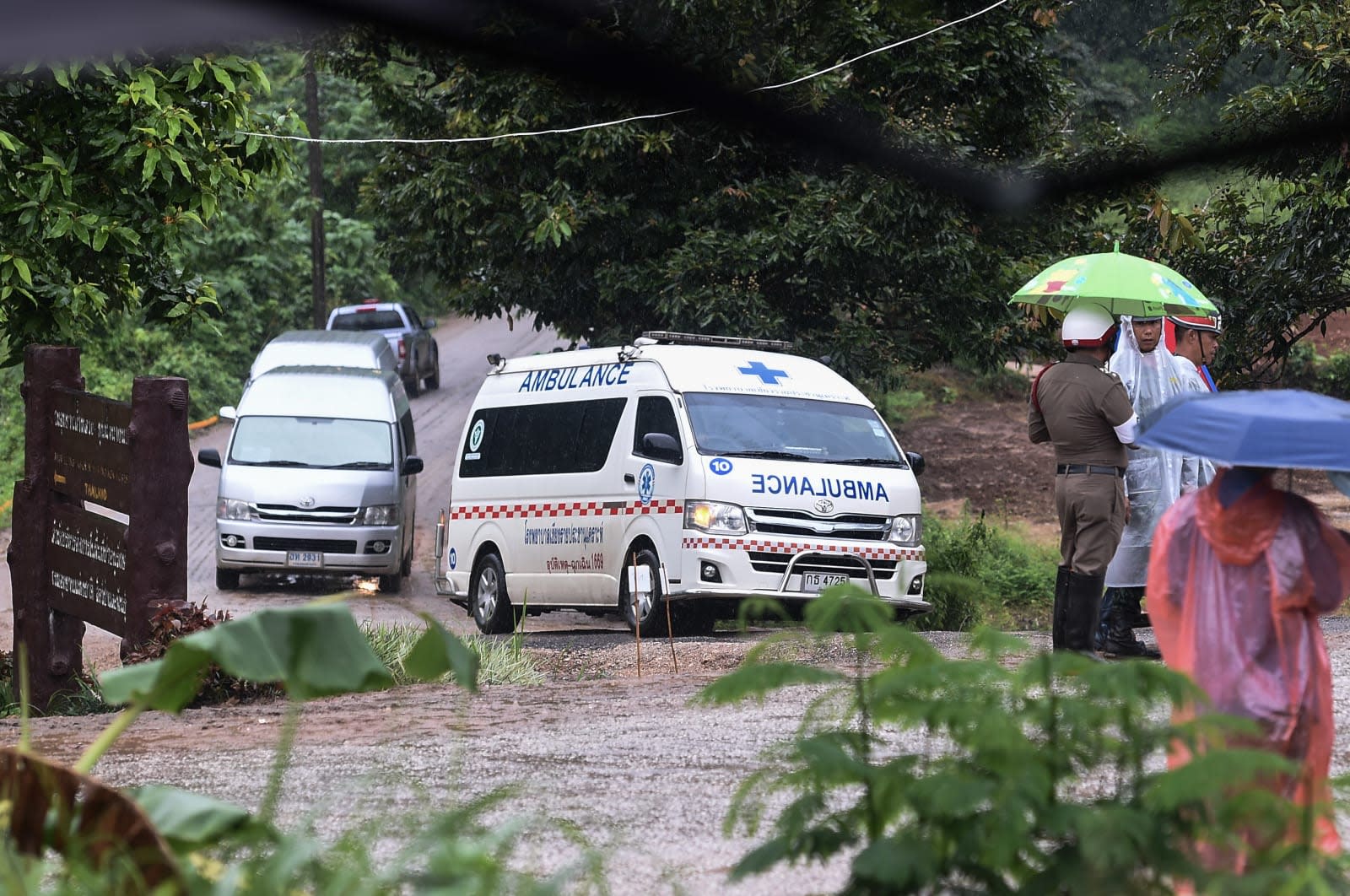 The Thai cave rescue is over, with all 12 boys and their coach safely above ground. Elon Musk's miniature submarine clearly arrived too late. However, it's now clear that it wouldn't have seen use regardless. In the last few hours of the operation, joint command center lead Narongsak Ostanakorn told Musk that his tech was "good and sophisticated," but that it was "not practical" for the rescue. While officials haven't provided detailed reasoning, a look at the logistics of the rescue might explain why.

Observers have noted that the escape path was not only far from straight, but included choke points (the narrowest was just under 15 inches high) and a rocky above-water segment. The sub (based on a Falcon 9 liquid oxygen transfer tube) would have been a tight fit, assuming it fit at all, and divers would have needed to lug it through the above-water section.

As for Musk? He left the mini-sub at the site in case it was "useful in the future" (this was before everyone had surfaced) and has since congratulated the rescuers. It's easy to imagine him feeling crestfallen, though. Whatever you think of the motivations behind the sub design, all the effort behind it didn't amount to much. The successful rescue is also a reminder that more technology isn't always the best solution -- sometimes human ability and resolve are enough.

Just returned from Cave 3. Mini-sub is ready if needed. It is made of rocket parts & named Wild Boar after kids' soccer team. Leaving here in case it may be useful in the future. Thailand is so beautiful. pic.twitter.com/EHNh8ydaTT

In this article: cave, elonmusk, flooding, gadgetry, gadgets, gear, MiniSubmarine, rescue, spacex, submarine, thailand, tl18help, transportation
All products recommended by Engadget are selected by our editorial team, independent of our parent company. Some of our stories include affiliate links. If you buy something through one of these links, we may earn an affiliate commission.