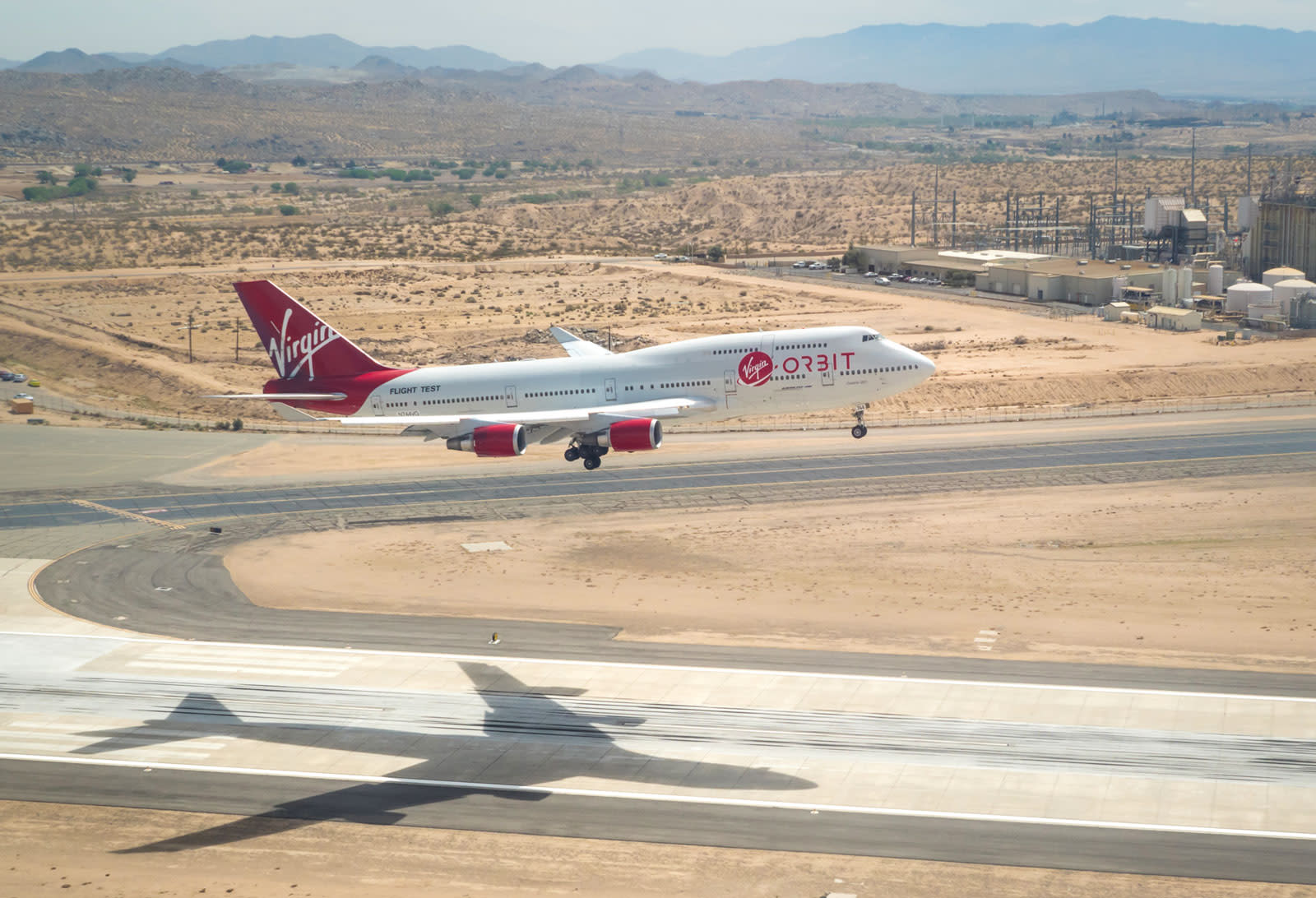 Today, Virgin Orbit announced that Cosmic Girl, its modified Boeing 747-400 launch platform for its Launcher One rocket, will take off from the UK. This will make Cornwall Airport Newquay the first site in the UK to support launches to Earth orbit. The company hopes that its first launch out of the UK will happen by 2021.

Rather than launch a rocket traditionally, Virgin Orbit sends Cosmic Girl to a plane's cruising altitude before deploying the rocket LauncherOne, which is safely stored under its left wing. From that altitude, Launcher One will make its way to orbit. This means that Virgin Orbit doesn't need to build a launch pad and support infrastructure for its delivery system; that gives it more launch flexibility than other rocket companies.

It's not the only spaceport in development in the UK, though. This week, the UK announced that its first vertical-launch (or traditional) spaceport would be located in Sutherland, Scotland. Horizontal launch sites around the UK, including Cornwall Airport Newquay, have received a £2 million boost in order to develop their potential as spaceports.

In this article: cosmicgirl, launcherone, space, tomorrow, virginorbit
All products recommended by Engadget are selected by our editorial team, independent of our parent company. Some of our stories include affiliate links. If you buy something through one of these links, we may earn an affiliate commission.