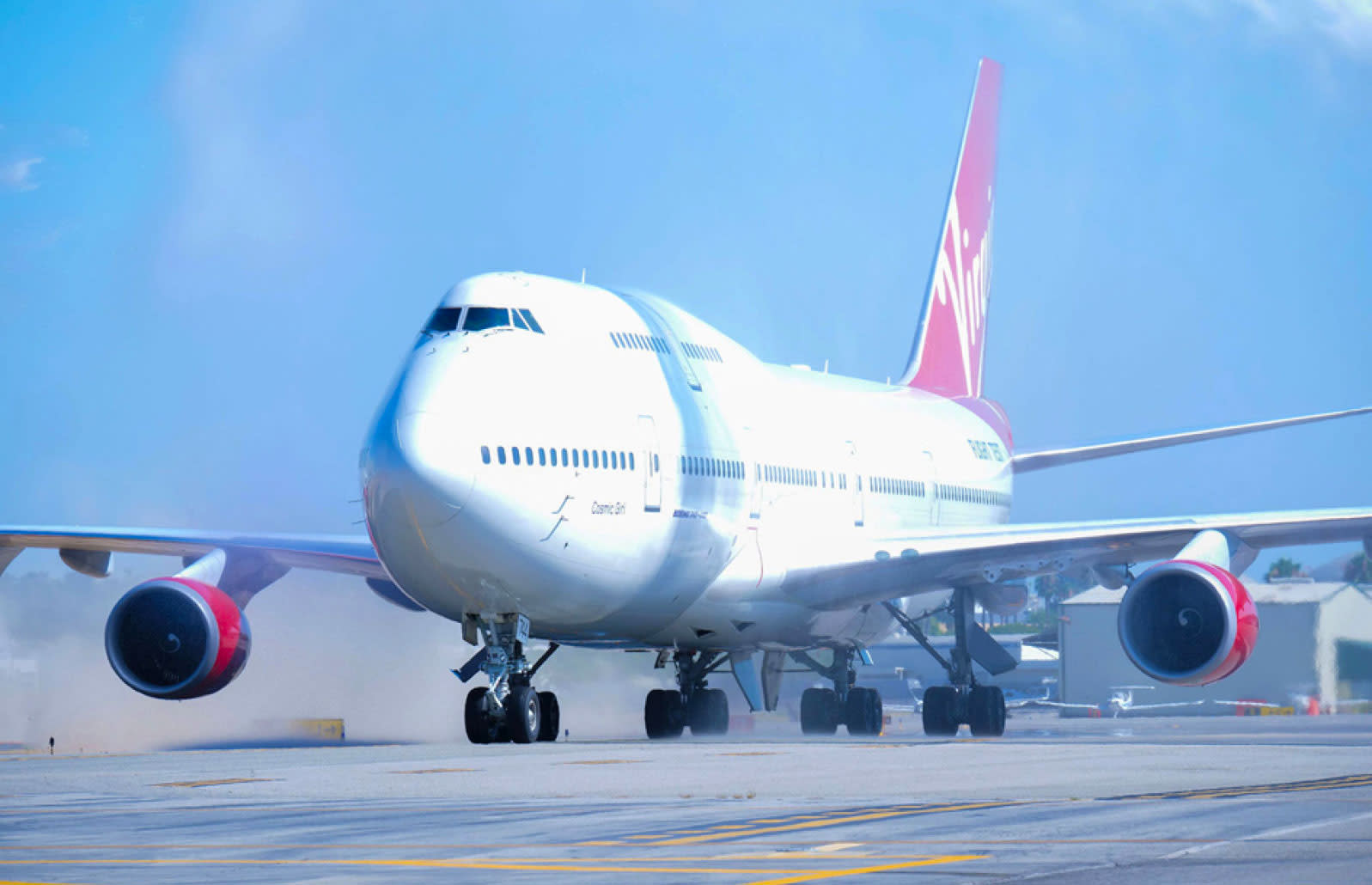 There's a lot happening at Virgin's three space companies, even though they might not be making headlines the same way that other commercial spaceflight companies are. Virgin Galactic is focused on human spaceflight, and will be resuming powered test flights later this year after a tragic crash in 2014. The Spaceship Company is just that -- it's aimed at building and testing aerospace vehicles. It's the company's third and most recent venture, Virgin Orbit, that we're focused on today. The first flight of LauncherOne, the company's rocket, will take place sometime before July of 2018.

Virgin Orbit is designed to be a small satellite launcher, but it doesn't have a traditional rocket. Instead, a 747-400 aircraft called Cosmic Girl will carry both rocket and payload to 35,000 feet. The plane will then release the LauncherOne rocket, which will begin a powered ascent into space. It can carry a 300-kg (661 lb) payload to an orbit 500-km (310 mi) above the Earth.

The company's announcement this week focused on the changes to the plane Cosmic Girl. In order to serve as the launch platform for LauncherOne, the plane had to undergo extensive modifications, which were followed by thorough inspections. That process is now complete, and Cosmic Girl is ready. Virgin Orbit's VP of Launch Tim Buzza expressed excitement that the company was one step closer "towards our vision of launching anyone, anywhere, any time."

It's a positive step for a company that has mostly been in the headlines for tragedy over the past couple of years. Virgin Orbit's launch system may seem unorthodox, but it does have advantages: It's not as subject to the whims of weather as traditional vehicles. The rocket will be shielded from the ravages of bad weather as Cosmic Girl ascends; it's only when the plane is at a high altitude that LauncherOne will be exposed. It will certainly be interesting to see what Virgin's space companies achieve in the future, but for now we're looking forward to that flight in the first half of 2018.

In this article: cosmicgirl, launcherone, space, virginorbit
All products recommended by Engadget are selected by our editorial team, independent of our parent company. Some of our stories include affiliate links. If you buy something through one of these links, we may earn an affiliate commission.