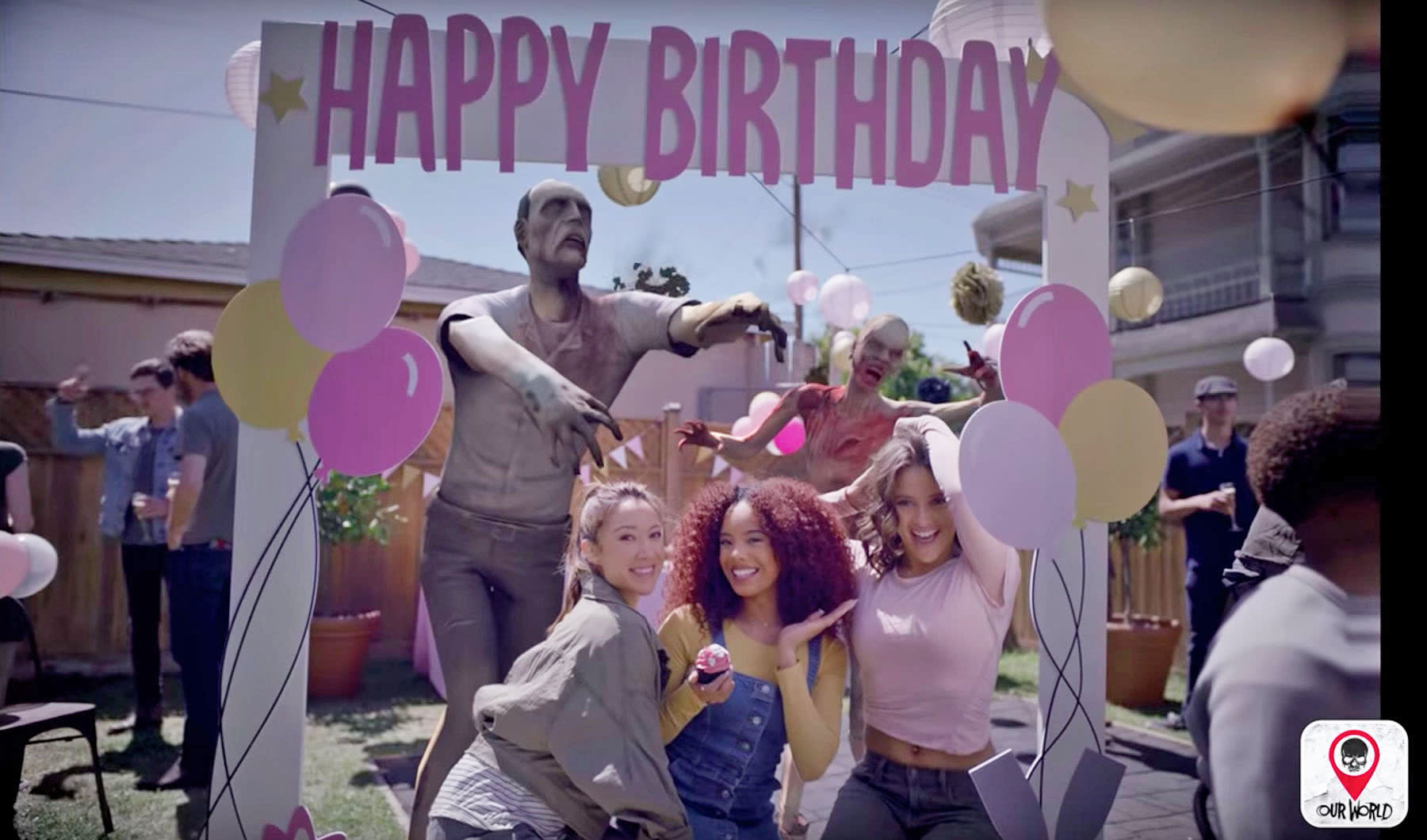 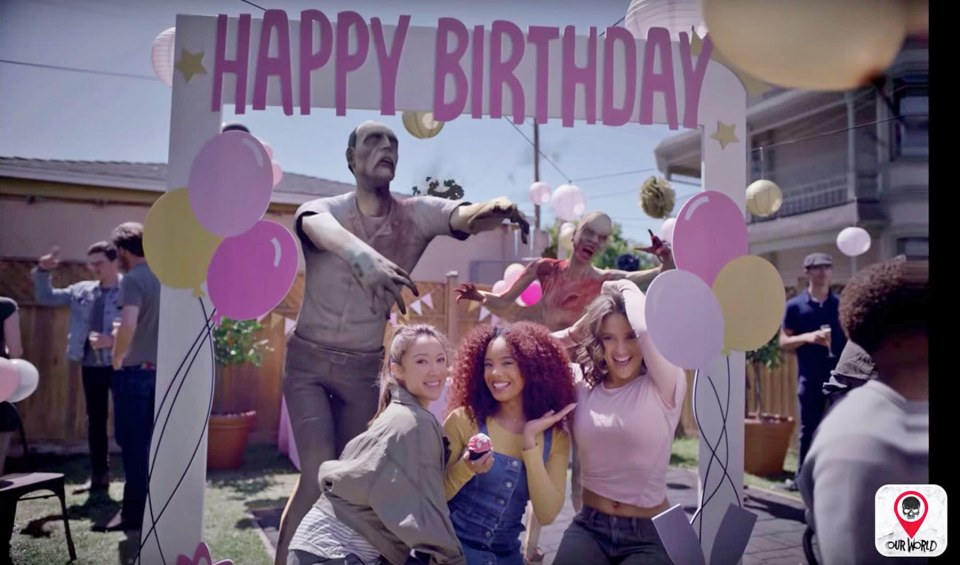 I don't like The Walking Dead, or zombie-related content, more generally, but I'm a sucker for a location-based mobile game like Pokémon Go and Silent Streets. Next Games' The Walking Dead: Our World uses Google Maps to turn your local area into a hostile, zombified environment, and I just had to give it a try. Sadly, after a couple of hours dipping in and out of the game, I'm not sure I want to spend a lot of time fighting the undead.

The Walking Dead: Our World plunges you into the same hardscrabble apocalypse that features in the AMC TV show of the same name. You can walk around looking for zombies to gun down, human civilians to rescue and infestations to clear out. There's also the opportunity to rebuild the shattered world, creating trading posts, warehouses and armories for survivors to hide in. Plus, you can team-up with heroes from the TV show who can help you take down the hordes of the undead by your side.

Success in-game is rewarded with playing cards. These form the basis for the game's upgrade system. The biggest challenges offer more cards as a reward, which include better weapons, companions, energy and money. On your first play, you'll get the odd hint telling you how to get around the world, but you're mostly left to feel out your playing style through trial and error.

Our World has a few obvious advantages over Pokémon Go, including the fact that it's not as focused on getting you moving. You can play the game fairly easily from the comfort of your home, only having to go farther when you've killed everything in the vicinity. Even better is the ability to teleport to other places in the country to help out others -- a boon for rural gamers.

At this point, Our World only seems to have three specific gameplay loops to experience. Vanilla zombie attacks see you (and, when you recruit them) a buddy, take down a group of unsuspecting walkers. Rescue attacks are similar, only there's a human survivor that you need to save in the process. Finally, there are infestations, in which you're asked to clear out a crowded car park multiple times over in exchange for a larger reward.

Three slightly different game modes is arguably more variety than Pokémon Go can offer, which only really has catching and gym battles. Then again, all of the various Our World challenges are remarkably similar and one-dimensional. The easiest way to dispatch a zombie is with a headshot, except that's pretty easy when you can just tap their faces. Suffice to say, it's not as fun as deeply involved arcade shooters like House of the Dead or Time Crisis.

It only took about half an hour before I began to tire of running through these same three loops over and over again. I also didn't find the loops satisfying enough that I'd want to spend hours on end grinding through them to up my level in the aim of doing better in the game. Plus, and I'm not the only one to have noticed, but the game deliberately thwarts your progress in the service of monetization.

Over at Forbes, Paul Tassi says the game has "fallen into a common mobile trap, thinking that it needs to monetize itself" with every second of gameplay. The issue is time-gating, where you need to wait a set period of time for a character to revive if, say, they've been mauled by a zombie. You'll need to wait to recharge your own energy after a few rounds of combat, too, unless you're prepared to pay money to buy some energy if you've used up all the freebies.

Now, developers have to make their money somehow, especially with a free-to-play title, but Fortnite has shown the world how you can make free-to-play profitable without a compromised experience. One of the benefits of Pokémon Go is that while it's snackable, it can be played for minutes or hours at a time. Our World, however, forces you to stop playing for 10 minutes at a time unless you wanna pony up some cash, and that's not fun.

At the risk of nitpicking, it all looks a little grungy, and the game looks like every stereotype of the violent death-and-gore genre. The first time I played it, I thought it looked like the sort of thing that the cops on Law & Order would grimly stare at wondering, out loud, what the youth of today are doing with their lives.

I was really looking forward to getting into another AR-augmented game that lets you do something more meaningful in the great outdoors. But Our World doesn't have the staying power to replace the others in my affections. However much Next Games spent on the Walking Dead license might have been better spent on crafting a decent game. There's room for a game like this in the world, it's just not this one.

In this article: AR, AugmentedReality, av, entertainment, gaming, mobile, MobileGame, OurWorld, PokemonGo, TheWalkingDead, TheWalkingDeadOurWorld
All products recommended by Engadget are selected by our editorial team, independent of our parent company. Some of our stories include affiliate links. If you buy something through one of these links, we may earn an affiliate commission.